Europe-based troops get a look at the lighter, faster M-ATV 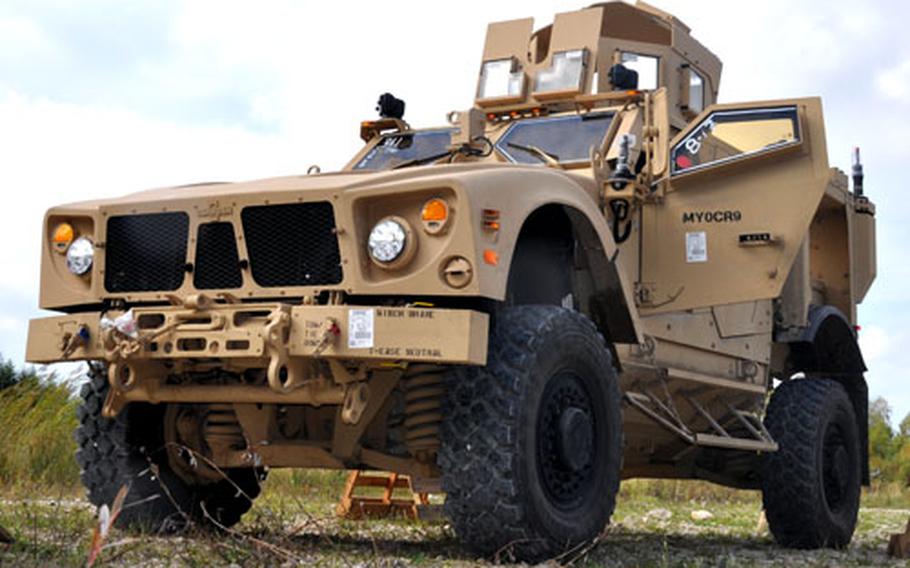 The M-ATV is smaller, faster, and more agile than the previous version of the Mine-Resistant Ambush Protected Vehicle. (Dan Blottenberger / S&S)

The M-ATV is smaller, faster, and more agile than the previous version of the Mine-Resistant Ambush Protected Vehicle. (Dan Blottenberger / S&S) 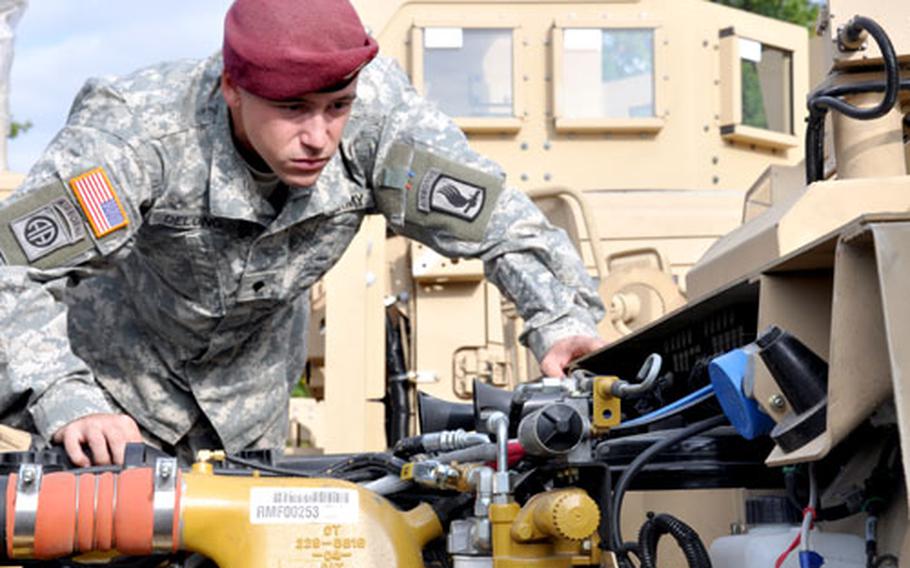 Spc. Levi DeLong takes a look through the engine of the new MRAP All-Terrain Vehicle during training on the new vehicle in Bamberg, Germany, on Tuesday. (Dan Blottenberger / S&S) 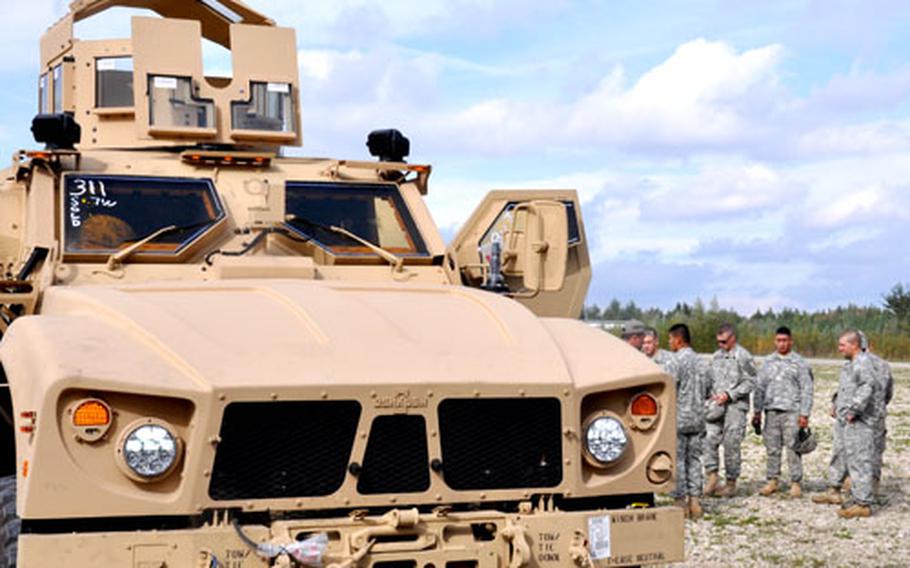 Ten MRAP All-Terrain Vehicles were sent to Bamberg, Germany, where troops will train on the vehicle before deploying to Afghanistan later this year. (Dan Blottenberger / S&S)

BAMBERG, Germany &#8212; Some 300 Europe-based U.S. soldiers are getting an early crack at using the new MRAP all-terrain vehicle before deploying to Afghanistan later this year.

The Mine Resistant Ambush Protected ATV is designed to reduce casualties from roadside bombs, but also to be lighter and more agile in Afghanistan&#8217;s mountainous terrain than earlier versions of the MRAP.

Troops from the 173rd Airborne Brigade Combat Team in Vicenza, Italy, and Bamberg are the first troops outside Afghanistan to train on the vehicle. The first batch of M-ATVs arrived in Afghanistan on Thursday.

In Bamberg, the troops will get 14 hours of training, including classroom time and road testing on 10 M-ATVs, said Cecil Moore of U.S. Army Europe&#8217;s force management division.

On Tuesday, 173rd soldiers huddled in the motor pool at Bamberg to check out the new M-ATVs.

&#8220;I would say it is 99 percent greatness,&#8221; said Sgt. Harold Ofomunoz after he and his fellow soldiers got a chance to take a thorough view of the vehicle as part of their training.

Ofomunoz, who has deployed twice to Afghanistan and once to Iraq, said the improvements in the M-ATV compared to the MRAP &#8220;are amazing.&#8221;

&#8220;You have three things in the M-ATV; command and control, communications and space,&#8221; all of which he noted were deficiencies in the Humvee and the earlier version of the MRAP.

Those who drove the vehicle Tuesday said they felt less susceptible to rollovers in the M-ATV than in the more top-heavy MRAP, which were designed for use in Iraq.

Oshkosh Corp. has so far received orders valued at $2.3 billion for 4,296 M-ATVs, spare parts and support services, the company said in a news release on its Web site. The company intends to manufacture 1,000 of the vehicles a month for a total of about 6,600 vehicles.

Comments given by troops in the early testing will be taken into consideration as manufacturing continues, said Gary Smith of Science Applications International Corp., contracted by the Department of Defense to train troops on the M-ATV.

Spc. Levi Delong had just a few words to describe his first reaction to the M-ATV in Bamberg.