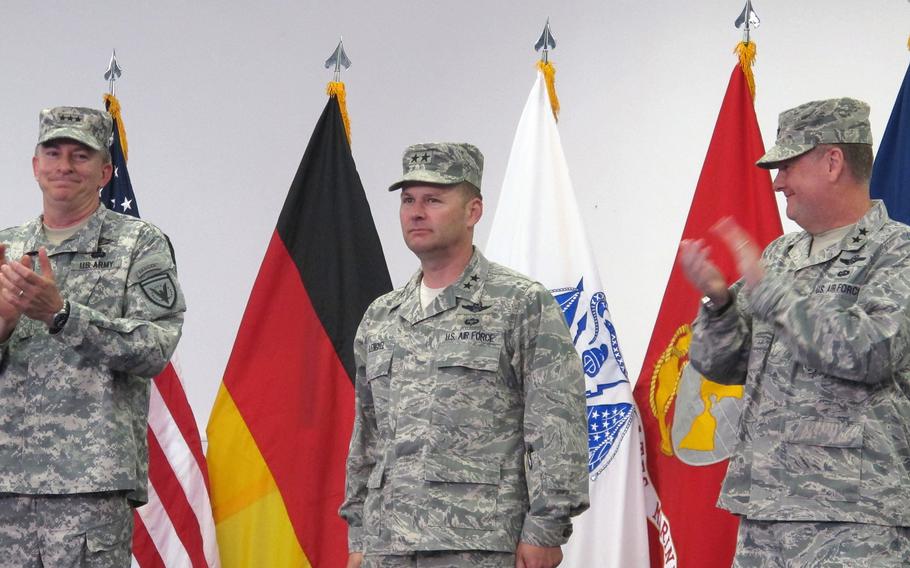 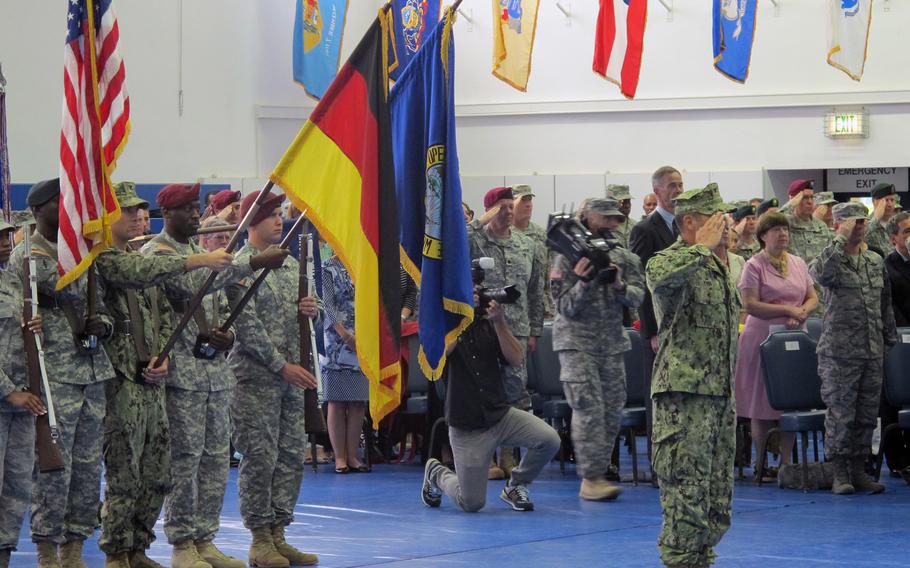 STUTTGART, Germany — Air Force Maj. Gen. Gregory J. Lengyel assumed command of Europe-based special operations troops on Tuesday, taking over leadership of a force that, after years of focus on Afghanistan, is turning its attention to NATO’s borders.

“When many thought Europe would solely be a producer of world security, events of the past year have validated that this theater of operations still has an appetite to, at times, consume world security,” Lengyel said during a change-of-command ceremony in Stuttgart.

In Ukraine, Russia’s annexation of the Crimea Peninsula and its continued support of pro-Russian separatists have prompted the U.S. and NATO to re-evaluate their assumptions about security in Europe. NATO members in the eastern Europe are especially worried that an unpredictable Russia could destabilize the broader region.

In response, SOCEUR troops have increased missions in the east during the past year, training and exercising with allied special operations forces.

At the same time, along NATO’s southern flank there is heightened concern over the Islamic State, a militant group that has seized territory in Iraq and Syria. The fact that many of the group’s fighters come from Europe is raising fear that returning jihadists could carry out attacks at home.

“During this time he has transformed SOCEUR from a command focused on supporting operations in Afghanistan to a command that can operate at the pace of the challenge in dealing with the complex issues across Europe,” Garrett said.

While at EUCOM, Webb oversaw the March Navy SEAL operation in the Mediterranean that resulted in the recapture of a hijacked Libyan oil tanker.

“One only has to turn on the news to look at what is happening on the borders of EUCOM, in Syria, the eastern flank of Europe, the continuing trouble in north Africa,” Webb said. “This is an uncertain world and we’ve got to be ready. And we are.”

Lengyel previously served as commandant of cadets at the U.S. Air Force Academy.

“You’re joining us at a critical time in history,” Garrett told him. “The security environment is changing around us.”

Correction Lt. Gen. William Garrett III was misquoted in an earlier verison of this article.