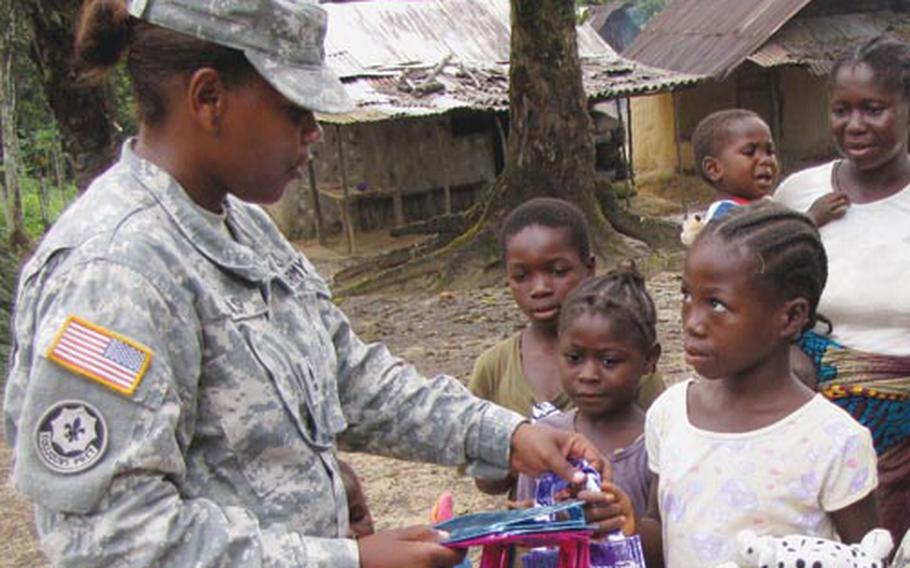 Sgt. 1st Class Dedraf Blash passes out school supplies to children in a Liberian village near Camp Sandi Ware, where she spent three months helping run a military medical clinic and mentoring female soldiers in the Armed Forces of Liberia. (Courtesy of the U.S. Army)

Sgt. 1st Class Dedraf Blash passes out school supplies to children in a Liberian village near Camp Sandi Ware, where she spent three months helping run a military medical clinic and mentoring female soldiers in the Armed Forces of Liberia. (Courtesy of the U.S. Army) 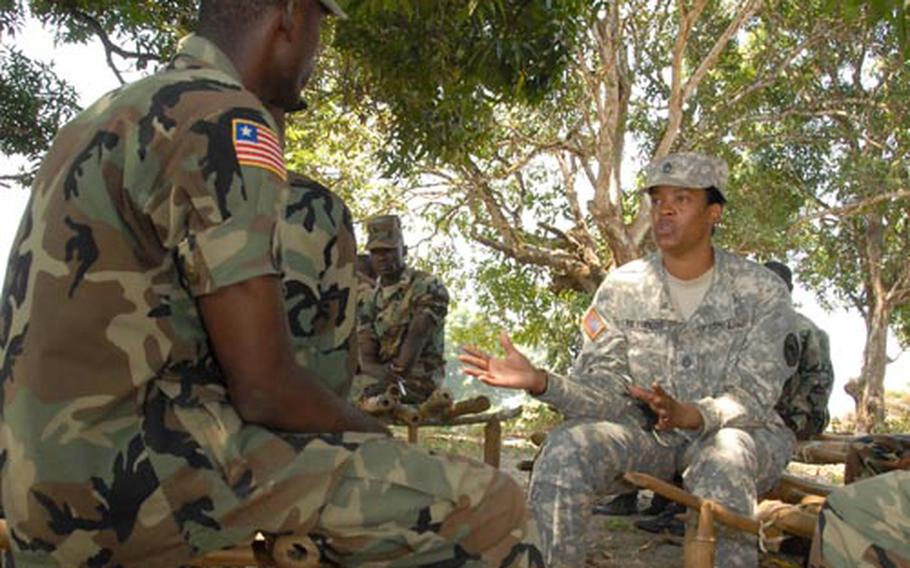 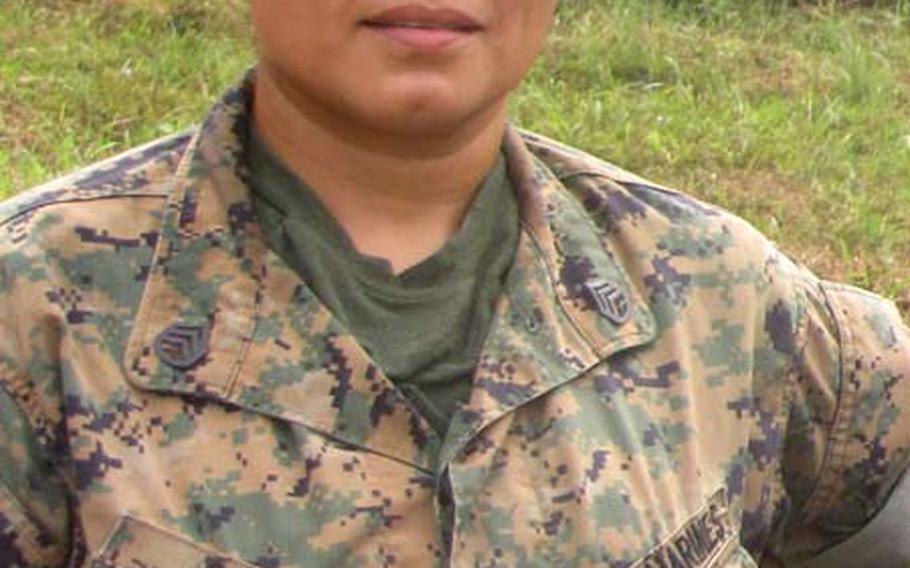 Army Sgts. 1st Class Shanwte Reynolds and Dedraf Blash and Marine Corps Staff Sgt. Veronica Soto have almost 40 years of service time among them &#8212; more than enough to have a good handle on what it&#8217;s like to be a woman serving in the military.

The three Europe-based noncommissioned officers put that knowledge to use during the past year by mentoring female soldiers in the Armed Forces of Liberia.

The AFL was formed in 2007 in an attempt to create a modern military in a country torn by years of civil war. Most of the troops have little or no military experience.

That includes the approximately 70 women among the 2,200 troops in the 23rd Infantry Brigade, spread between two base camps not far from the capital of Monrovia. Blash spent much of her three-month stint at Camp Ware, while Reynolds and Soto were mainly based at Edward Binyah Kesselly barracks during their four months in country.

The three served as part of the Liberia Security Sector Reform, a program run by the U.S. Department of State. Troops from various U.S. services are serving as mentors to their Liberian counterparts in an array of fields.

But each was also tasked with mentoring female troops and supporting them in their interaction with male colleagues. Only a handful of women serve as NCOs or officers in the Liberian military.

Reynolds, who along with Soto is assigned to U.S. Africa Command headquarters in Stuttgart, Germany, said Liberia&#8217;s attempt to integrate women into the military probably isn&#8217;t much different than American efforts to do so decades ago.

Reynolds said that during her 20-year military career, she&#8217;s noticed improvements in how American female soldiers are treated. And she credits a number of mentors &#8212; both female and male &#8212; for helping her become a better soldier. She said NCOs naturally serve as mentors in U.S. forces, so it wasn&#8217;t much of a stretch to offer advice &#8212; and serve as examples.

"I think the males and females both needed to see that not only could a female be in charge of them, but she could work beside them," she said in a telephone interview.

Blash, assigned to U.S. Army Africa in Vicenza, Italy, said male soldiers weren&#8217;t the only ones who needed attitude adjustments. She noticed that several female troops placed in roles of responsibility weren&#8217;t getting the respect they deserved. For example, one NCO was having trouble getting a male soldier of lesser rank to arrive on time for formation. Blash told the NCO that if she wanted respect, she had to demand it. And she had to demonstrate confidence in her own abilities.

Some of that, Blash said, was simply a matter of posture: A good NCO needs to make eye contact and not stare at the ground.

Soto made a distinct impression on Martha Nebo, a private in the AFL who talked about her efforts in a brief telephone interview.

"She taught me to stand up for who I am and to be able to make sound decisions," Nebo said of Soto.

Soto and Reynolds both helped her through some personal issues not directly tied to her military service as well, she said.

Nebo said it sometimes isn&#8217;t easy being a woman in the Liberian military.

"Sometimes we&#8217;re treated with respect, sometimes not," she said. "I wanted to join the military to serve my country."

Asked if she planned to make it a career, she answered, "I would very much like to."

Reynolds said working with soldiers like Nebo made her feel as though she was making a difference during her stint in Liberia.

"Out of my 20 years (in the military), those four months were almost like a gift the Army gave to me," Reynolds said.