Yokota to start housing most unaccompanied personnel off base 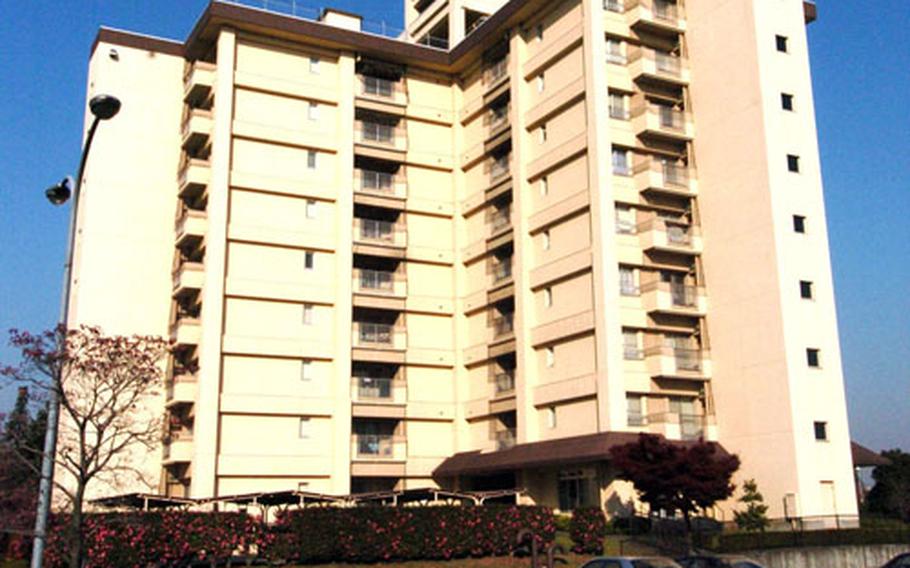 This apartment tower at Yokota Air Base, Japan, was the site of an eighth-floor fire in 2003. (Jim Schulz / S&S)

YOKOTA AIR BASE, Japan &mdash; Yokota announced Friday that its &ldquo;base-first&rdquo; housing policy would no longer apply to many incoming officers and NCOs, who will have to live outside the gates of the suburban Tokyo installation if they are unaccompanied.

After the Air Force denied Yokota&rsquo;s request to continue using surplus family housing units for unaccompanied NCOs, officers and civilians, the base cannot afford the $5 million it costs annually to maintain 900 units on Yokota, base commander Col. Mark August said during a radio broadcast on American Forces Network.

There are more than 1,000 unaccompanied servicemembers currently stationed at Yokota, according to base officials.

&ldquo;If you&rsquo;re going to be PCS&rsquo;ing (to Yokota) in say the winter time or next summer, we&rsquo;re going to tell these folks: Here&rsquo;s the housing policy, be prepared to live off base,&rdquo; August said.

In the meantime, August said, the base is looking for volunteers &mdash; particularly E-5s and E-6s &mdash; with more than a year left at Yokota to live off-base. They would have to pay their own moving costs.

Yokota&rsquo;s housing surplus has grown in recent years as the military community shrank because of military units relocating elsewhere, Yokota officials said in fall 2009, when they first made family housing units available to unaccompanied commissioned officers and Defense Department civilians.

They cited two reasons for the 2009 move, which they executed on a temporary basis while waiting for final approval: Raise occupancy rates in the Japanese-built homes on the base and save the military millions in off-base housing allowances.

It costs the military $35,000-$45,000 a year to house an individual or family in the community surrounding Yokota, compared with about $5,000 if they live on base, Yokota&rsquo;s 374th Mission Support Group Commander told Stars and Stripes in 2010.

The new policy will not force anyone in unaccompanied housing out of their homes now, August said.

The new policy affects only military personnel, but the wing is working on applying it to civilians, August said.