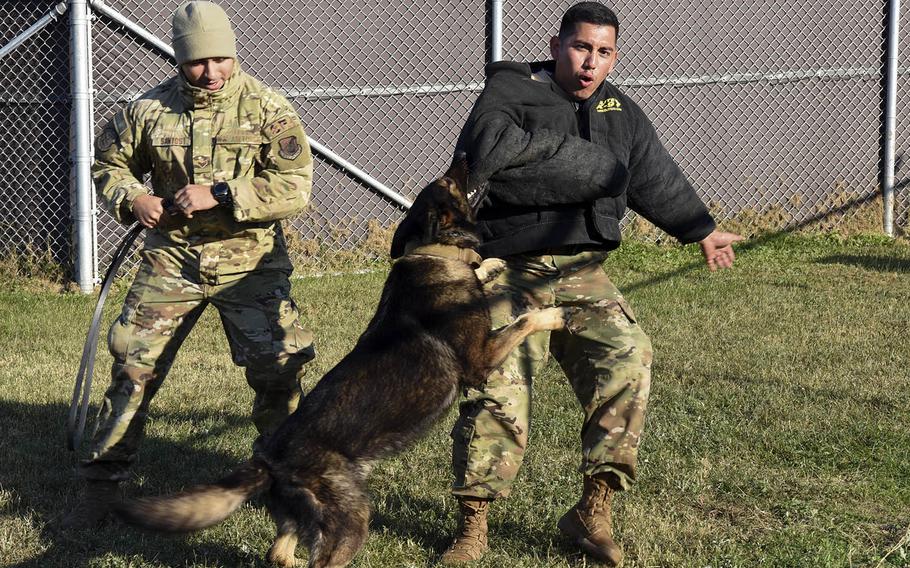 YOKOTA AIR BASE, Japan — The Air Force has identified an airman who died over the weekend at the home of U.S. Forces Japan in western Tokyo as a military working dog handler with the 374th Security Forces Squadron.

Senior Airman Edwin Leyva was pronounced dead at Yokota’s Urgent Care Center, according to a statement Tuesday from the 374th Airlift Wing.

“Senior Airman Edwin Leyva epitomized the very best in what we ask and expect of a military working dog handler,” squadron commander Lt. Col. Jonathon Murray said in the statement.

Leyva constantly strove to improve his craft and cared immensely for his fellow defenders, Murray said.

“His positive attitude and smile had a way of impacting all of those around him,” he said.

The cause of death is under investigation, according to the wing.