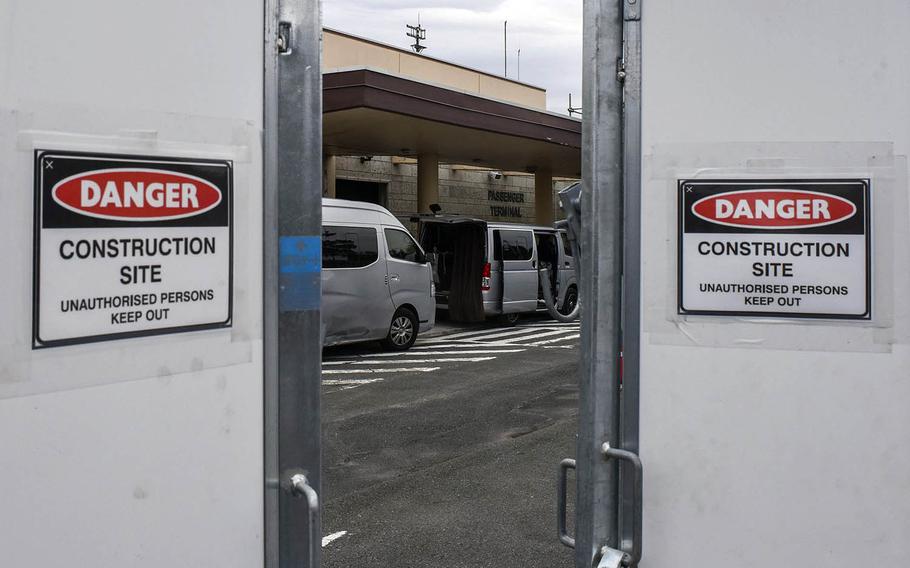 YOKOTA AIR BASE, Japan — An airport terminal that has welcomed U.S. troops and their families to Tokyo since the Vietnam War is getting a $25 million facelift.

The Yokota Passenger Terminal, in operation since 1969, processes 60,000-75,000 passengers and up to 2,000 tons of baggage each year, said the facility’s service supervisor, Air Force Staff Sgt. Zackary Johnson.

The 46,000-square-foot building at the home of U.S. Forces Japan in western Tokyo is tiny compared to Narita and Haneda, the commercial international airports in the region that include hundreds of duty-free shops and restaurants along with myriad other options.

The work is being done by Gilbane Federal, a Rhode Island-based global construction firm, and is scheduled to be complete in early 2022.

It will include earthquake strengthening and expanding the terminal from a single gate to one inbound and two outbound gates, said Michael Garron, Yokota’s civilian chief of the Combat Readiness and Resources Flight.

The building will also get a new look that includes red columns along its façade that imitate the torii gates found at the entrances to Shinto shrines.

“It’s almost like building a new building onto the old framework,” Garron said.

The terminal caters to passengers and handles luggage on the Patriot Express, which flies Boeing 767 jets between Yokota and Kadena air bases in Japan, Osan Air Base, South Korea, and the U.S. West Coast.

However, it can handle passengers from any type of aircraft that lands or takes off from Yokota, and it’s a way station for passengers going to other bases in the Indo-Pacific region such as in Singapore or Diego Garcia.

On any given day the terminal might be filled with troops in uniform, family members or veterans flying on a space availability, or “Space A,” status.

The terminal won’t be getting the high-tech passport scanners and facial recognition systems that some civilian airports are installing, although that might happen one day, Garron said.