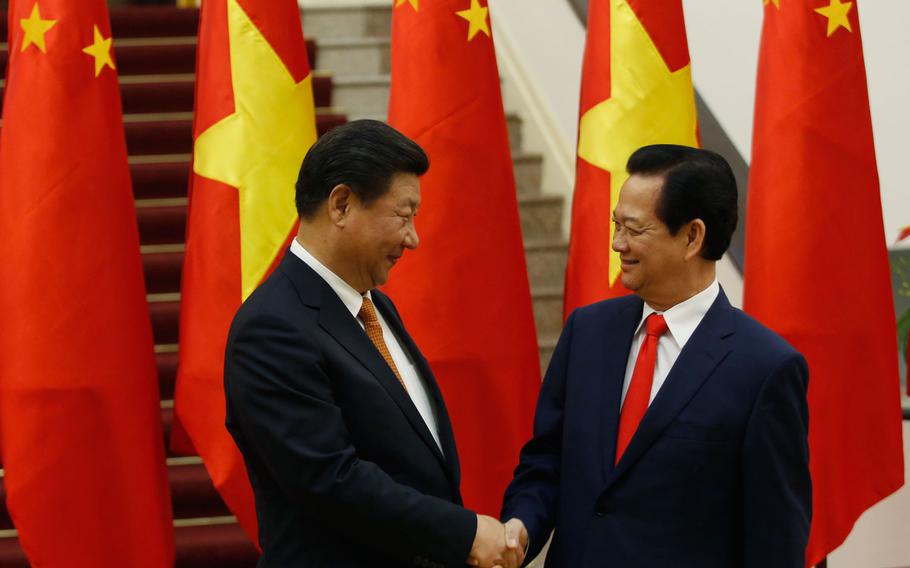 HANOI, Vietnam — Vietnamese Prime Minister Nguyen Tan Dung says the communist country will do its best to develop good relations with China, but at the same time will defend its sovereignty in the disputed South China Sea.

In a televised testimony before the National Assembly on Wednesday, Dung called for strengthening of the country's national defense and security, and for international support for national construction and defense.

Vietnam and China along with several other countries are locked in territorial disputes in the South China Sea, where recent Chinese land reclamation projects have raised serious concerns.

Relations between the two communist neighbors plunged to their lowest point in years following the parking of a Chinese giant oil rig near the Paracels islands last year.