USS Freedom back in action after sidelined by maintenance issues 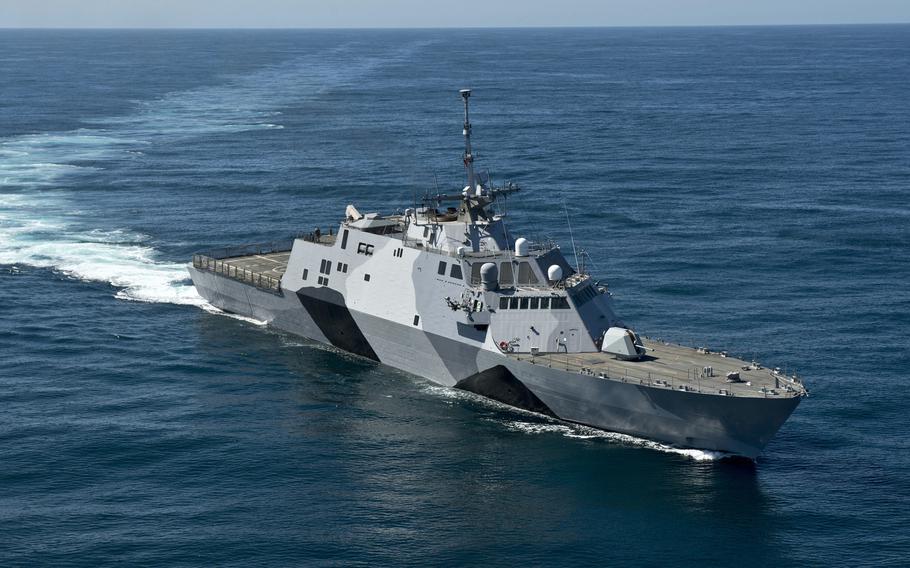 Doss said the ship participated in the exercise’s “most complex scenario,” including combined training in air defense as well as surface and anti-submarine warfare.

The Freedom was en route to the exercises on July 20 when it was forced back to its base in Singapore after briefly losing propulsion as it prepared for a vertical replenishment.

An initial assessment identified exhaust leaks in turbochargers for the ship’s diesel generators that caused one generator to overheat and shut down. The Freedom also had problems load-shedding between online generators, which is the process of prioritizing and shutting down non-essential systems to maximize power.

The ship never completely lost power and the crew was able to restore propulsion and complete the mission. There were no injuries and no damage to the ship.

Upon their arrival back in port July 21, the crew and maintenance technicians replaced fuel oil delivery system components as well as turbochargers in two of the diesel generators, Doss said. They left port for the exercise’s finale Wednesday afternoon.

The Navy’s littoral combat ship program has been the focus of intense scrutiny since its inception in 2002. Early concerns involved cost overruns and structural deficiencies that included hull cracks, corrosion and system failures. Once the $440 million ships became operational, officials raised alarms over their combat effectiveness, design and durability.

The ships are being phased into the fleet to replace aging Oliver Hazard Perry-class frigates, Avenger-class mine countermeasure ships and Osprey-class coastal mine hunters. By the end of 2021, the Navy expects to have 24 littoral ships under contract, with 16 assigned to the Pacific Fleet.

The Government Accountability Office recommended the Navy slow construction of the ships this week so more testing can be done to determine whether they can meet the Navy’s needs. The Navy has disputed the recommendation and has pledged to move ahead with the current delivery schedule.