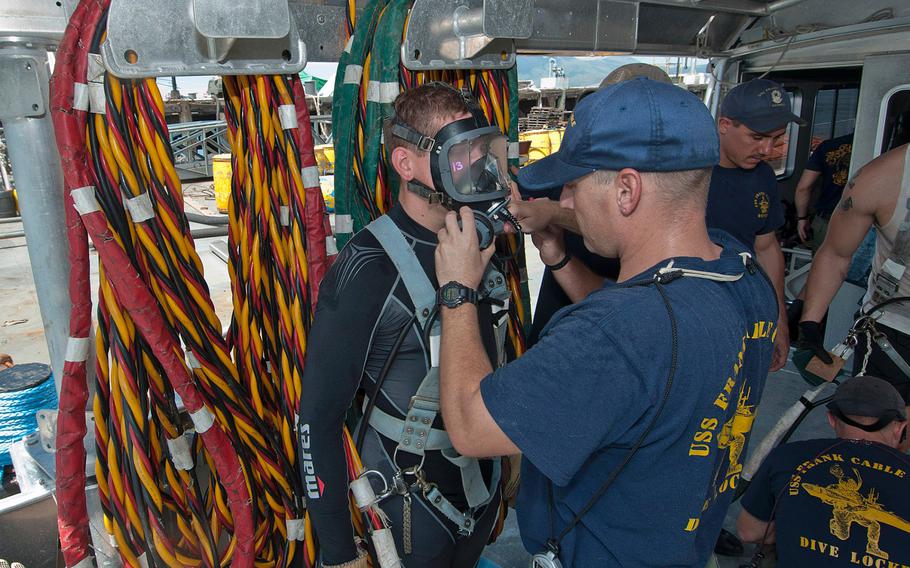 A sailor assigned to the USS Frank Cable died this week during a diving incident in Guam, the Navy said Friday.

The Navy is conducting an investigation, according to the Joint Region Marianas public affairs office.

Dotzler reported to Frank Cable in 2011 and was stationed at the Naval Diving and Salvage Training Center in Florida prior to his assignment on Guam.