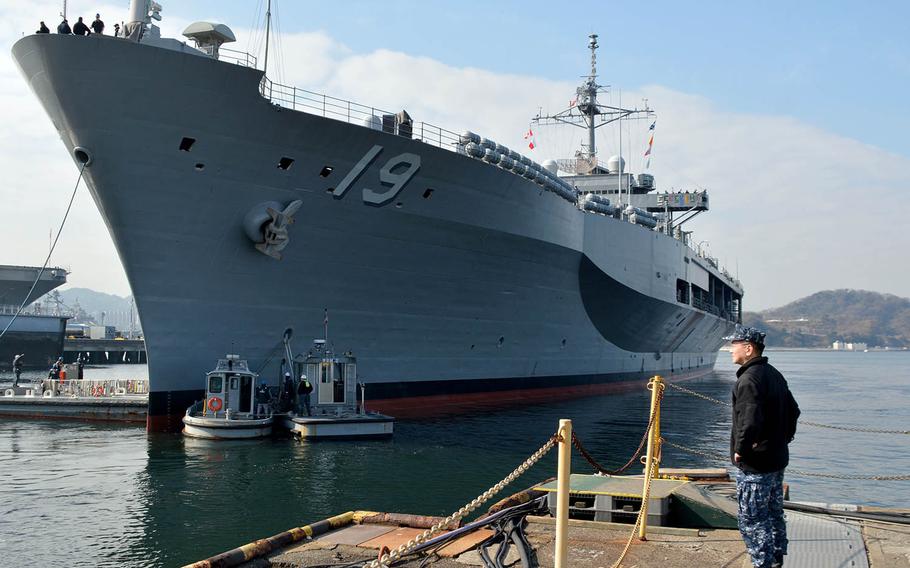 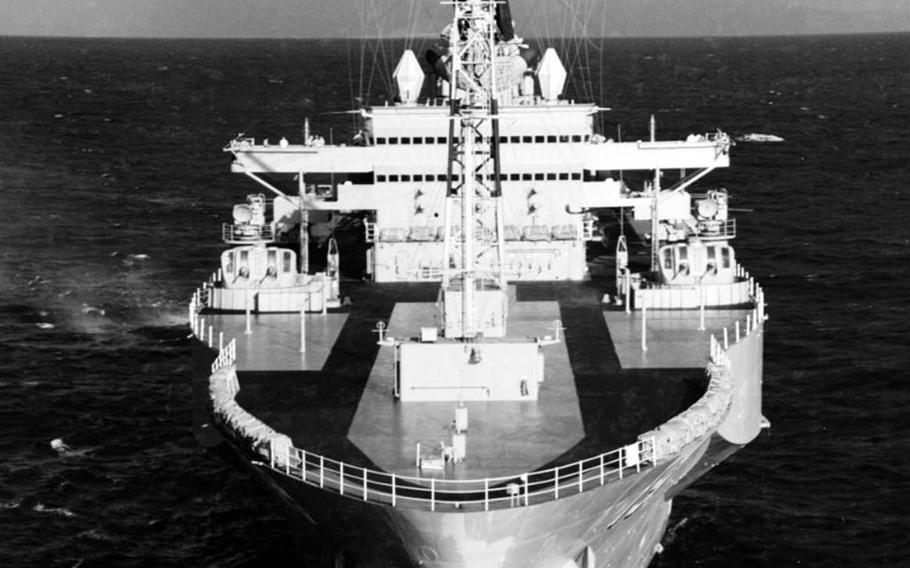 The USS Blue Ridge steams near Oahu, Hawaii, Sept. 3, 1977. Commissioned in 1970, it is the Navy's oldest deployable warship and its second oldest active vessel. (Courtesy of the U.S. Navy)

YOKOSUKA NAVAL BASE, Japan — The Navy’s oldest deployable warship is slated to head out to sea this summer after wrapping up a nearly two-year maintenance period.

All “major” work has been finished on the USS Blue Ridge after an extended dry dock and upkeep period, the Navy announced Monday in a statement that said the command ship is now officially “safe-to-train and safe-to-operate.”

“It has been 23 months since we started this [maintenance period], making it the longest in Blue Ridge’s history,” Capt. Brett Crozier, the ship’s skipper, said in the statement. “But it was essential, as we extended the life of the ship another 20 years, meaning this will one day be a 70-year-old ship.”

The ship entered dry dock in June 2016 for what was supposed to be 14 months to undergo various maintenance, repairs, refurbishments and system upgrades.

However, unexpected issues with the Blue Ridge’s engineering plant were discovered, causing it to remain in dry dock past its scheduled completion date of August 2017.

The repairs cost more than $60 million and took about 135,000 man hours to complete, the Navy said.

The ship “received numerous upgrades, including installation of the Consolidated Afloat Networks and Enterprise Services computer system, modernization of the ship’s engineering plant, and refurbishment of the main condenser and ventilation systems,” a previous statement said.

Installing CANES on a ship will “consolidate and modernize communications, computers and intelligence network systems,” according to Northrop Grumman.

“Significant work was done completely rebuilding the boilers and associated equipment in the fire room and engine room, making this another major step we have been preparing and training for,” Crozier said. “So, this is not the finish line for us. There is still plenty of work to accomplish.”

Crozier said the Blue Ridge’s crew is excited to man their ship once again.

“We’re kind of like a baseball team being able to finally take the field in a new ballpark after months of practicing in the parking lot,” he said. “A lot more training and certification will be required before we are ready to cast off all lines, but I am confident that if we continue to work hard and take care of one another, we will all be smiling when we’re underway again.”

Commissioned in 1970, the Blue Ridge is the Navy’s oldest deployable warship and its second oldest active vessel. Only the USS Constitution, which is primarily a ceremonial ship, is older.

The Blue Ridge is one of only two amphibious-command ships still in service. The other – the USS Mount Whitney – is the flagship for the Navy’s 6th Fleet out of Naples, Italy.