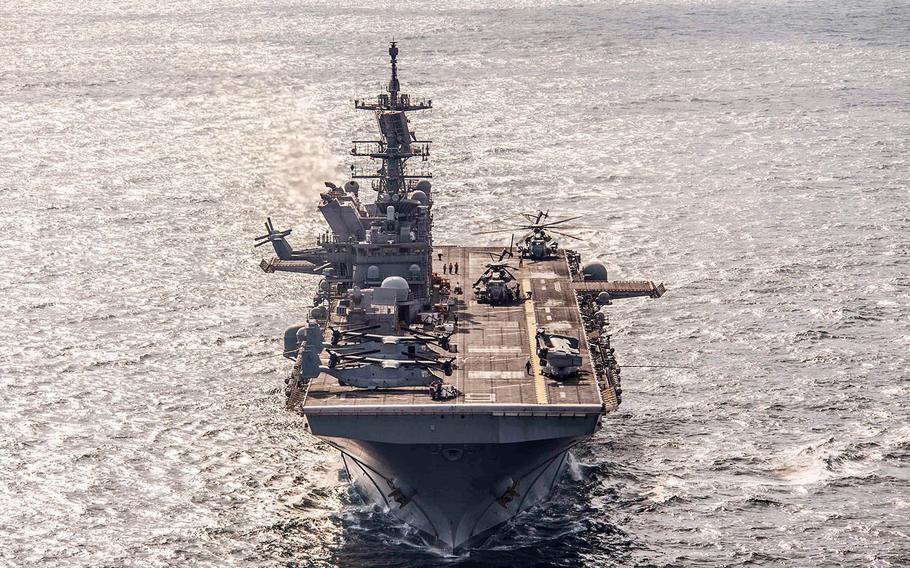 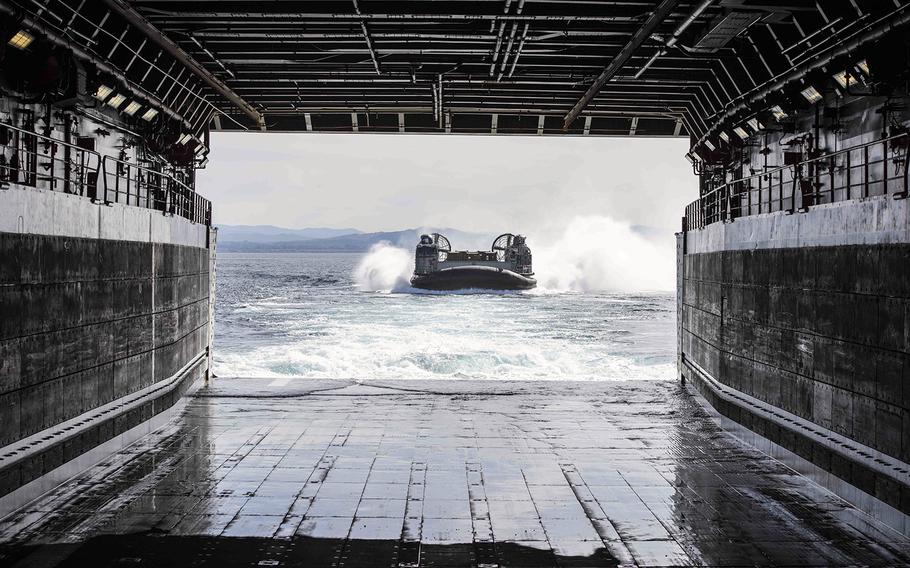 TOKYO — Two ships are leaving the 7th Fleet, but two more are joining the forward-deployed force in Japan, the Navy announced Friday.

The amphibious assault ship USS Wasp, homeported at Sasebo Naval Base, and the guided-missile destroyer USS Stethem, at Yokosuka Naval Base, will return to the United States after spending several years in Japan, according to the Navy statement.

“The security environment in the Indo-Pacific requires that the U.S. Navy station the most capable ships forward,” the Navy said in its statement. “This posture allows the most rapid response times possible for maritime and joint forces and brings our most capable ships with the greatest amount of striking power and operational capability to bear in the timeliest manner.”

The 844-foot Wasp, the first flat-deck amphibious ship to embark the Marine Corps’ F-35B Lightning II, will move to Norfolk Naval Base in Virginia for scheduled maintenance while the Stethem shifts its homeport to San Diego, where it will undergo midlife modernization.

Since joining 7th Fleet in January 2018, the Wasp has conducted relief operations after Super Typhoon Mangkhut struck the Northern Mariana Islands, embarked the F-35B and the 31st Marine Expeditionary Force for multiple deployments and exercises, and conducted international operations with allied nations throughout the Pacific.

“We were on station within 12 hours of that typhoon blowing through,” said Capt. Jim McGovern, the Amphibious Squadron 11 commander in a March interview with Stars and Stripes. “The American citizens in Rota were infinitely thankful that we were there to help them. It was a huge morale boost for the crew.”

Seaman Nathan Pfister, an operations specialist aboard the Wasp, said his favorite mission is amphibious landings.

“I’m a really big history nerd,” he said during an interview in March. “It’s kind of like World War II – getting [Marines] onto the beach and out of our well deck. It makes me feel like I’m actually doing something.”

The Stetham’s move from Yokosuka, where it’s been since 2005, will leave the 7th Fleet with one less guided-missile destroyer than it had two years ago.

Two destroyers — USS Fitzgerald and USS John S. McCain — were taken out of service after separate collisions with commercial vessels in summer 2017 that killed 17 sailors.

The destroyer USS Milius arrived in Yokosuka in May 2017. The McCain left drydock there, where it underwent repairs, and returned to its pier in November. The Fitzgerald remains under repair in Pascagoula, Miss.