USNS Brunswick proves its worth during Pacific Partnership mission 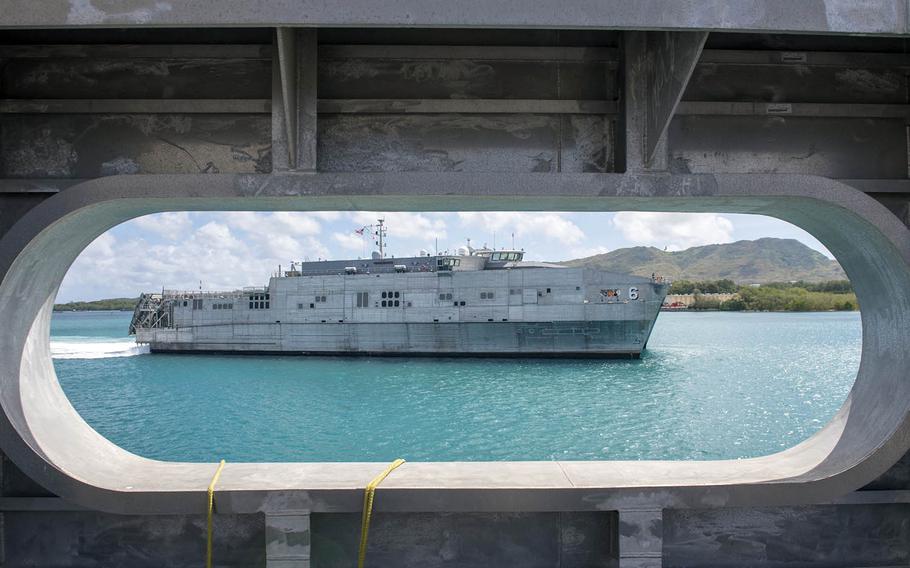 The USNS Brunswick prepares to moor at Naval Base Guam in support of this year's Pacific Partnership mission, March 16, 2018. (Byron Linder/U.S. Navy photo)

The USNS Brunswick prepares to moor at Naval Base Guam in support of this year's Pacific Partnership mission, March 16, 2018. (Byron Linder/U.S. Navy photo) 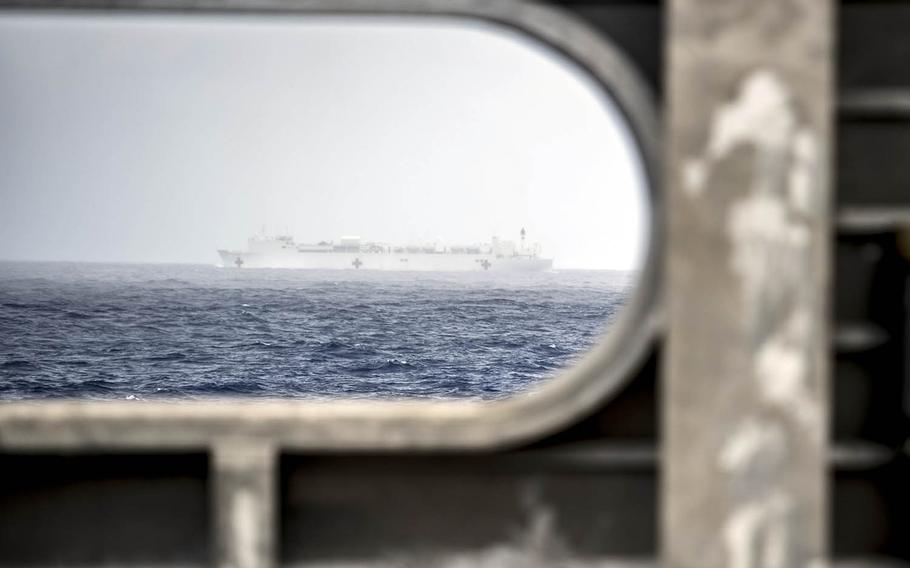 A Navy high-speed, shallow-draft transport ship is proving its worth this month during disaster-response drills in Southeast Asia, said the vessel’s British commander.

The USNS Brunswick has deployed to the region along with the hospital ship USNS Mercy for Pacific Partnership 2018, the Asia-Pacific’s largest humanitarian assistance and disaster-relief preparedness mission, which kicked off in February and runs through June.

The Brunswick is visiting Yap, Palau, Malaysia and Thailand, while the Mercy, which was recently in Indonesia, has scheduled stops in Sri Lanka, Malaysia and Vietnam. The ships are carrying servicemembers from the Army, Navy, Marine Corps and Coast Guard, along with personnel from Australia, Canada, France, Japan, South Korea and the United Kingdom.

British Royal Navy Capt. Peter Olive, who is skippering the Brunswick and serving as Pacific Partnership’s deputy mission commander, told reporters during a teleconference this week that the uniquely designed transport ship’s speed makes it ideal for visits to far flung Micronesian islands.

“She is a real friend of the Western Pacific,” he said.

Ships like the Brunswick, which was launched in May 2015, can travel up to 1,200 nautical miles at up to 45 knots carrying personnel, equipment and supplies, the Navy said.

The Brunswick replaced a similar ship, the USNS Fall River, which was slated to join this year’s Pacific Partnership until a pre-deployment inspection revealed the need for maintenance and repairs.

The Fall River visited Kuching — capital of the Malaysian state of Sarawak on the island of Borneo — during last year’s Pacific Partnership mission. Getting there required the ship to enter a river and turn with limited space, U.S. Ambassador to Malaysia Kamala Lakhdhir said during the teleconference.

“And so the presence of this different kind of vessel has expanded the reach and scope of Pacific Partnership,” she said. “That we are having both the Mercy and the Brunswick allows us greater flexibility in what we can do.”

The Mercy recently arrived at Port Klang, near the Malaysian capital of Kuala Lumpur, and the Brunswick will be in Tawau on the island of Borneo later this month.

The visits focus on military and civilian preparedness for a natural disaster, Lakhdhir said.

“This exercise really supports Malaysia and the U.S. in their military relationship,” she said, noting that Malaysia will for the first time send a warship to the biennial Rim of the Pacific exercise in Hawaii this summer.

“Our goal is to ensure that we are all prepared to quickly assess and respond together when the next natural disaster strikes the region,” he said. “It’s not ‘if’ unfortunately, it is ‘when,’ and we must prepare.”

The Brunswick has already visited Yap and Palau where personnel carried out engineering projects and provided locals with medical care, Bretz said.

“In Yap we managed to see something like 1,184 patients; that’s around one-sixth of the population of the main island,” Olive said.

An engineering project at a Palau elementary school that doubles as a storm shelter improved access for disabled people and strengthened the facility against hurricanes, he said.

Marines and Japanese personnel from the ship also laid a wreath in honor of those who fell during a World War II battle at Peleliu, he added.