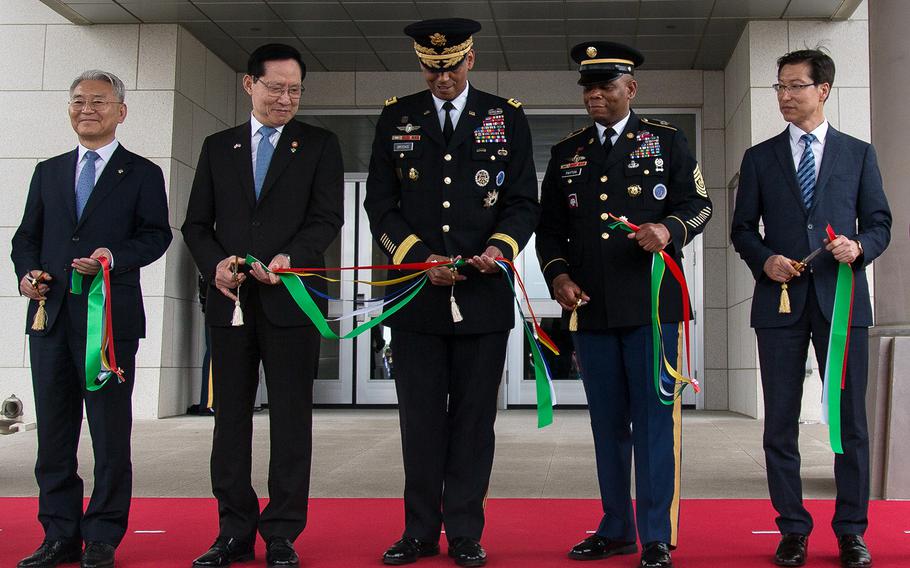 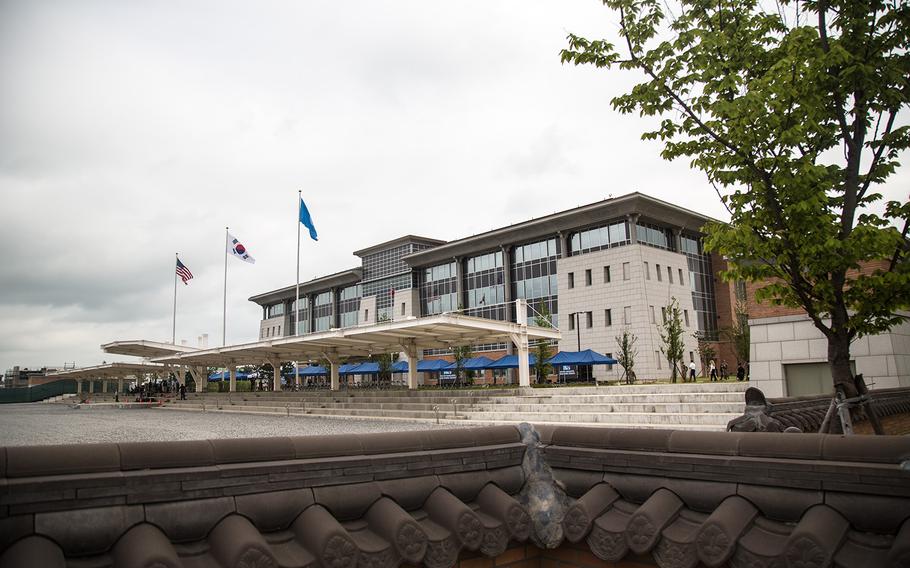 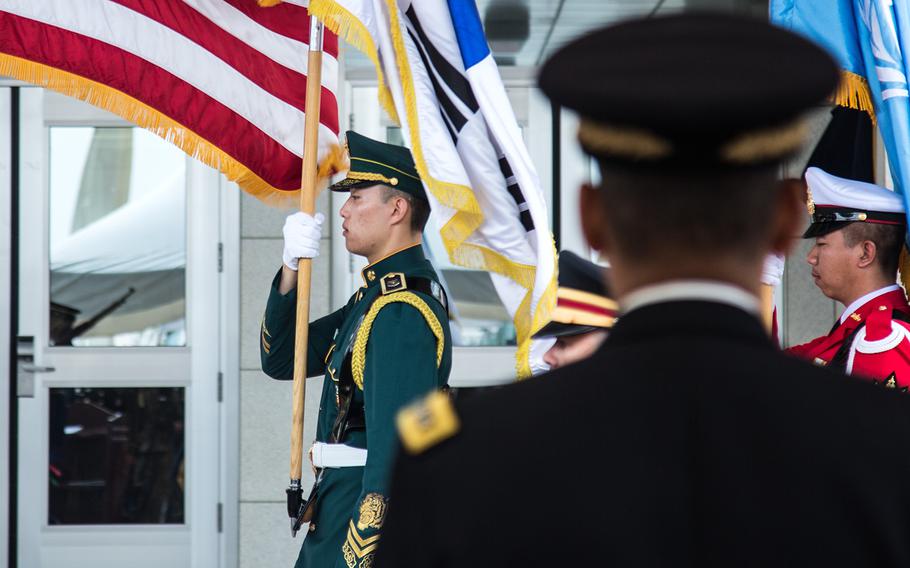 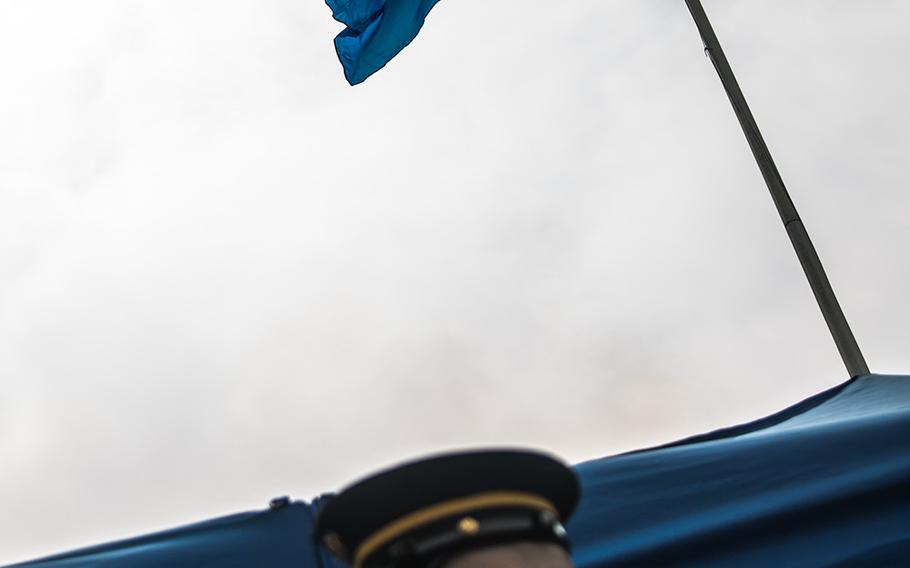 CAMP HUMPHREYS, South Korea – The U.S. military has taken a major step toward ending seven decades of deployments near the border with North Korea by officially moving its main command on the peninsula south of Seoul to an expanded Camp Humphreys.

The official opening of the new $77 million U.S. Forces Korea headquarters Friday marked a milestone in the frequently postponed plans to relocate most American troops away from the capital and areas to the north.

The move, which was originally supposed to take place in 2008, has gained momentum as tensions on the divided peninsula have eased and the North engages in talks with the United States over its nuclear weapons program.

Gen. Vincent Brooks, the commander of U.S. Forces Korea, stressed during a ceremony to open his new headquarters, that Americans aren’t going anywhere despite the consolidation of the military’s footprint, centered in Seoul since before the 1950-53 Korean War, which ended in an armistice instead of a peace treaty.

“This headquarters … represents the significant investment in the long-term presence of U.S. forces in Korea,” he said in declaring the new headquarters open for business on the base in the rural area of Pyeongtaek, some 40 miles south of Seoul.

Brooks noted that South Korea has paid 90 percent of the nearly $10.8 billion cost to develop Camp Humphreys from a remote airfield into the equivalent of a small American town.

The new four-story USFK headquarters building, which has two annexes and a parade ground, replaces the command’s longtime home in the so-called White House on Yongsan Army Garrison in Seoul.

It sits next to the Eighth Army headquarters, which opened last summer. The 2nd Infantry Division, which is stationed north of Seoul and mans the front lines, also will move to Humphreys, although no date has been set.

The relocation plan is the result of a 2004 agreement between the United States and South Korea, which is eager to reclaim Yongsan and other bases that are occupying what has become prime real estate in the Asian economic powerhouse.

Brooks, who also leads the United Nations Command and the Combined Forces Command, acknowledged there may be separation anxiety since the CFC will remain in Seoul.

“It represents the start of a new era and a new set of relationships,” he said. “Our relationships and our histories are intertwined and they are strong enough to support this separation without weakening any of the three commands.”

“And U.S. Forces Korea will remain the living proof of the American commitment to the alliance,” he added.

In all, two-thirds of the USFK and UNC staff, or about 650 employees and their families, are expected to move to Humphreys this summer and the population is projected to reach 40,000 when the transition is completed. Brooks said it’s believed to be the largest U.S. overseas base.

“The alliance has been the foundation for peace and stability, and paved the way for South Korea’s democratization and economic growth,” he said in a speech read at the ceremony by one of his aides.

The relocation agreement was supposed to take place in 2008 but was pushed back to 2012, then 2016 due to construction and quality control issues. The military finally stopped giving deadlines, saying the move would be conditions-based.

The aging Yongsan Garrison, which was used by the Japanese occupation force from 1910-45 before the Americans moved in after World War II, has begun to shrink but still had a population of 12,000 last month.

No major changes to the barbed-wire lined perimeter are expected until late next year when a new hospital is due to open on Humphreys allowing the Yongsan facility to close, officials have said.

A secure operations center also is not expected to open until January 2021 — although a temporary facility is being built in the meantime, according to a timeline laid out at a recent town-hall meeting on Yongsan.

The 210th Field Artillery Brigade will stay on Camp Casey near the border until the South Koreans have developed the military capabilities to replace it. And the United States will maintain the mountainous Rodriguez Live Fire Complex for training.

The relocation puts the bulk of the some 28,500 American servicemembers, civilian contractors and family members at a safer distance from North Korea’s massive arsenal of conventional weapons poised on the border, just 35 miles north of Seoul.