US to unveil new Indo-Pacific strategy this month in Singapore, report says 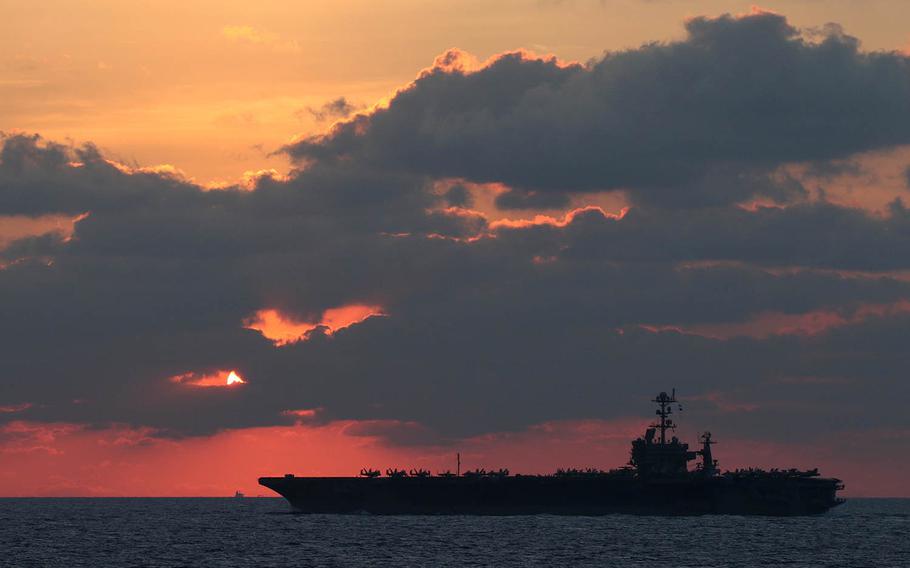 The Department of Defense will reveal a new Indo-Pacific strategy at an international conference on defense in Singapore this month, according to a Tuesday report by U.S. Naval Institute News.

Acting Secretary of Defense Pat Shanahan will discuss details of the new Indo-Pacific strategy at the upcoming Shangri-La Dialogue from May 31 through June 2, the report said.

“Our National Defense Strategy and National Security Strategy identify the Indo-Pacific as the priority theater, and I think Secretary Shanahan will talk about that at Shangri-La and what it means to be a priority theater,” Assistant Secretary of Defense for Indo-Pacific Security Affairs Randall Schriver said at a media roundtable last week in Malaysia, according to USNI News.

The Shangri-La Dialogue is a summit on defense in Asia where defense leaders “debate the region’s most pressing security challenges, engage in important bilateral talks and come up with fresh solutions together,” according to the summit’s website.

The U.S. focus on the Indo-Pacific has grown over the past decade. In March, Shanahan testified before Congress that the 2020 DOD budget proposal was shaped by national security threats from China.

Of the four states listed as threats in the 2018 National Defense Strategy, half are in the Indo-Pacific region — China, for its expanding influence in the Pacific and militarization of islands and reefs in the South China Sea, and North Korea for its nuclear weapons development.

The current approach to the region “focuses on three vital areas: economics, governance, and security” to achieve a “free and open Indo-Pacific,” according to the State Department.

“By free, we mean nations will be free from coercion and able to protect their sovereignty,” Schriver said in an August talk at the American Enterprise Institute.

During that speech, Schriver said the current Indo-Pacific strategy is “not aimed at any particular country, but there should be little doubt that much of the Chinese behavior is demonstrating objectives that run counter to our objectives for a free and open Indo Pacific,” according to the DOD.

Since 2017, the Navy has ramped up freedom-of-navigation operations, sailing regularly within 12 nautical miles of China’s claimed islands and reefs.

Schriver last week said “there’s not necessarily an expectation that they roll back the land reclamation — what they’ve done on the island-building is done … [but] we hope that they will not deploy additional military systems and in fact remove the military systems on these outposts,” according to the USNI News report.

“It’s our intent to make sure that no one country can change international law or the status of the South China Sea,” he added, according to the report.

Further information on what the new strategy might hold was not available Wednesday.

The summit will open with a session on “the U.S. vision for Indo-Pacific Security,” according to the Shangri-La Dialogue agenda. Also on the agenda are Korean security, “China and international security cooperation” and “preventing conflict in contested domains.”