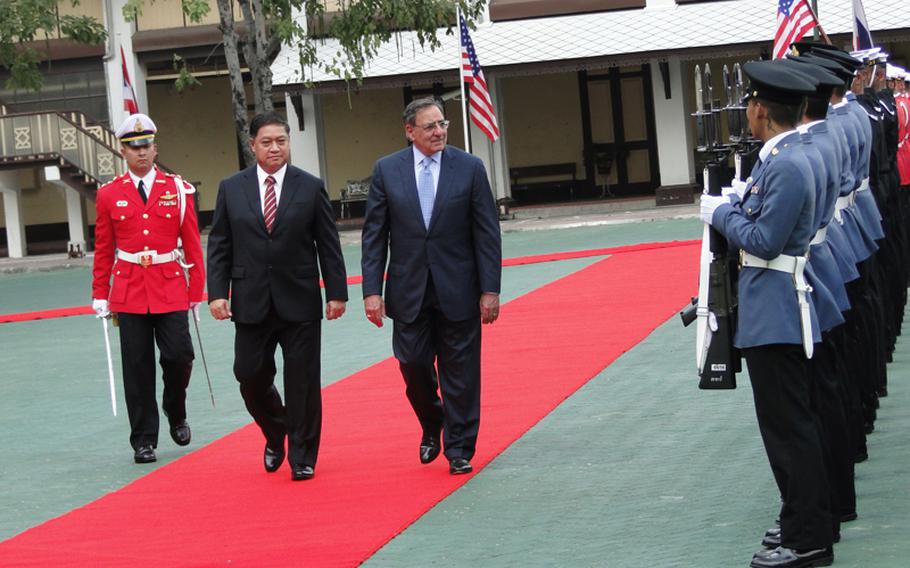 Buy Photo
Thai Minister of Defense Sukampol Suwannathat and U.S. Secretary of Defense Leon Panetta review the troops before a meeting at the Thai defense ministry on Nov. 15, 2012. (Jennifer Hlad/Stars and Stripes)

Buy Photo
Thai Minister of Defense Sukampol Suwannathat and U.S. Secretary of Defense Leon Panetta review the troops before a meeting at the Thai defense ministry on Nov. 15, 2012. (Jennifer Hlad/Stars and Stripes) 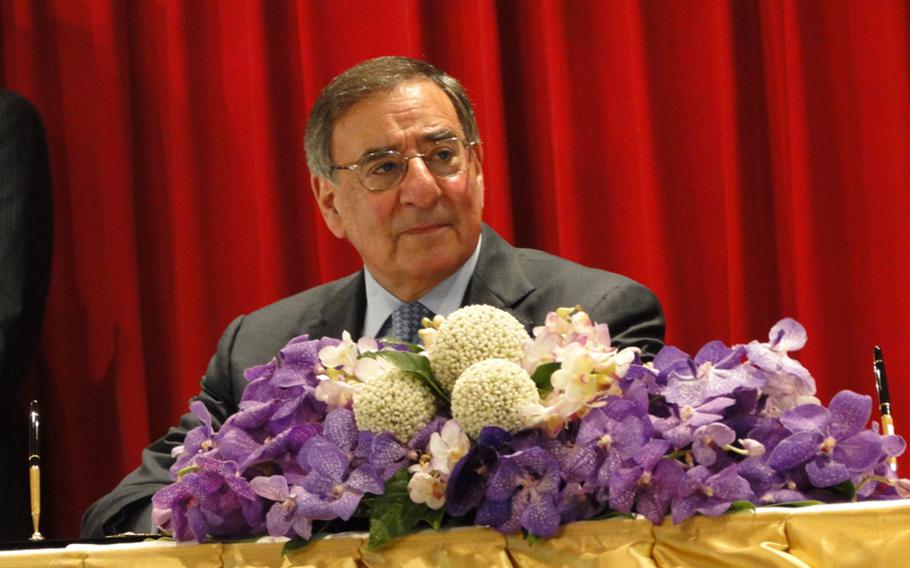 Buy Photo
Secretary of Defense Leon Panetta at press conference at the the Thailand defense ministry on Nov. 15, 2012. (Jennifer Hlad/Stars and Stripes) 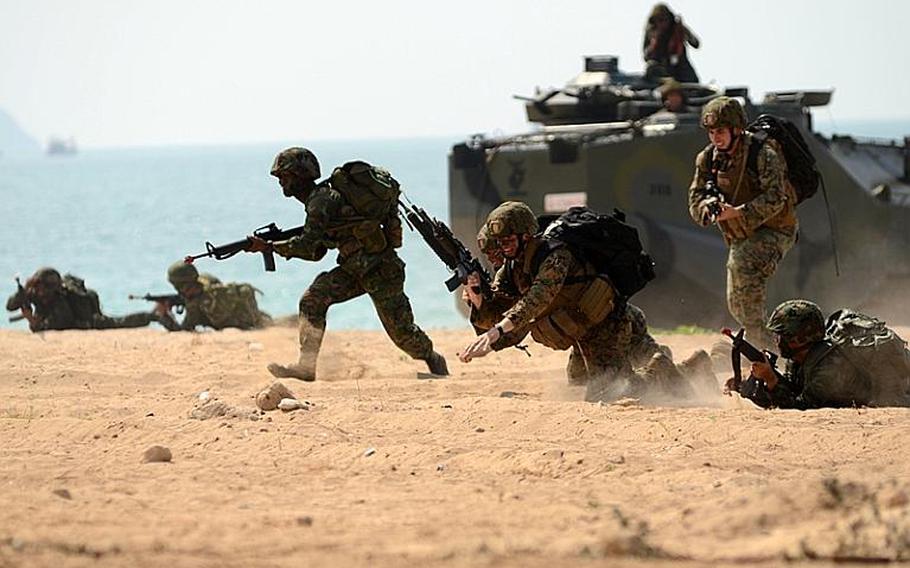 BANGKOK, THAILAND - The United States and Thailand on Thursday signed a joint vision statement for a defense alliance, marking the first time since 1962 the two countries have updated their military relationship.

"This has been a historic relationship and an important relationship, between Thailand and the United States," Defense Secretary Leon Panetta said Thursday at a news conference announcing the partnership agreement.

The agreement focuses on regional security in Southeast Asia, supporting stability in the Asia-Pacific region, interoperability and readiness, and relationship-building and cooperation at all levels.

"As we focus on these areas of cooperation &hellip; the United States remains committed to helping the Thai military further develop its already impressive capabilities so that it can assume even greater security responsibilities in this region," Panetta said.

Thailand and the U.S. already enjoy what one senior defense official called an "unbelievably good" relationship, but the partnership has been reinvigorated in the past year, Panetta said.

The U.S. also has "taken initial steps towards resumption of the (military-to-military) relationship" with Myanmar, also known as Burma, the senior defense official said. Right now, the relationship is in a phase in which the two countries are talking about the possibility of educational exchanges and allowing Burmese troops to observe the humanitarian and disaster relief portions of military exercises, he said, but U.S. officials expect the relationship to grow with time.

The U.S. also is open to Burmese participation in Cobra Gold, the largest multi-country military exercise in the world. Cobra Gold is a Thai-led exercise, and Thailand has not yet invited Burma, defense officials said.

About 8,000 American troops participate in Cobra Gold each year. The annual event is scheduled for February.