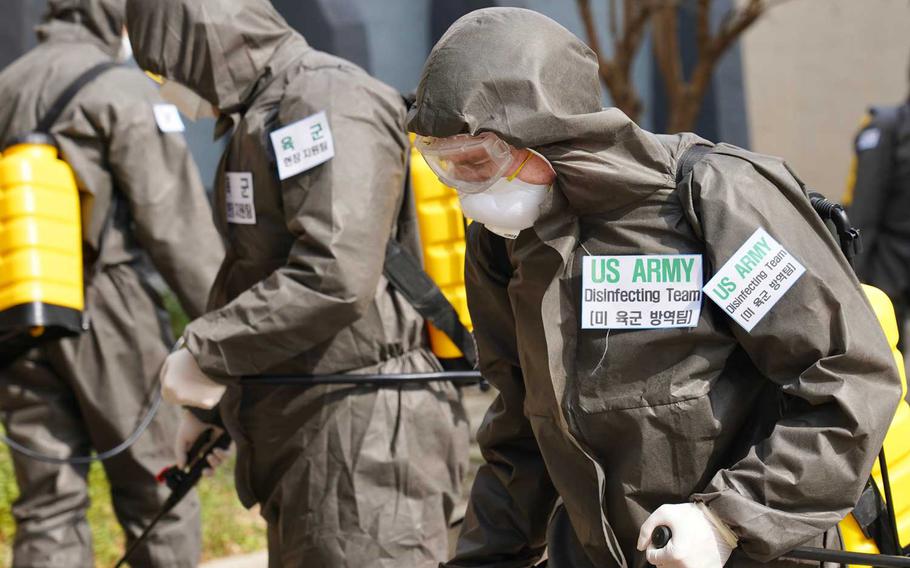 The 19th Expeditionary Sustainment Command and South Korea’s 2nd Operations Command, both headquartered in Daegu, spent just over an hour to clean the area on Friday, according to the 19th ESC’s public affairs office.

Soldiers wore hooded jumpsuits, goggles, face masks and blue plastic booties as they sprayed the cleaning agent on the street outside the housing complex.

The South Korean army had thoroughly disinfected the interior after the apartment building saw several people infected by the virus more than a week ago but had not yet cleaned the outside.

Daegu and surrounding areas have suffered the majority of confirmed coronavirus cases in South Korea after a woman tested positive in mid-February and proved to be a carrier.