US soldier killed in S. Korea traffic accident was NCO with 2 sons 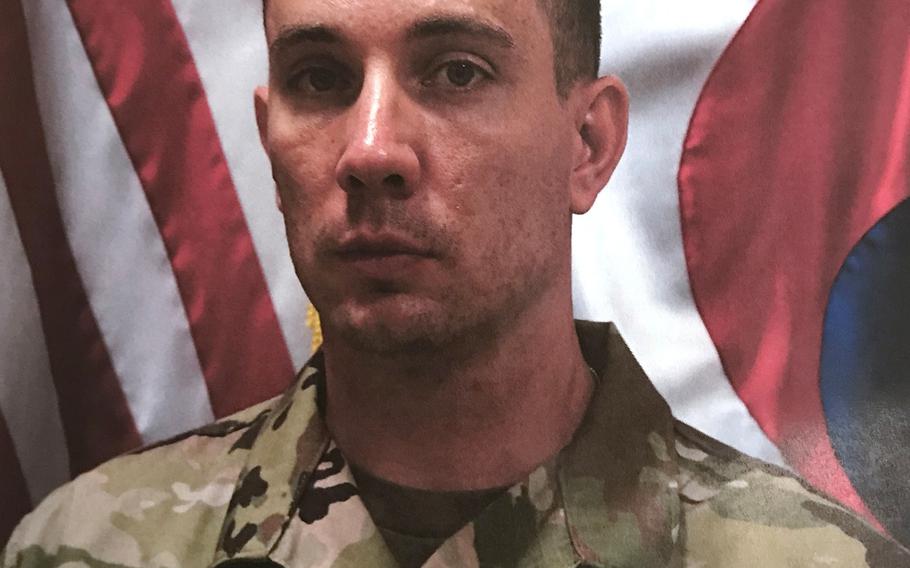 SEOUL, South Korea — An American soldier who was killed in a traffic accident last week was a health care noncommissioned officer with two sons, the military said Tuesday.

Sgt. Eric Schenck, 33, of Placerville, Calif., died Friday of injuries suffered in the accident as his convoy was returning to Suwon Air Base from a field training exercise, the 35th Air Defense Artillery Brigade said in a press release.

“We lost one of our brothers,” brigade commander Col. Richard Wright said. “The loss of Sgt. Schenck will be felt throughout the entire formation and collectively we will mourn his loss.”

“We also extend our deepest condolences to all Sgt. Schenk’s friends and family back home,” Wright said. “We will continue to keep those closest to him in our thoughts and prayers.”

Schenck, who was a health care NCO with the Headquarters and Headquarters Battery, 6th Battalion, 52nd ADA Regiment, had been in South Korea on an unaccompanied post since January.

He joined the Army in 2009 and was deployed to Afghanistan in 2012, according to the brigade. He had been awarded an Army Commendation Medal among many other achievements.

Schenck is survived by his two sons, his mother, Joanne Larson, and his father, Charles Schenck. A memorial ceremony is planned Friday at Suwon Air Base.

Local police and rescue officials said the deadly collision began when a car rear-ended a U.S. Humvee ambulance, then an 8-ton cargo truck slammed into the scene just before midnight on Thursday.

The truck driver was hospitalized, but his injuries were not life-threatening, police said, adding they were still investigating how the chain of events unfolded.