US sailor found dead at public park near Sasebo Naval Base A view of the Port of Sasebo from Mount Yumihari observatory. (Wikimedia Commons)

A view of the Port of Sasebo from Mount Yumihari observatory. (Wikimedia Commons) 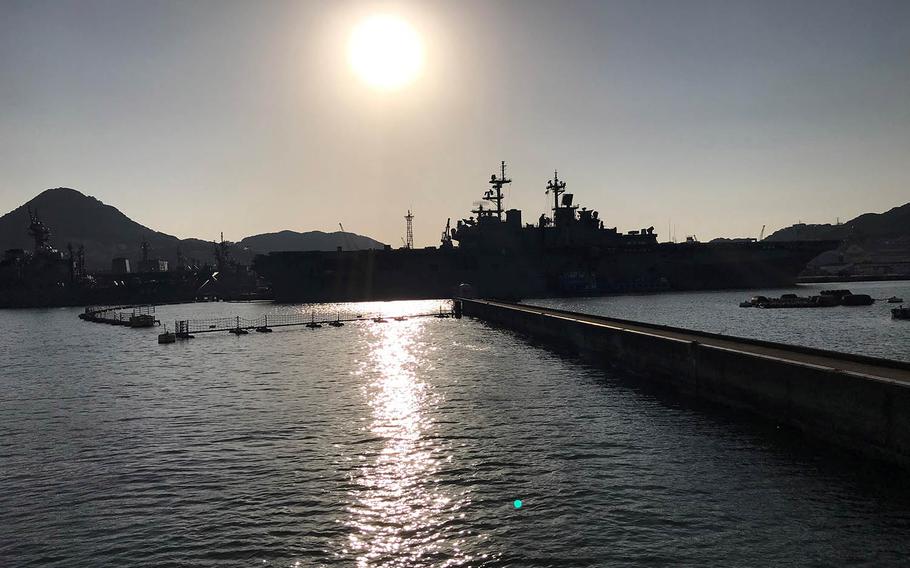 Buy Photo
Ships, including the USS Wasp, are seen in silhouette at Sasebo Naval Base, Japan, in March 2019. (Aaron Kidd/Stars and Stripes)

A U.S. sailor has been found dead at a public park near Sasebo Naval Base in southwestern Japan, local police and a base spokesman said Friday.

The body of the sailor, identified only as a male, was found just before midnight Thursday in a park in Sasebo’s Hirase area, near the base, according to Nagasaki prefectural police.

Police and Navy security personnel discovered the body, said a police spokesman, who did not provide further information on the sailor’s identity.

Police are investigating the cause of death, according to a statement from base spokesman Aki Nichols.

“We are fully cooperating with the Sasebo police who have jurisdiction in this investigation,” Nichols wrote via Facebook Messenger to Stars and Stripes. “Our greatest sympathies go to the family of the service member and all who are affected by this tragic incident.”