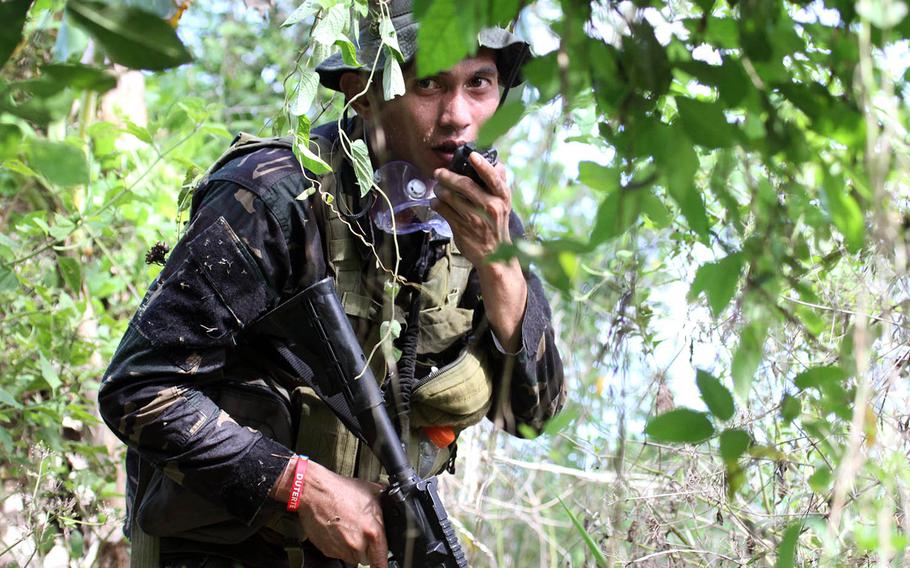 The United States and the Philippines have begun their largest multinational drills under President Rodrigo Duterte, who sought to scale down America’s military presence in his country after taking office in June 2016.

About 8,000 U.S. and Philippine troops on Monday kicked off the 34th iteration of the annual Balikatan exercise — which means “shoulder to shoulder” in Tagalog — that runs through May 18 in the Philippines.

The U.S. has sent 3,000 servicemembers to this year’s drills — about the same number as last year — while the Philippines has increased its participation to 5,000 personnel from the 2,800 who participated in 2017.

The drills come a week after CNBC reported that China had deployed surface-to-air and anti-ship missiles on disputed South China Sea islands, and a month after the Wall Street Journal said electronic jamming equipment on those islands was targeting U.S. Navy planes in the area.

The U.S. and the Philippines have clashed with China over access to disputed South China Sea waters. In 2016, the Permanent Court of Arbitration in The Hague ruled in the Philippines’ favor in a dispute with China over fishing access to Scarborough Shoal. China has ignored the ruling, and Duterte sidestepped the issue in a bid to establish closer relations with Beijing.

China’s missile deployment could change the Philippines’ approach to the South China Sea, which has involved moving exercises away from Scarborough Shoal, said Collin Koh, a research fellow for the Maritime Security Programme at Singapore’s S. Rajaratnam School of International Studies.

“The Armed Forces of the Philippines have been willing to obey the instructions of the president in terms of de-escalating but now the military might want a much harsher stance,” he said. “That could mean forces deployed to Palawan or amphibious landing exercises near Scarborough Shoal.”

Marine Corps 2nd Lt. Gregory Cronen, a spokesman for the exercise, said Balikatan is not tied to any current events.

“This year’s exercise focuses on improving the effectiveness of U.S.-Philippine humanitarian aid and relief, and counter-terrorism efforts in response to a scenario-based crisis,” he said in an email.

The Marawi battle coincided with an uptick in U.S.-Philippines military ties, which had strained over Duterte’s violent war on drugs and his efforts to draw closer to China and Russia.

On Friday, the U.S. Agency for International Development, or USAID, announced it would provide $3.5 million to build shelters for 58,000 people displaced by the Marawi fighting, protect women and children, repair water and sanitation and stimulate the local economy. The U.S. has spent $26.4 million responding to the conflict.

Last month, the allies broke ground on the first major project under an Enhanced Defense Cooperation Agreement — a warehouse at Cesar Basa Air Base on the island of Luzon where the U.S. will store equipment.

More facilities for American forces are to be built under the agreement at Fort Magsaysay Military Reservation, Lumbia Airfield, Antonio Bautista Air Base and Mactan-Benito Ebuen Air Base, according to the State Department.

Balikatan is being held at multiple locations on Luzon, according to the U.S. Embassy in Manila.

“The training will emphasize mutual defense operations so both nations can more effectively employ forces and provide assistance in the event of crises that endanger public health and safety,” the embassy said in a statement.

The Marines have brought four MV-22B Osprey tiltrotor aircraft and some amphibious vehicles, while the Army is moving in CH-47, UH-60 and HH-60 helicopters.