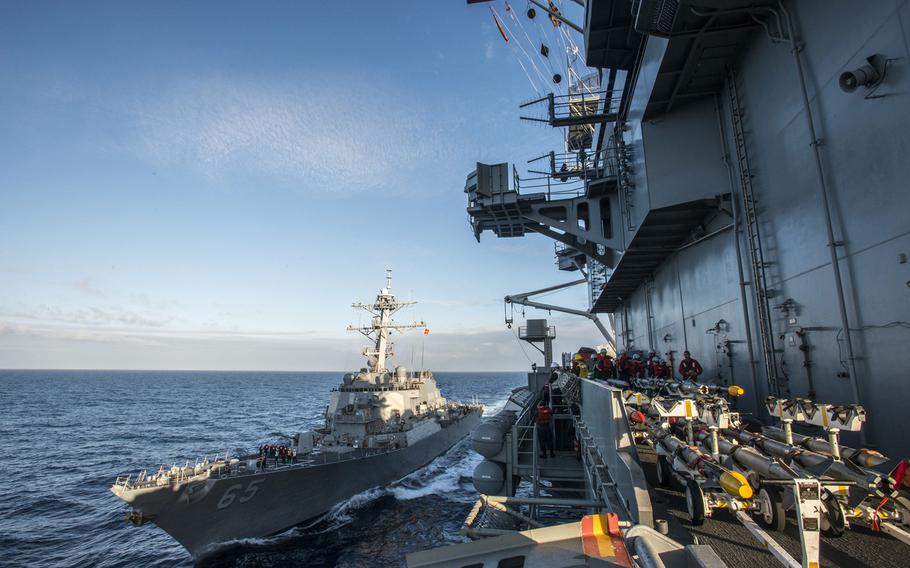 The destroyer USS Benfold steams alongside the aircraft carrier USS Ronald Reagan for a refueling on Nov. 8, 2015. (Paolo Bayas/Courtesy of U.S. Navy)

YOKOSUKA NAVAL BASE, Japan — About 7,000 sailors will operate with the Japanese Maritime Self-Defense Force during Annual Exercise 2015, set to begin Monday in waters south of Japan.

The guided-missile cruisers USS Antietam and USS Chancellorsville, as well as the destroyers USS Curtis Wilbur, USS Benfold and USS Mustin are also scheduled to take part, along with patrol aircraft, a submarine and personnel from several staff commands.