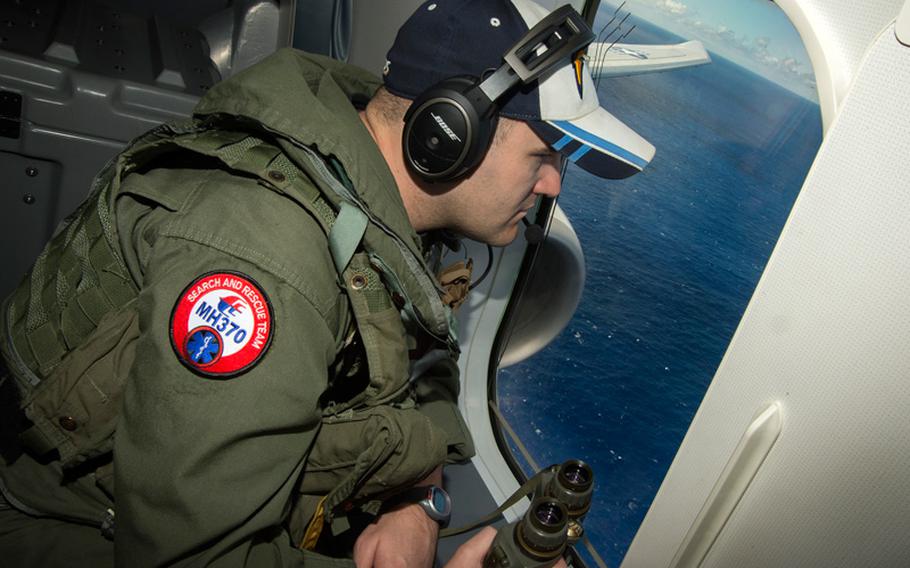 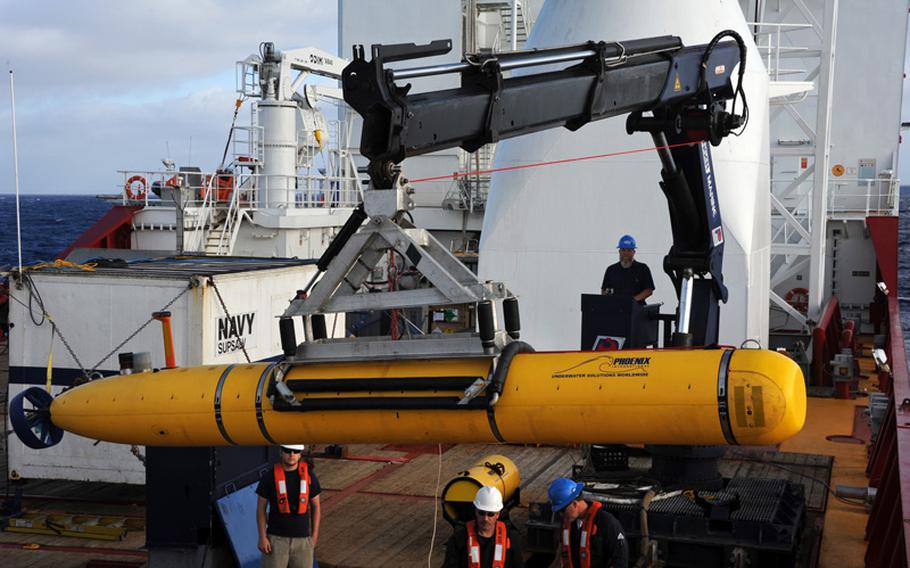 Two U.S. patrol aircraft and a military support command ship have been recalled from the search for a missing Malaysia Airlines jet, according to Navy officials.

Cmdr. William Marks, spokesman for the 7th Fleet, said in a news release Wednesday the decision to detach the P-8 Poseidons and the USNS Cesar Chavez from their search and support efforts out of Perth, Australia, was “made in close coordination with the governments of Australia and Malaysia” based on the waning prospect of finding debris floating in the ocean.

The two patrol aircraft and a P-3 Orion have combined to fly 45 missions covering 396 hours and 513,000 square nautical miles.

The search for Malaysia Airlines Flight 370 entered its 53rd day with the Navy providing support for more than 50 of those days.

About 800 sailors from 7th Fleet have been involved, from the destroyers USS Pinckney and USS Kidd and the aboard MH-60R helicopter squadrons, a P-3 Orion squadron and two P-8 squadrons in Malaysia and Australia.

“Support from our allies and partners in the region has been exceptional; at one point 26 countries were working together in close coordination to achieve a common goal,” said Vice Admiral Robert Thomas, 7th Fleet commander. “To see such significant depth of international cooperation coming together for one mission is unprecedented and highly encouraging for the security and stability of the region.”

The Navy’s final asset in the search effort is the Bluefin-21, an unmanned autonomous underwater vehicle with side-scanning sonar that can map the ocean floor.

Three weeks ago, a Chinese ship was the first to report a “pulse signal” consistent with an aircraft black box in the Indian Ocean. Operators of the Navy’s Towed Pinger Locator then detected two more "acoustic events" that could have been from Flight MH370’s black boxes in the northern part of the search area, about 950 nautical miles northwest of Perth in waters almost 3 miles deep.

However, fears that the aircraft’s black box battery had died surfaced a week later as searchers no longer could detect a signal. This left air and sea crews to try to pinpoint the missing Boeing 777 without a debris field or pinging sound to lead them. It also left Bluefin operators to search an enormous patch of ocean floor at depths testing the submersible drone’s capability.

“Bluefin-21 completed the initial sub-surface search of over 400 square kilometers, focused on a 10-nautical-mile radius circle around the second set of pings detected. We are coordinating with the Australian government on future employment of the Bluefin-21 and will provide information as it is finalized,” Marks said.

The Malaysian jet disappeared early March 8 with 239 people aboard en route from Kuala Lumpur to Beijing.