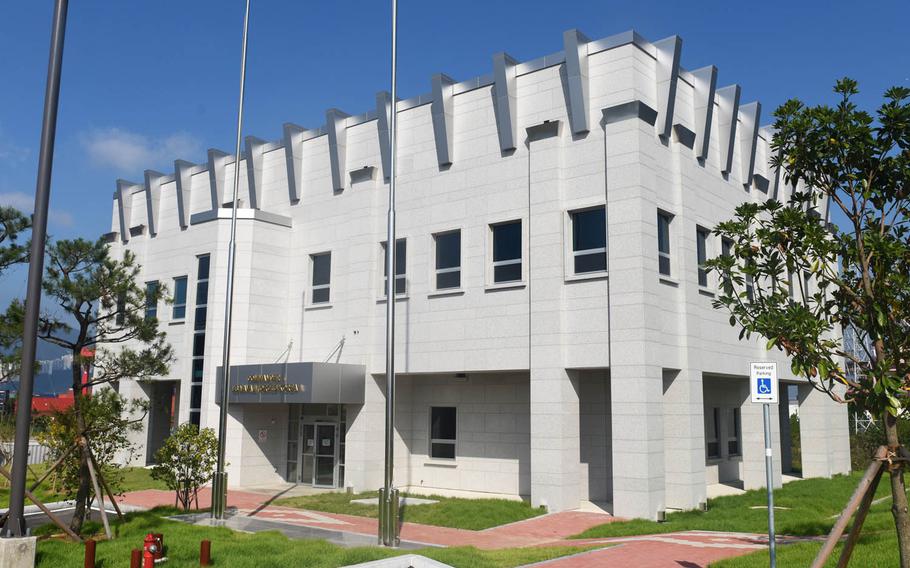 SEOUL, South Korea — After five years of planning, construction on U.S. naval command’s new headquarters in South Korea is nearing completion, and a number of personnel have already relocated from Seoul to the port city of Busan.

“By moving to Busan, we will increase the readiness of both navies through closer cooperation and collaboration of our staffs,” CNFK spokesman Lt. j.g. Joshua Kelsey said. “We are across the street from our (South Korean) navy partners, which is right where we want to be. Simply put, Busan is the right location for the next stage in our longstanding partnership.”

The first CNFK personnel moved from Seoul to Busan in February, and 52 staffers who interact regularly with the South Korean navy have relocated, Kelsey said.

Another 43 personnel who work with commands at Yongsan remain at the Seoul base temporarily, he said, adding that the new headquarters building will be completed “in the very near future.”

The $7.2 million, 9,000-square foot building’s construction is being paid for by South Korea.

Proximity to the Navy’s South Korean counterparts will aid the mission, said Rear Adm. Bill Byrne, who assumed command of CNFK this week.

The move to Busan is part of the U.S. military’s long-planned relocation of the bulk of its forces on the peninsula to regional hubs south of Seoul. Key to the relocation is the expansion of Camp Humphreys in Pyeongtaek, where approximately 36,000 troops and civilians will eventually be housed or work.

This is the peak year for construction at Humphreys, officials say, and most of the moves related to the relocation should be completed by the end of 2017.

The Navy maintains a small but significant presence in South Korea, with approximately 450 personnel in a country where some 28,500 U.S. troops are stationed as a deterrent to North Korean aggression.

The potential for a maritime skirmish with the North to escalate, particularly along the disputed sea border, remains a top concern among military officials, as does the North’s apparent efforts to increase its submarine capabilities.

A North Korean torpedo sank a South Korean warship in 2010, killing dozens of sailors and illustrating the potential for deadly conflict at sea.

Earlier this year, the U.S.-Korea Institute at Johns Hopkins University reported that satellite imagery showed a North Korean submarine that may be outfitted with launch tubes for ballistic or cruise missiles, a development that could eventually give Pyongyang’s weaponry a wider range.

Imagery also showed that the North had been readying a naval shipyard for “a significant naval construction program” that could be submarine-related, the institute reported on its website, 38north.org.