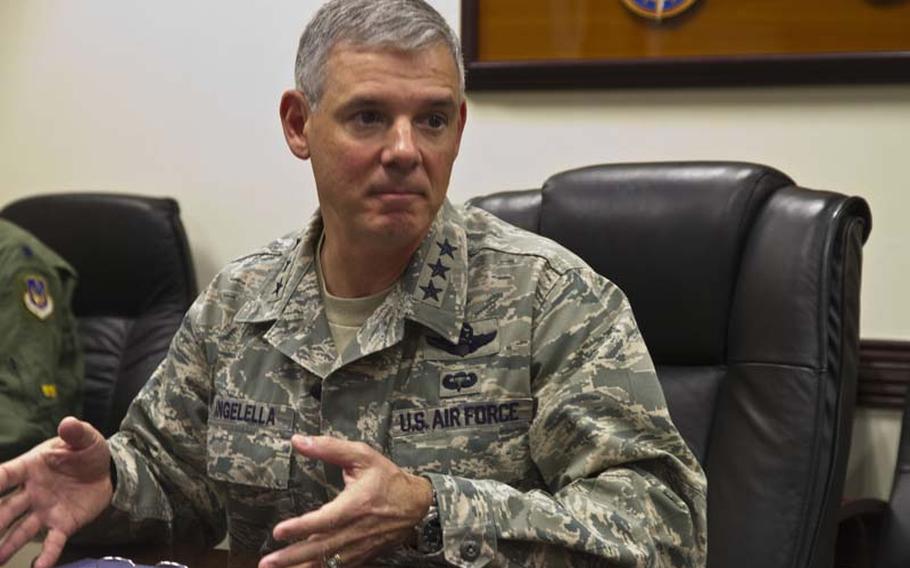 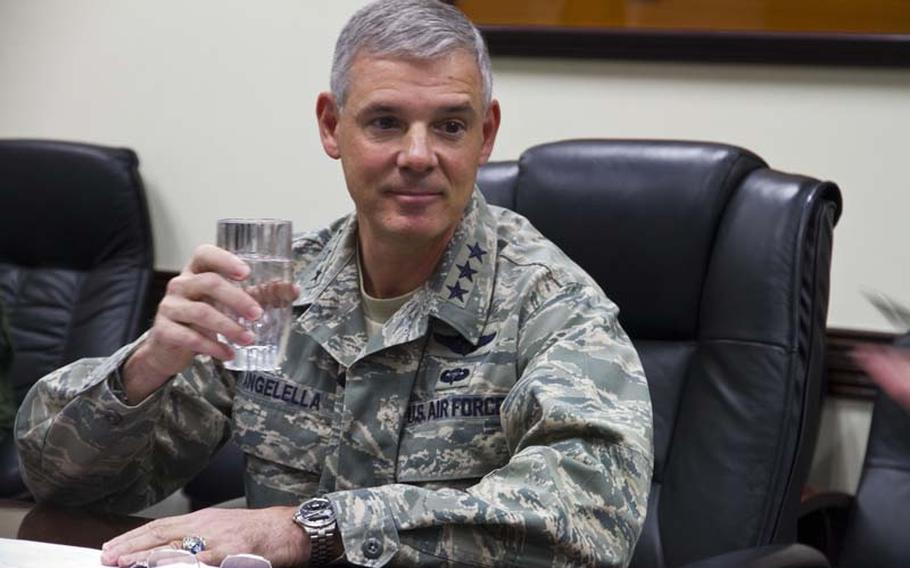 YOKOTA AIR BASE, Japan &mdash; The U.S. military is setting up a hotline, aimed primarily at Japanese bar owners, to report mischief before it becomes criminal, the top U.S. commander in Japan said Thursday.

&ldquo;We&rsquo;re still working out the details, but I envision something where either a bar owner or hotel owner could call a U.S. law enforcement desk in one of the services or local bases to dispatch leadership or security forces to retrieve someone before &mdash; before! &mdash; an incident happens,&rdquo; Lt. Gen. Sam Angelella said in his first meeting with Japanese and American reporters since taking command of U.S. Forces Japan in July.

&ldquo;I&rsquo;d say it&rsquo;s going to be instituted immediately, if not sooner,&rdquo; Angelella said. &ldquo;My goal is zero &mdash; zero &mdash; crimes from U.S., and we are going to keep the curfew in place until I&rsquo;m satisfied that our servicemembers understand the implications of their actions.&rdquo;

The sense of urgency comes as Japanese leaders and a concerned public have continued to pressure the U.S. to do more to control military misconduct after two U.S. sailors were accused of gang raping a woman in Okinawa last month.

The incident led Angelella to institute the first Japan-wide curfew of servicemembers, from 11 p.m.-5 a.m.

&ldquo;In my personal view, nothing good happens in the middle of the night like that so that&rsquo;s where I started,&rdquo; Angelella said.

The curfew became necessary &ldquo;to demonstrate to our Japanese hosts that we&rsquo;re serious about our relationship and these crimes are not tolerated,&rdquo; he said. It was also instituted to show the roughly 50,000 servicemembers in Japan &ldquo;that I was serious also about our mission.&rdquo;

That mission has been compromised, he said, by recent episodes of misconduct despite the curfew, including the arrest of a Marine in Okinawa earlier this month for sneaking into a private home and falling asleep.

&ldquo;Every servicemember I have that ends up in a Japanese jail affects my readiness,&rdquo; Angelella said. &ldquo;The Marine that&rsquo;s in jail in Okinawa for trespassing, that Marine might have &hellip; a key job on a disaster-relief mission that we might have to do tomorrow. So it does affect our readiness.&rdquo;

Some services have gone further in curtailing alcohol use by troops in Japan.

Vice Adm. Scott Swift, commander of the U.S. Navy&rsquo;s 7th Fleet, issued an order Monday that no sailor is allowed to drink alcohol after 10 p.m., even at home.

&ldquo;All the commanders have that authority if they think they have an issue,&rdquo; he said.

One wing commander is going to institute &ldquo;Friday roll call,&rdquo; during which every airman will be in formation with their leader at every level, he said.

&ldquo;This is something we used to do when I was a young officer. You report to work in the morning, have a roll call, and on Friday morning when you do a roll call you talk about your plans for the weekend and how to be responsible.&rdquo;

He acknowledged that some are skeptical of the value of a hotline but said it had been recommended by &ldquo;several of the Japanese civic leaders and also the military.&rdquo; He added, &ldquo;I&rsquo;m willing to give it a try.&rdquo;

&ldquo;The intent of the hotline is if we see an impending issue that we get out in front of it,&rdquo; Angelella said. &ldquo;Our intent is to go retrieve that servicemember before he or she gets into trouble.&rdquo;

Quick response to any calls may be critical. An Okinawa pub called for help last month when a Kadena airman became &ldquo;rowdy and uncontrollable&rdquo; after a number of drinks, according to police. By the time officers arrived, the man allegedly had walked into an unlocked third-floor apartment, punched a sleeping 13-year-old boy in the face, kicked over a television and fell from a window.

Troops do much of their drinking in &ldquo;bar rows&rdquo; not far from bases. Many bar owners have complained about the loss of business due to the curfew. Their plight could make them receptive to Angelella&rsquo;s plea for assistance &mdash; if it would ultimately mean an end to the curfew.

&ldquo;This is a cooperation issue,&rdquo; he said. &ldquo;I understand that bars are in the business of making money and they sell alcohol and it&rsquo;s used for entertainment, used for dinner.&rdquo;

He described a news story on Japanese TV showing the empty bars, and while he didn&rsquo;t understand the language, he was able to read a sign filmed outside one of the bars: &ldquo;All you can drink for 2,400 yen.&rdquo;

&ldquo;That&rsquo;s not really helpful,&rdquo; he said. &ldquo;So I will be calling on the citizens to help me help ourselves. I understand that there&rsquo;s a delicate balance there.&rdquo;