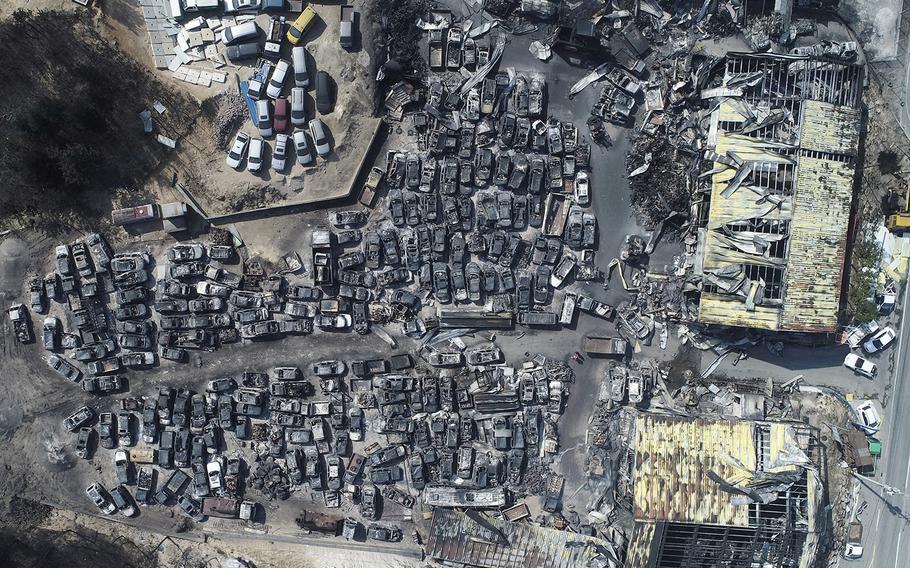 The assist came as South Korean President Moon Jae-in made a surprise visit to the city of Goseong, which has served as a base for firefighters and troops working to extinguish the blaze.

The fire started Thursday and spread quickly with the help of strong winds in the mountainous Gangwon province, which hosted the 2018 Winter Olympics.

It was brought under control late Friday after destroying hundreds of homes and forcing nearly 4,000 people to be evacuated. One person was killed.

The government, which said it was possibly South Korea’s biggest forest fire, declared a national emergency.

The U.S. military sent four helicopters, including three UH-60 Black Hawks and a CH-47 Chinook, and 21 servicemembers, including pilots and crew chiefs from the 2nd Combat Aviation Brigade, to help, according to the 2nd Infantry Division.

The helicopters were equipped with specially designed aircraft buckets, known as Bambi buckets, to scoop water and drop it on designated areas, U.S. Forces Korea said, adding that additional assets are on standby if needed.

They worked with South Korea’s military, which provided 35 aircraft, 46 fire engines and some 7,000 troops to fight the blaze, the Yonhap News Agency reported.

“It’s important we use our training and resources to partner with our allies when real-world issues like this arise,” USFK spokesman Col. Chad Carroll said in a press release.