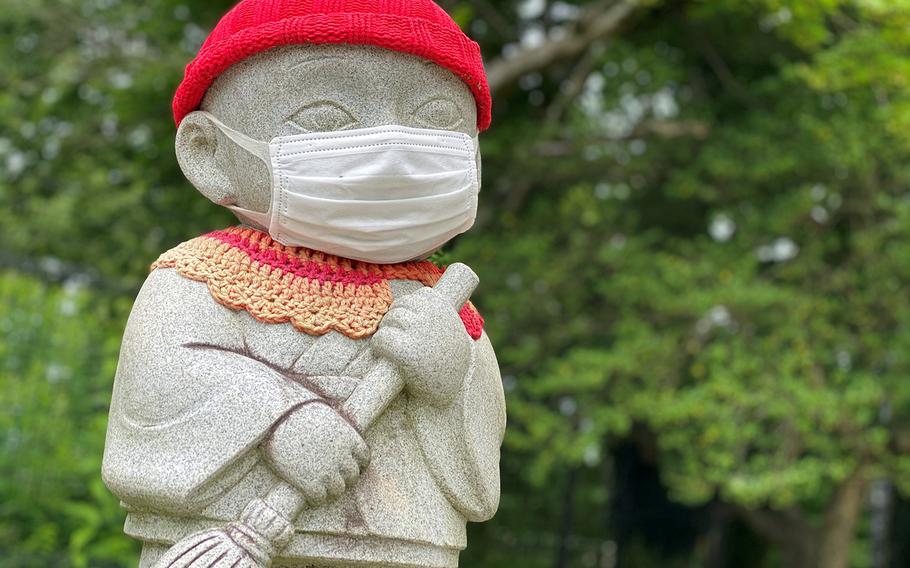 TOKYO — The U.S. military reported seven new cases of the coronavirus at bases in Japan as of 5 p.m. Friday.

Three of the patients are new arrivals, one is a returning traveler and the remainder acquired the infection via local contacts.

Yokosuka Naval Base, the home of the U.S. 7th Fleet south of Tokyo, had four new infections on Friday, according to a post on the base Facebook page.

Three of the patients tested positive while still in quarantine as recent arrivals to Japan, the post said. The fourth is a close contact of another infected person. Health authorities are tracking the fourth person’s contacts.

Yokosuka, which has 15 active infections, has reported 125 cases since July 21, when U.S. Forces Japan lifted a ban on announcing the number of active cases on individual installations.

Yokota Air Base, the USFJ headquarters in western Tokyo, reported one new case Friday on its official Facebook page.

The post said the individual, a community member, tested positive on Thursday and all the patient’s recent close contacts have been reached by base health authorities. Yokota has three active coronavirus infections. It last reported two new cases on Nov. 9.

Tokyo on Friday reported 374 newly infected patients, the third consecutive day of 300-plus new cases daily, according to public broadcaster NHK. The Tokyo Metropolitan Government reported 393 and 317 new cases on Wednesday and Thursday, respectively. It reported 293 on Tuesday.

Japan on Thursday reported 1,555 new cases for a pandemic total of 111,711 and 1,851 deaths attributed to COVID-19, the respiratory disease caused by the coronavirus, according to the World Health Organization.

Also Thursday, Misawa Air Base in northern Japan announced that two people there tested positive. One had recently returned to Misawa via the Patriot Express, a government-chartered passenger flight, and quarantined at home with the second individual, according to a base news release.

The first person tested positive while still in the mandated 14-day quarantine; the second person was subsequently tested and found to also be infected, according to the release. The two were moved into quarantine on base, and no other contacts were identified.

The release did not specify when the first infected individual arrived home and when the tests were administered. They are the only active cases on the base.

Misawa has reported at least five coronavirus cases since June 19; it last announced a new infection on Sept. 18.

Anyone affiliated with the U.S. military in Japan and South Korea must be tested upon arrival, spend a minimum 14 days in isolation and test free of the virus before exiting.

The U.S. military in Japan does not always specify whether the infected individuals are service members, civilian employees or family members. The Marine Corps on Okinawa stopped reporting individual cases in early November, citing security concerns.