US military in Japan reports several new coronavirus cases, one likely due to indoor dining 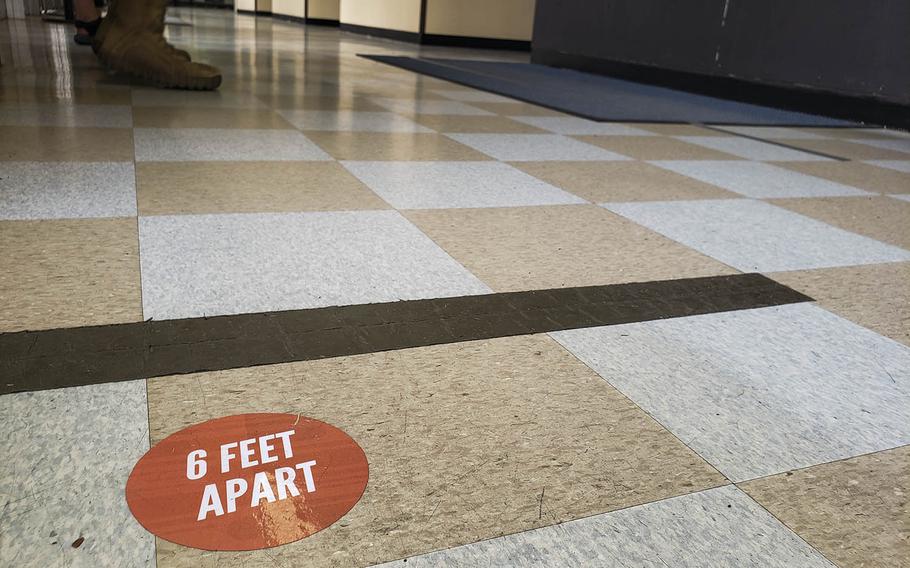 TOKYO – The U.S. military in Japan reported five new cases of the coronavirus as of 6 p.m. Monday, all in or near the Tokyo metropolitan area.

Yokosuka Naval Base, south of the capital and home of the U.S. 7th Fleet, confirmed four new cases, all of them since Oct. 27, according to a base Facebook post Monday.

Three of the individuals are new arrivals to Japan and tested positive while still in quarantine; the fourth individual acquired the virus locally, according to the base.

The naval base indicated that case is likely due to “frequent dining in establishments that failed to offer appropriate protective measures,” based on the results of contact tracing.

“Personnel are reminded to always choose outdoor dining when available and to limit indoor dining to no more than once per week,” the post said.

The base now has 10 active cases, according to the post.

Yokota Air Base, the headquarters in western Tokyo of U.S. Forces Japan, reported one individual tested positive Sunday while still in isolation after returning from travel outside the country, according to a base Facebook post the following day. The individual remains quarantined and under medical supervision.

Yokota has one active case, according to the post. It last reported a new virus case on Oct. 22, an individual at the Department of Defense Education Activity high school on base.

The U.S. military in Japan does not identify new coronavirus cases as service members, civilian employees, contractors or family members.

All new arrivals to Japan and returning travelers must quarantine for 14 days and test free of the virus before exiting isolation, according to USFJ and Japanese government regulations.

In Tokyo, the number of new cases fell to 89 on Monday, the first time the daily count has dipped below 100 since Oct. 19, when the metro reported 78 patients, according to public broadcaster NHK and Tokyo Metropolitan Government data.

On Okinawa, where the bulk of U.S. forces are stationed, the prefectural government reported 59 new cases and two deaths Saturday and Sunday, according to the prefectural website.