US military heading home from aid mission in Nepal 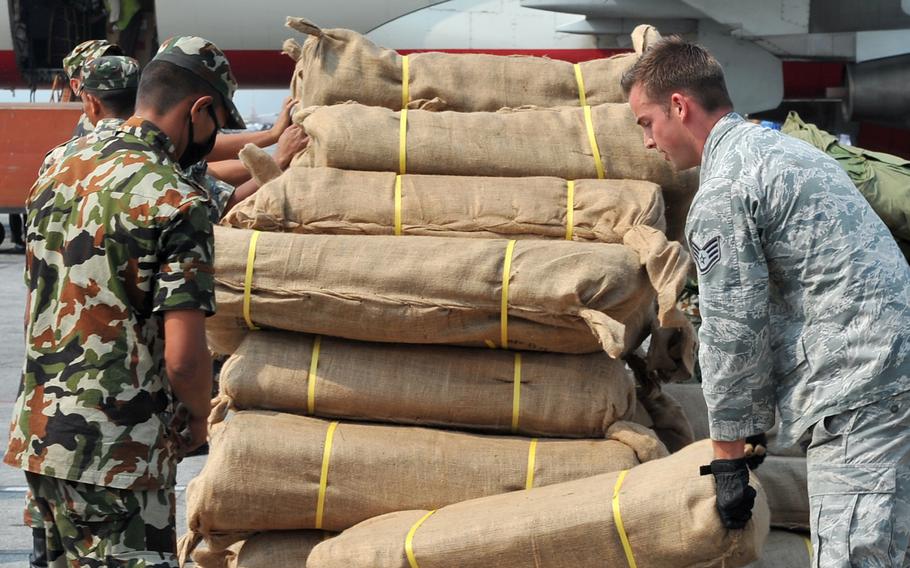 Lt. Gen. John Wissler, commander of the U.S. joint task force in Nepal, told The Associated Press that personnel were in the process of leaving the country.

“Today marks the conclusion of the joint task force participation in the ongoing relief mission as our unique military capabilities are no longer needed. We begin the return to our homes, ready to return to Nepal should our two nations deem our support necessary once more,” Wissler told AP.

Some 900 U.S. military personnel have been involved in the response to the April 25 earthquake that killed at least 8,622 people and damaged 756,000 houses and other buildings.

One of the Marine Corps UH-1 Huey helicopters in Nepal crashed in the mountains last week, killing six Marines and two Nepalese soldiers. Several other Hueys involved in the relief effort were being readied for transport out of the country, officials said.

Air Force Capt. Brint Ingersoll, an operations officer helping out at Kathmandu’s international airport, said earlier this week that the loss of the Marines was hard to deal with but added: “It goes to show that the American military is here to help and they are doing it at great danger to themselves.”

Ingersoll was outside when a magnitude 7.3 aftershock struck on May 12.

“I hadn’t experienced an earthquake before,” he said. “As it was going on, you could see a lot the city of Kathmandu shaking. You could see dust coming up from surrounding buildings.”

Four MV22B Osprey tilt-rotor aircraft left Kathmandu on Thursday after flying 75 missions to deliver 134,000 pounds of aid, move 300 personnel and evacuate 40 casualties, according to a statement from the U.S. task force in Nepal.

“The Ospreys are no longer required as the government of Nepal and the international aid community have increased their capacity to continue the necessary delivery of aid to those in need,” the statement said.

The Ospreys, from Marine Medium Tiltrotor Squadron 262 out of Okinawa, Japan, were chosen for the mission because they could deploy directly to Nepal, immediately deliver aid, take off and land without a runway and carry large amounts of cargo farther than traditional helicopters, the statement said.

Another member of the response group, Senior Airman Manoj Khatiwada, was born in Nepal and joined the Air Force after moving to the U.S. in 2009. He said his family survived the disaster but lost friends.

“They (the injured Nepalese) told me they were happy to be saved by foreigners,” he said.

The U.S. has provided $47 million in humanitarian assistance for earthquake relief efforts.