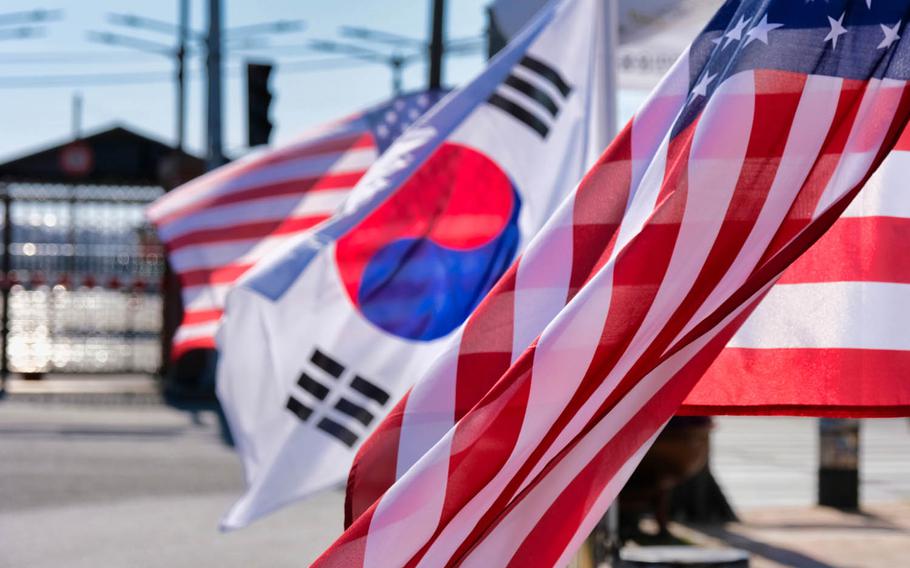 SEOUL, South Korea — The U.S. military has left unspent nearly 68 billion won, about $60 million, in South Korean funds provided over the past six years as part of defense burden-sharing agreements, according to data released this week by a South Korean lawmaker.

Jeon, who is on the National Assembly’s foreign affairs and unification committee, said he received the data from the Ministry of National Defense. The defense ministry declined to comment.

The information raised the stakes as talks over a new contract, known as the Special Measures Agreement, have deadlocked due to U.S. demands that Seoul sharply increase its contribution for stationing some 28,500 American troops on the divided peninsula.

The figures — about 12.5% of the total for all six years — also gave insight into U.S. priorities for the South Korean funds. All the money allocated for local labor was used. Most of the unspent funds were earmarked for military facilities improvement and logistics support.

U.S. Forces Korea said it was working with the Ministry of National Defense to reconcile former Special Measures Agreement contributions.

“A significant portion of these funds are accounted as in-kind contributions from [South Korea] and, thus, not fully visible to USFK,” the command’s public affairs office told Stars and Stripes on Wednesday.

“USFK looks forward to a joint accounting of the (South Korean) use of cash and in-kind contributions and increased transparency of the manner in which [South Korea] supports USFK under past and future SMAs,” it added.

The allies are operating without a funding agreement because the previous contract expired at the end of last year. The issue has become a major irritant in the alliance, which was forged in the 1950-53 Korean War.

Jeon said the unused defense funds should be fully reflected in future talks on the Special Measures Agreement, claiming that USFK has not been transparent about how it has handled the money, according to the Yonhap News Agency, which first reported on the data.

Ahn Gyu-back, a member of the Democratic Party and the parliamentary defense committee, also noted that the amount of funds carried over from year to year was often high, except with regards to labor.

“It means that South Korea’s defense contributions for the South Korean-U.S. alliance and the stationing of American troops in Korea already are enough,” he said Wednesday in a statement from his office. “It also means that the Trump administration’s demands are very excessive.”

The Trump administration, in line with the president’s overall policies toward allies, maintains that South Korea is a wealthy country that can and should pay more for its own defense.

Experts say it’s unlikely that any deal will be reached before the U.S. presidential election next month.

“The fact that it was leaked by a Korean lawmaker, whose support would be needed to approve whatever SMA deal is reached, is further suggestive of the extent that the White House’s hard-nosed approach could ultimately backfire on itself,” he said.

“While the SMA negotiations have taken a back seat to the elections and other major news stories in the U.S., this latest development emphasizes just how big of an issue this is in Korea,” Ferrier said. “The longer the issue continues to be unresolved the more detrimental it will be to how South Koreans view the U.S.”

South Korea has offset the costs for hosting the U.S. troops under the agreement since 1991. Negotiations over the amount have always been contentious, but they reached a breaking point in 2018 when Trump reportedly demanded up to $5 billion per year, a fivefold increase.

That deal expired on Dec. 31, eventually prompting USFK to place more than 4,000 local base workers who provide food and administrative services — nearly half of its workforce — on unpaid leave. The furlough was lifted in June after South Korea agreed to pay $200 million for salaries through the end of this year.