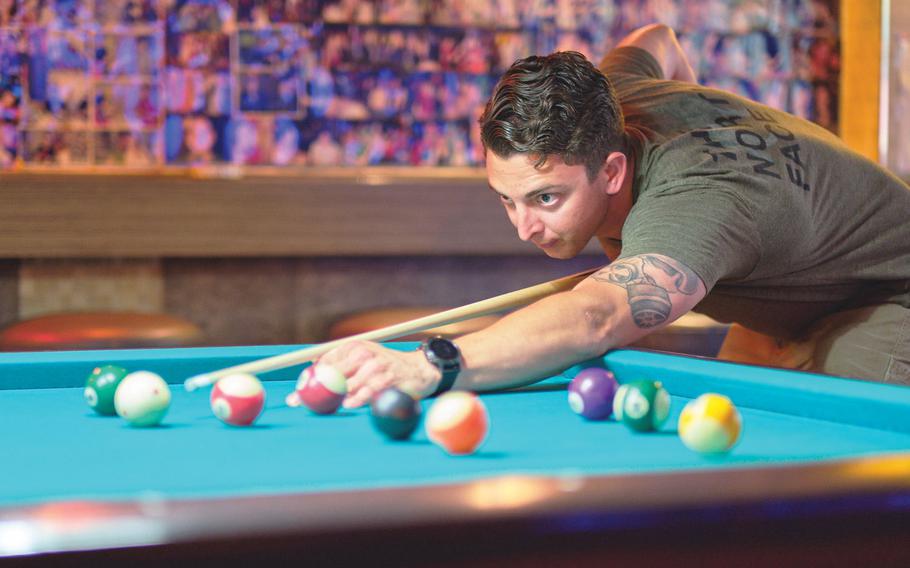 SEOUL, South Korea — American troops in South Korea received at least three more months without a curfew after Gen. Robert Abrams extended the temporary suspension of the policy on Tuesday.

However, the 1-5 a.m. off-installation curfew has been slapped back on the 3rd Armored Brigade Combat Team, also known as the “Greywolf Brigade,” which began a nine-month rotation in South Korea in early June.

Abrams, the commander of U.S. Forces Korea, said the temporary reprieve has been going well, but he’s not ready to make it permanent.

“The vast majority of our personnel have conducted themselves appropriately, but I felt it was important to implement an additional 90 days to ensure we are making the correct decision regarding the curfew,” he said in a statement.

The military announced on June 17 that it was lifting the much-hated curfew for three months in a test for some 28,500 U.S. servicemembers stationed on the divided peninsula.

It will remain suspended until at least Dec. 17, at which time Abrams may decide to maintain or rescind the curfew based on several factors including behavior, morale and readiness, according to USFK.

The decision to reimpose the curfew on the main rotational brigade was based on an Eighth Army recommendation as commanders of subordinate units have been given leeway to reimpose restrictions as needed, USFK spokesman Col. Lee Peters said. He didn’t elaborate on the decision.

“There’s that 1% fraction of servicemembers who are going to do whatever they want to do regardless of regulations,” he told Stars and Stripes in an interview Monday. “But a majority of our servicemembers do the right thing.”

Peters stressed the reason the curfew wasn’t lifted on a permanent basis was cautionary, not because of any specific incidents.

“The commander looked at it and said, ‘If we’re going to make this a permanent decision, we should really widen our aperture to look at this for an additional 90 days,’” Peters said. “It doesn’t cost us anything to do that in terms of time or resources.”

Provost Marshal Col. John Fivian said the overall number of incidents since the curfew was lifted had not changed significantly compared with past periods in South Korea as well as military bases elsewhere. He and Peters declined to provide statistics.

In one highly publicized incident, an American soldier was detained in July after he allegedly scuffled with police and tried to drive away in a taxi during a night out drinking in Seoul.

The decision to extend the suspension was based on a review of statistical analysis and recommendations by unit commanders as well as South Korean civic leaders, officials said.

It’s part of initiatives aimed at improving morale and making South Korea a more attractive assignment, as well as giving troops and their families more opportunities to experience the country in which they’re living.

Military officials stressed the need for American troops to act in accordance with USFK regulations, standards of conduct and South Korean law.

“Our professional behavior is equally important off-duty as it is on-duty,” Abrams said in the statement. To aid with that, the military has increased the number of courtesy patrols and linked them with South Korean police, Fivian said in an interview at the USFK headquarters on Camp Humphreys.

He also stressed that the benefits of lifting the curfew went beyond allowing troops to drink longer at the bar. It also has enabled servicemembers and families to spend more time in the community, which has helped local businesses.

“There’s no longer the mad rush to get back,” he said.

Initially imposed after the 9/11 attacks, the curfew, also called a readiness recall, has long been an unpopular feature of military life for all branches on the divided peninsula.

But it was reinstated after several months amid outrage over two high-profile rape cases involving American soldiers.

The curfew — which requires that troops be on base, in their residences or hotel rooms during specified hours — was extended indefinitely in its recent form in January 2012.

It applied to all servicemembers in South Korea except for those attached to the U.S. Embassy or the Joint U.S. Military Affairs Group-Korea.