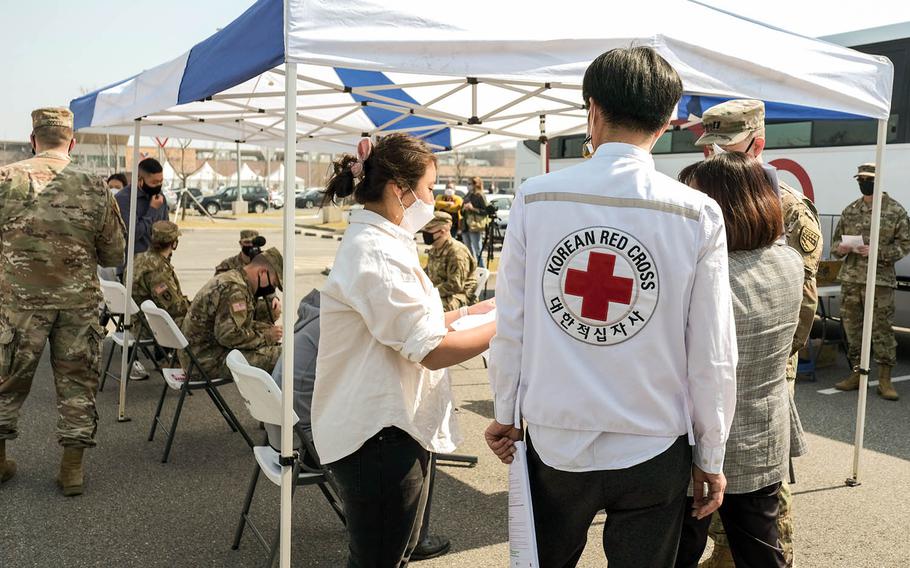 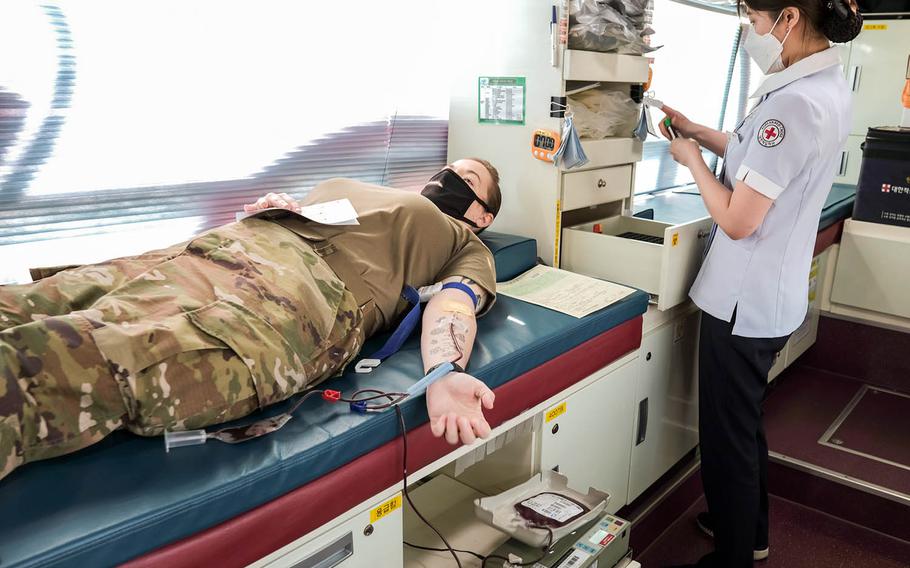 It came in a time of need. Since the coronavirus outbreak began on the peninsula, not only has a decline in daily blood donations produced a shortage in supply, but negative blood types, also known as Rh negative, are considered extremely rare among South Korea’s population.

“Due to the COVID-19 situation, we are lacking blood donations,” Kim Dae Seong, the Red Cross head of inventory analysis and management, told Stars and Stripes on Wednesday. “Americans also have Rh negative blood, which is kind of short in Korea, so if we get more it will definitely help our supply here in Korea.”

More than 60 people had pre-registered for the event. But, due to safety concerns, some were turned away by the Red Cross because they had been vaccinated for the coronavirus within the past seven days, Lougee said.

The Red Cross has supported USFK medical operations for many years, providing life-saving blood platelets regularly, Lougee said. The drive is a small gesture to reciprocate the generosity of the Red Cross.

“The Korean Red Cross gives us blood products every single week,” Lougee said. “We get two six-packs of blood platelets every week. They have been used multiple times to save lives right here in Korea and this is an opportunity to show some thanks back and build on that relationship.”

USFK maintains its own blood reserve, but the Brian D. Allgood Community Hospital at Camp Humphreys lacks the equipment to remove platelets. They remain viable just a few days and can't easily be shipped from the U.S., Lougee said.

One of the donors, Master Sgt. Susan Francis, the medical operations noncommissioned-officer-in-charge for the 2nd Infantry Division, said she has given blood more than 50 times, but this is her first for a foreign country.

“I know the importance of blood drives because if you don't have the blood you can't save the lives,” she said. “I donate as often as I can. One donation can save up to three lives.”