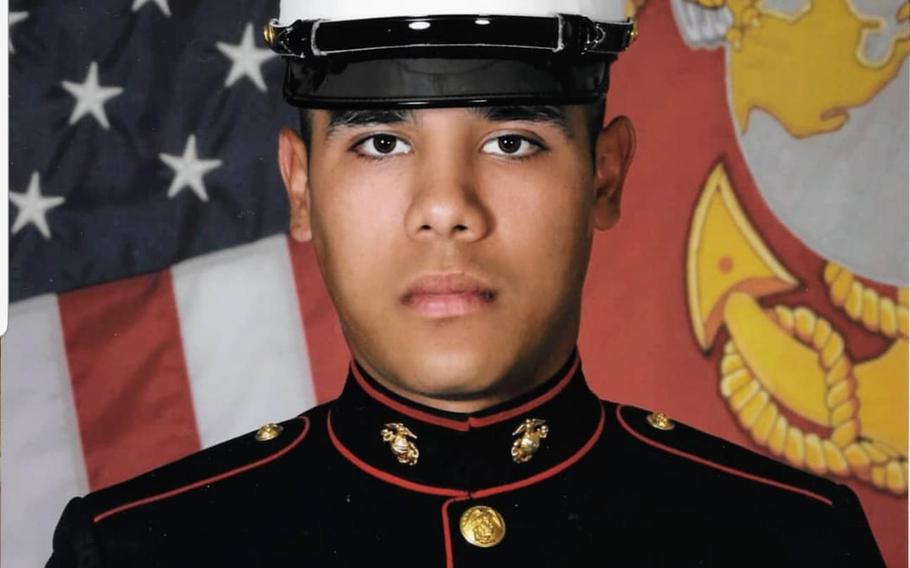 A Marine deployed to Australia has died from injuries received during a May 25 tactical vehicle accident, III Marine Expeditionary Force said in a statement Wednesday. Lance Cpl. Hans Sandoval-Pereyra, 21, of Fairfax, Va., died Tuesday from injuries sustained in the accident while training at Mount Bundey Training Area in Australia’s Northern Territory, according to the statement. Sandoval-Pereyra was treated at the scene before being evacuated by helicopter to Royal Darwin Hospital, where he died, III MEF said. Another Marine received minor injuries from the accident and was released from hospital, according to the statement. “We are saddened by the loss of Lance Cpl. Sandoval-Pereyra. He was a beloved member of our community and our deepest sympathies go out to his family and friends,” Col. Russ Boyce, Marine Rotational Force – Darwin commander, said in the statement. “We are extremely grateful to our Australian partners for their valiant efforts to save this young Marine’s life.” Sandoval-Pereyra was an expeditionary airfield systems technician assigned to the rotational force’s aviation combat element. Prior to deploying to Australia, he was assigned to Marine Wing Support Detachment 24, Marine Aircraft Group 24, based at Marine Corps Base Hawaii, Kaneohe Bay. His decorations include the National Defense Service Medal and the Global War on Terrorism Service Medal. The cause of the accident is under investigation, III MEF said. —robson.seth@stripes.com Twitter: @SethRobson1