US Marine detained in Philippines after death of transgender Filipina 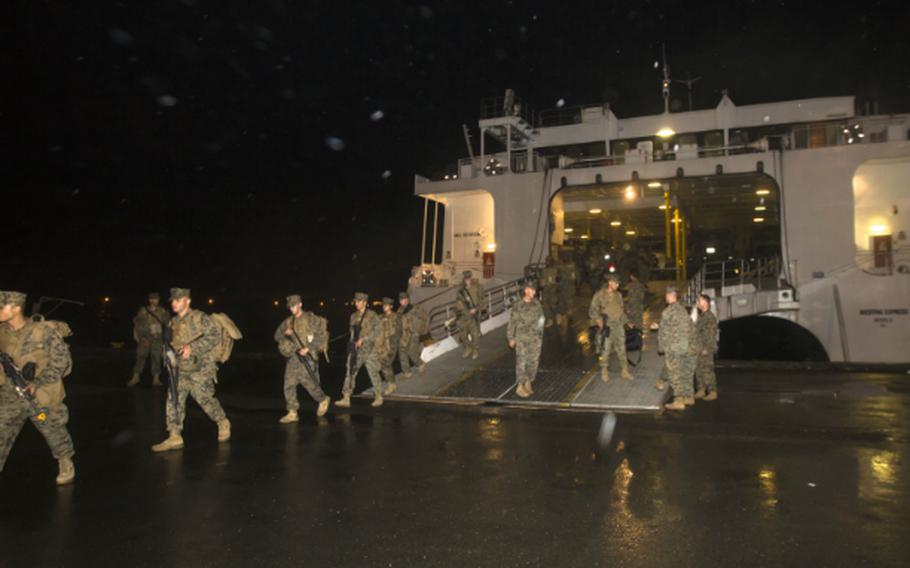 A Marine has been detained following the suspected murder of a transgender Filipina at Subic Bay.

Media outlets in the Philippines, quoting a police report, said Monday that the victim, Jeffrey Laude, 26, also known as Jennifer, was found dead on a floor inside the Celzone Lodge in Olongapo City.

A witness said he saw Laude enter the hotel with a short-haired male foreigner, aged 25-30, around 10:55 p.m. on Saturday, the reports said.

Later, Laude’s naked body, partially covered with a blanket, was found in a bathroom at the hotel.

The incident comes at a sensitive time for U.S.-Philippine relations.

The close allies are getting ready to implement an Enhanced Defense Cooperation Agreement — signed by President Barack Obama during a state visit in April — that will see large numbers of U.S. troops rotate through bases in the Philippines during the next decade.

Patricio Abinales, a University of Hawaii expert on the Philippines, said in an email Monday that Filipinos are likely to be angry about the alleged involvement of a Marine in Laude’s death, but that the incident won’t cause widespread opposition to a greater U.S. troop presence.

U.S. bases in the Philippines were closed in 1992, and some American counterterrorism trainers arrived in 2002. The deal for the return of significant numbers of American troops has generally been welcomed in the Southeast Asian archipelago, but a vocal group of students and leftists has protested, and the latest incident will give them fuel.

Marine Capt. Cassandra Gesecki, a spokeswoman for U.S. troops exercising in the Philippines this month, said Monday that she was waiting for approval to issue a statement.

The U.S. Embassy in Manila had no immediate comment.

But Philippine media reported that a statement was provided to them in which the embassy vowed to investigate the possible involvement of an American.

“We are aware of the situation and express our deepest condolences to the family and friends of the deceased. We are also aware that there are allegations that a foreigner, including possibly a U.S. national, was involved in the incident,” said the statement, aired by GMA News.

“We are currently looking into these allegations and working closely with the Philippine National Police to take all necessary steps to help identify the suspects,” the embassy added.

The new military pact with the U.S. is seen as key to deterring China, which, in recent years, has aggressively pursued claims to offshore natural resources that are also claimed by the Philippines.

“The ordinary Filipino is more concerned with and bothered by what China has been doing in the West China Sea and would actually demand that the U.S. be more involved in the Philippines' effort to slow down, if not stop, the Chinese advances,” Abinales said.

Filipinos understand there is a sense of urgency in crafting a deterrent against China based on annual exercises with the U.S., he said.

One thing that could be a source of tension in the Laude case is custody of the suspect.

The last major criminal investigation of a U.S. servicemember at Subic Bay involved Marine Lance Cpl. Daniel Smith, who was sentenced to 40 years by a Philippine judge for rape in 2005. Many Filipinos were angry when Smith was detained at the embassy, rather than a local prison, and then returned to the U.S. following a settlement with the victim’s family.

A Visiting Forces Agreement seems to suggest that the suspect in the Laude case could stay in the brig, rather than be handed over to local authorities, Abinales said while adding: “The Philippine and American governments will have their prestige intact, or even much better received by Filipinos, if the suspect is turned over to the Philippine courts.”

Whatever happens will be a landmark case, Abinales said.

“How politicians, especially in the [Philippine] Senate, pundits, opinion-makers, etc., will respond to this I think will depend on the outcome of the investigation,” he said. “So there are a lot of loopholes and controversial points that this case has raised.”