US, Japan agree on new plan to move Okinawa Marines to Guam 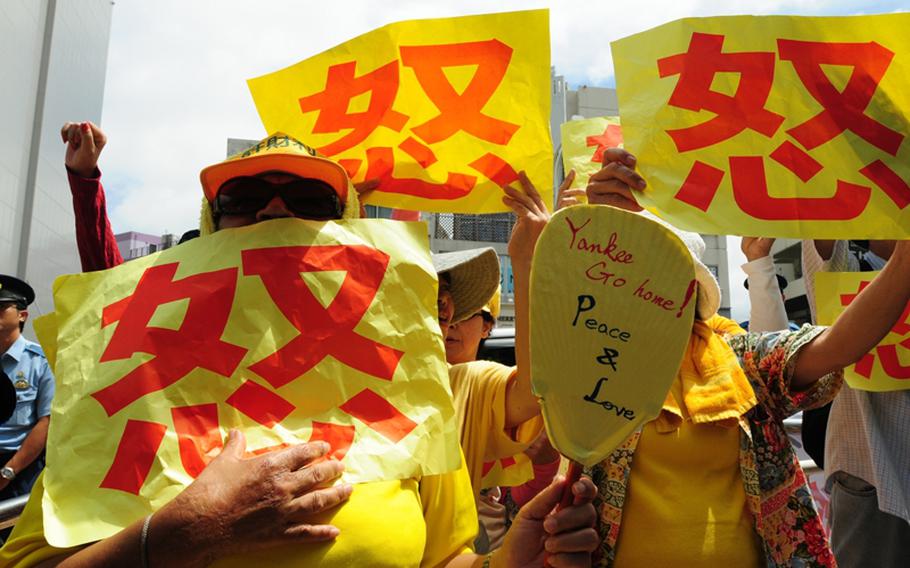 CAMP FOSTER, Okinawa &ndash; The U.S. and Japan will announce a new agreement today on the relocation of Marines from Okinawa to Guam, according to the Ministry of Foreign Affairs.The two countries will jointly confirm that negotiations in Washington, D.C., this week yielded changes to bilateral military realignment plans that have been stalled since 2006 due mostly to local opposition toward the U.S. military presence here, a ministry spokesman told Stars and Stripes.The announcement will follow various media reports in recent days saying the two countries are poised to reduce by half the number of Marines to be transferred to the territory of Guam, deploy thousands more to foreign bases in Australia and the Philippines, and also put off the most controversial aspect of the realignment plan &ndash; building a new Marine Corps airfield in northern Okinawa to replace the Futenma air station.The ministry refused Wednesday morning to elaborate on the details of the new agreement reached this week.A Japanese delegation from the Ministry of Foreign Affairs and the Ministry of Defense met Monday in Washington with Jim Zumwalt, deputy assistant secretary of state for East Asian and Pacific affairs, and Michael Schiffer, deputy assistant secretary of defense for East Asia, to discuss the Futenma issue, according to the State Department.Last week, a source in the Obama administration confirmed that the U.S. had already crafted the broad outlines of a new military configuration in the Pacific, according to the Bloomberg news service.That administration plan calls for shifting about 4,500 Okinawa Marines to Guam &ndash; reducing the current plan from about 8,600 &mdash; and rotating about 4,000 more Marines through Australia, Subic Bay and possibly other bases in the Philippines and Hawaii, the news service said, citing anonymous administration sources.In the meantime, the new agreement may leave the controversial Futenma air station issue unsolved for now, according to Japanese media reports.Deep Okinawan opposition to keeping the Marine Corps helicopters and aircraft on the island by building a new V-shaped runway and base where Camp Schwab now sits has blocked the project and kept the entire regional realignment plan stalled since it was conceived in 2006.The Futenma controversy has also caused political friction between the two allies, led Prime Minister Yoshihiko Noda to replace the minister of defense last month and forced Prime Minister Yukio Hatoyama to resign in 2010.The U.S. and Japan have insisted this week that they are still committed to relocating Futenma to a less urban area of Okinawa.trittent@pstripes.osd.milsumidac@pstripes.osd.mil