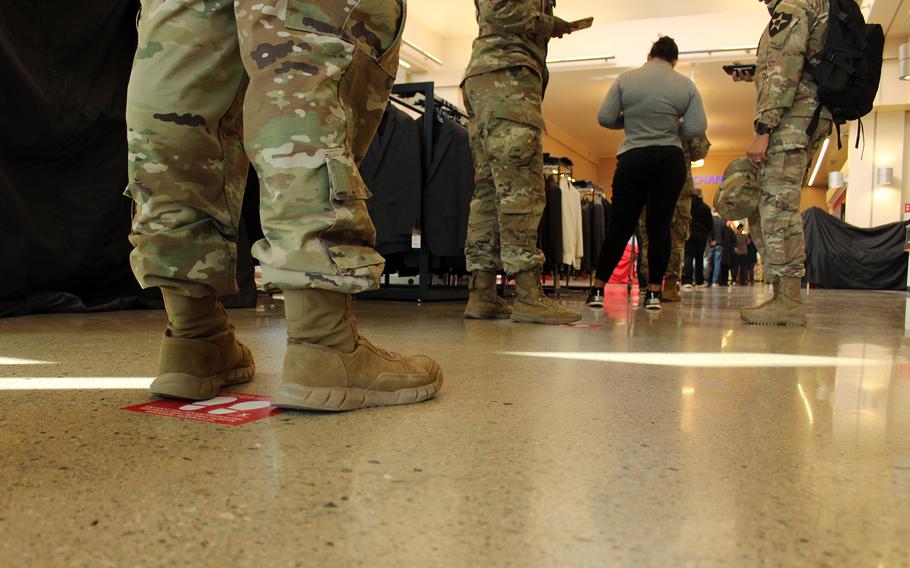 SEOUL, South Korea — U.S. Forces Korea took a step toward normalcy on Monday, easing coronavirus restrictions and allowing people to go to Seoul for the first time in months.

Underscoring the concerns, USFK said Monday that five more people connected to the military had tested positive after traveling to the divided peninsula from the United States.

The command stressed they posed no risk to the broader community because of a strict testing and quarantine process that begins immediately upon arrival.

Four of the individuals received positive results on their first mandatory test before entering quarantine, while the fifth tested negative on his first test but later developed symptoms and tested positive, the press release said.

All five were transferred to an isolation facility for coronavirus patients, it said.

In all, the command has confirmed 144 coronavirus cases since late February, although only 24 of those contracted the respiratory disease locally, with the most recent in mid-April.

Citing South Korea’s success in handling the virus, USFK announced Friday that it was lowering the health alert level to “Bravo” peninsula-wide, beginning on Monday afternoon. Bravo indicates a moderate risk of infection, according to Defense Department guidelines.

However, the new policy immediately suffered a minor setback as Seoul’s popular Namdaemun Market was designated off-limits again due to a local outbreak, according to a Facebook posting.

The command also stressed that personnel were still not allowed to go to bars, clubs and other adults-only establishments due to heightened risks posed by those facilities.

The military already had eased most restrictions in May but kept the South Korean capital off-limits except for people stationed there.