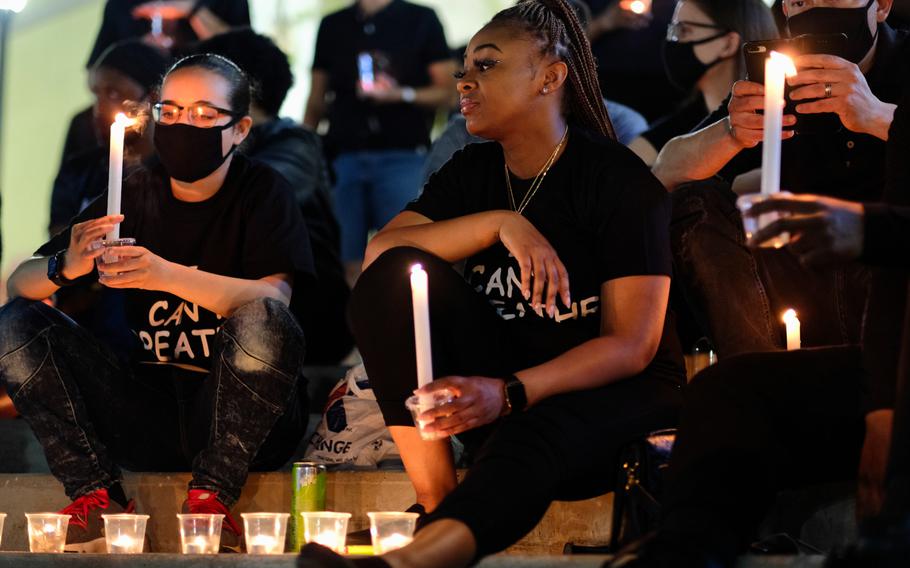 SEOUL, South Korea — As part of efforts to fight racial injustice in the ranks, U.S. Forces Korea launched a new “Strength in Diversity” webpage Wednesday to provide resources on how to deal with discrimination and an easy way to report it.

The site is the latest in a series of steps by USFK, which commands some 28,500 troops on the divided peninsula, to address widespread anger that extended to the military following the May 25 killing of George Floyd, an unarmed black man, under the knee of a white Minneapolis police officer.

The new webpage, which is linked to the main command site, provides a form for reporting abuses to USFK with just one click, either with identification or anonymously, along with educational tools and other resources.

In June, USFK commander Gen. Robert Abrams, wearing civilian clothes, convened a town hall-style meeting and promised action as several soldiers expressed frustration and described their own experiences with racism. USFK formed a task force and held a competition to choose a name for the campaign, which became “Strength in Diversity.”

Abrams also allowed troops to organize a candlelight vigil and celebrate Juneteenth, a holiday commemorating the end of slavery in the United States, on Camp Humphreys and other bases in South Korea.

The command was the first in the Army to ban the display of the Confederate flag in public areas on base, although it has since been extended military-wide.

“Commanders and leaders at all levels must create environments which allow individuals to speak openly and candidly about these issues without fear of reprisal,” Abrams says in a statement and video posted on the webpage. “Now is the time to have tough conversations.”

The site also has several educational tools and other resources to aid discussions on the issue.

Those include definitions of terms like “unconscious biases” — social stereotypes about certain groups of people that individuals form outside their own conscious awareness — and “microaggressions” — brief and commonplace daily verbal, behavioral, or environmental indignities.

Abrams has frequently noted that the issue has been taboo for too long in the military and urged his subordinate commanders to raise it with their units.

“Fundamentally, this is about changing people’s behavior and really embracing our core values where everyone is going to get treated with dignity and respect, regardless of race and gender,” Abrams said last month on American Forces Network radio. “We’ve had to learn a new language.”

Defense Secretary Mark Esper and other commanders also have expressed outrage over Floyd’s death and taken steps to address the issue, including effectively banning Confederate flags military-wide. But the Pentagon has not addressed calls to remove the names of Confederate generals from 10 bases.