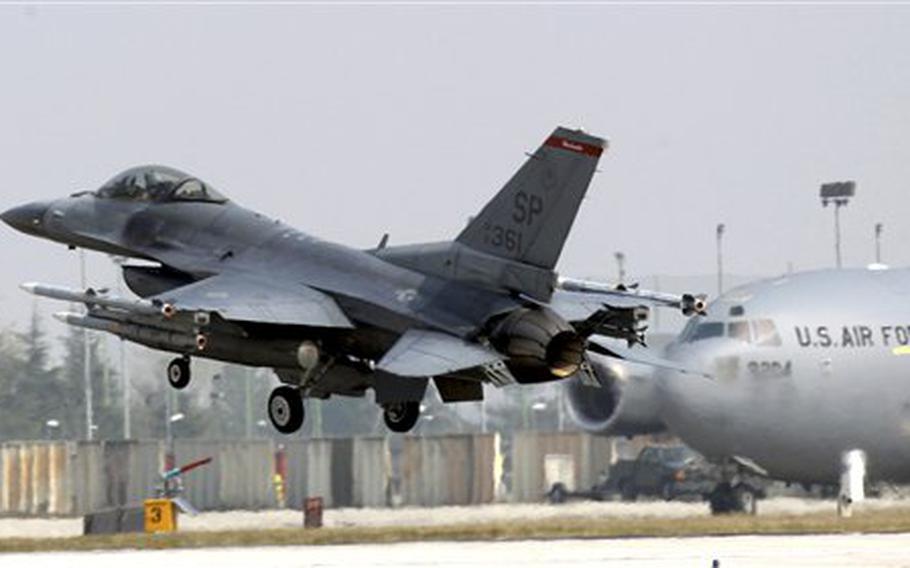 SEOUL &ndash; A U.S. Air Force F-16 Fighting Falcon crashed into a South Korean rice paddy Wednesday, about 150 miles south of Seoul, near Kunsan Air Base.The fighter jet crashed after the pilot safely ejected, and no injuries were reported, according to a 51st Fighter Wing news release.The U.S. military is in the midst of Foal Eagle, its largest annual joint exercise with the South Korean military. It was not immediately clear whether the F-16 was participating in the exercise at the time of the crash.