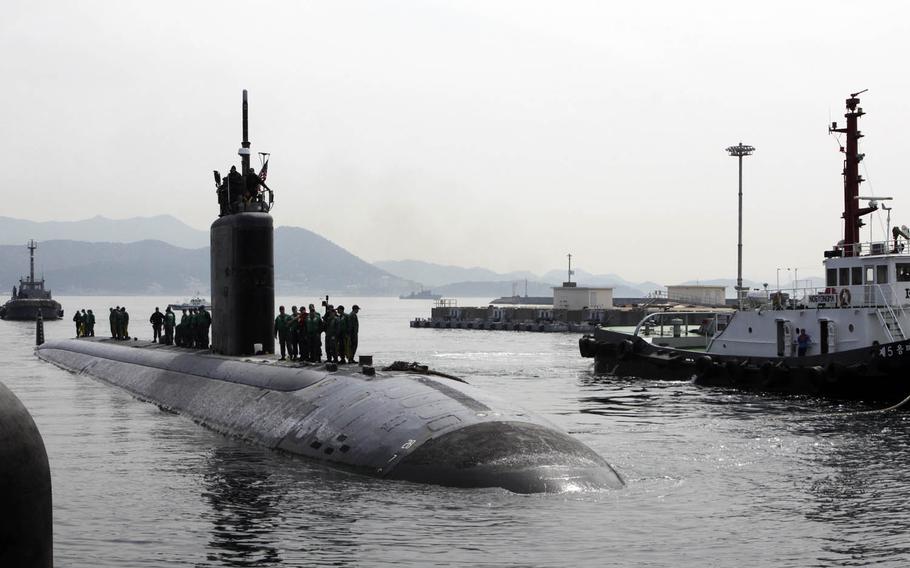 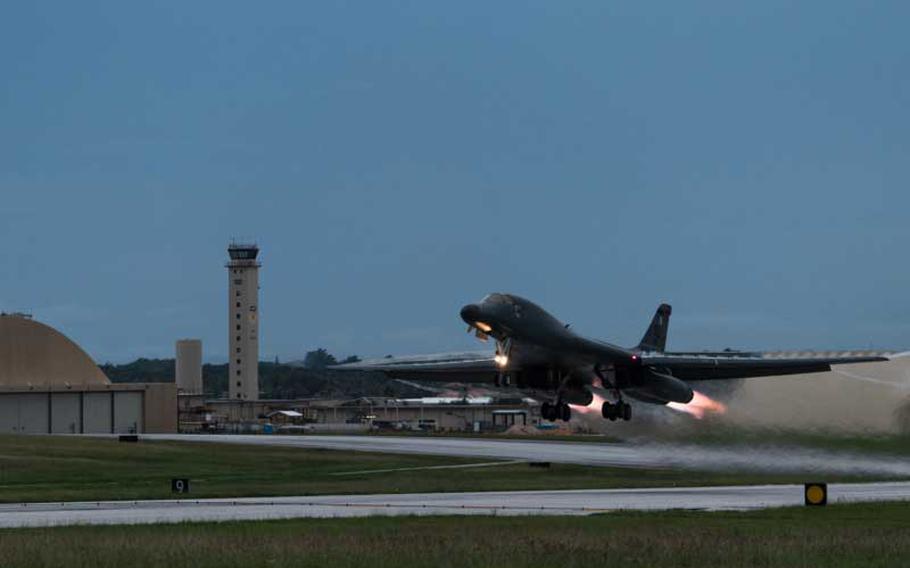 The show of force happened Tuesday as President Donald Trump met with his national security team to discuss options for dealing with the growing threat from the North.

The B-1B Lancers, which flew from Andersen Air Force Base in Guam, were joined by South Korean fighter jets after entering the Korean Air Defense Identification Zone about 8:50 p.m. Tuesday, the South Korean military said.

The warplanes conducted bombing simulations in the seas off both sides of the peninsula and flew across the territory in a nearly three-hour mission, according to the Joint Chiefs of Staff.

The Pacific Air Force said the bombers, assigned to the 37th Expeditionary Bomb Squadron, also trained with Japanese fighter jets on Tuesday, “making this the first time” the Lancers have conducted combined training with the allied nations at night.

Visits by U.S. warships and bombers along with regular joint exercises with the South infuriate North Korea, which considers them a sign of aggression and a rehearsal for an invasion.

North Korea watchers have been on alert for a possible provocation by the communist state in the days surrounding a key holiday Tuesday to mark the founding anniversary of its ruling party.

Fears the crisis could spiral into open conflict have risen as the communist state demonstrated rapid progress in its efforts to develop a nuclear-tipped missile that could target the U.S. mainland despite several rounds of punishing U.N. and other international sanctions against it.

The North has test-fired dozens of missiles, including two ICBMs in July. Most recently it launched a missile that flew over Japan and achieved the longest distance yet.

In addition to the missile tests, it has conducted six nuclear tests since 2006, including the most powerful one on Sept. 3.

The Air Force said Tuesday’s overflight demonstrated how U.S. military forces “are always ready to defend the American homeland and how the U.S. stands resolutely with Japan and [South Korea] to honor their unshakeable alliance commitments to safeguard security and stability.”

Separately, the Navy said a U.S. submarine that is capable of firing Tomahawk cruise missiles and torpedoes made a port call Saturday at the U.S. base in the South Korean city of Chinhae.

The 360-foot long USS Tucson, which is homeported at Pearl Harbor, arrived as part of its deployment to the region, a Navy statement said. It also stressed that the crew of about 150 “operates with a high state of readiness and is always prepared to tackle any mission that comes their way.”

"The Korean-American relationship is very important and our visit to Chinhae gives us the opportunity to strengthen the outstanding relationship that exists between the U.S. and [South Korea]," said Cmdr. Chad Hardt, commanding officer.

The United States frequently deploys bombers and other strategic assets to the Korean Peninsula to show off its military might in a warning to the North, which has test-fired dozens of missiles over the past year and a half.

Late last month, the Air Force sent two B-1Bs over international waters close to the North’s east coast. A South Korean presidential official said Tuesday’s operation was part of a recently agreed upon rotational deployment of U.S. military assets to the peninsula, according to the Yonhap News Agency.

Trump has responded with a series of bellicose statements, prompting a war of words with Pyongyang, which in turn has threatened to shoot U.S. bombers out of the sky and fire missiles into the waters near Guam. The White House said Trump met with members of his national security team on Tuesday to discuss the growing threat from the North.

“The briefing and discussion focused on a range of options to respond to any form of North Korean aggression or, if necessary to prevent North Korea from threatening the United States and its allies with nuclear weapons,” it said without elaborating.

Trump will travel to South Korea as part of a visit to the region that will take place from Nov. 3-14 and will include stops in Japan, China, Vietnam, the Philippines and Hawaii.