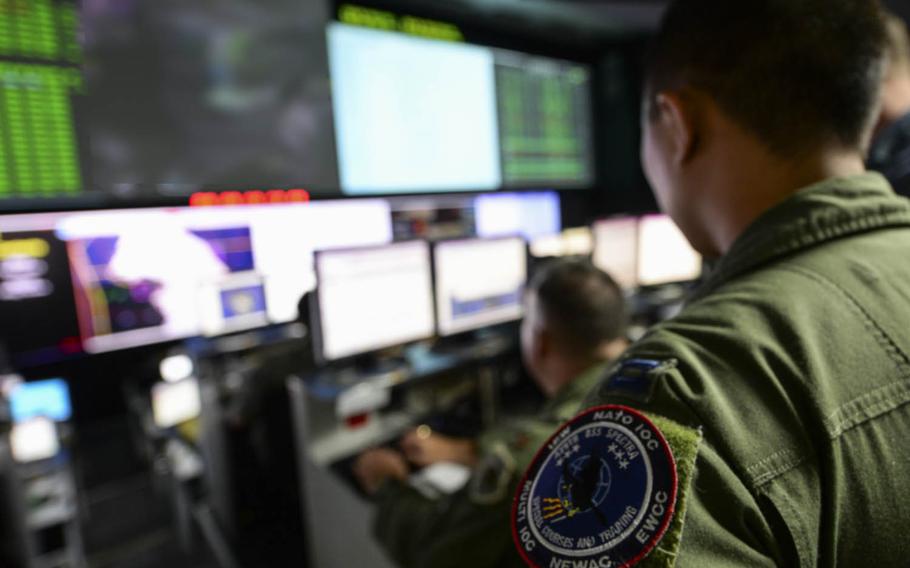 Members from U.S. and South Korean militaries man the Hardened Theater Air Control Center, at Osan Air Base, South Korea, during the first day of Ulchi Freedom Guardian, Aug. 17, 2015. Portions of the image were blurred for security concerns. (Courtesy of the U.S. Air Force)

SEOUL, South Korea — The U.S. and South Korea ended their annual Ulchi Freedom Guardian war games Friday after a tense two weeks that brought the two Koreas to the brink of conflict and, ultimately, to a negotiated deal to back off.

Approximately 50,000 South Korean and 30,000 U.S. troops participated in the computer command-and-control exercise, which began Aug. 17 and is among the largest joint exercises held each year.

While the U.S. and South Korea stress that military drills are nonprovocative and defensive in nature, Pyongyang routinely denounces them as a prelude to war and levels threats of destruction at the allies. It sometimes responds with displays of force, as it did at the start of the Key Resolve/Foal Eagle spring drills by launching two short-range missiles into the Sea of Japan.

But the Aug. 4 maiming of two South Korean soldiers by land mines in the Demilitarized Zone triggered an escalating set of events that were highly unusual even for an exercise period.

A United Nations Command investigation found that North Korea had planted the land mines along a known South Korean patrol route, which Pyongyang denied. Seoul responded by resuming loudspeaker propaganda broadcasts across the DMZ that it halted years ago. The North, in turn, restarted its propaganda broadcasts.

On Aug. 20, the countries exchanged artillery fire across the border. the North said it would put its troops in a semi-war state and set a 48-hour deadline for Seoul to halt its broadcasts or face military action. The U.S. and South Korea took the unusual step of temporarily halting UFG after the artillery exchange.

On Saturday, the allies flew eight fighter jets across the peninsula in a display of power. With just hours to go before Pyongyang’s deadline, the Koreas announced they would hold talks that evening at the truce village of Panmunjom.

After three days of negotiations, Seoul and Pyongyang announced an agreement early Tuesday that included an expression of regret, but no outright apology, from the North about the land mine attack. Seoul agreed to stop its propaganda broadcasts, and the nations agreed to continue dialogue in the future and hold reunions next month for families separated by the Korean War.

Despite the North’s condemnation of the military drills, a spokesman for South Korea’s Ministry of National Defense said he did not believe the talks included discussion about the war games.

UFG, which brings already-heightened military readiness for the U.S. and South Korea, may have tempered North Korea’s actions and kept the situation from escalating, analysts said.

“It was fortunate for us that we were doing the exercise while North Korea was provoking us,” said Yoo Chan-yul, a professor of political science and diplomacy at Duksung Women’s University in Seoul. “It showed our strong will and our determination and the strength of our alliance with the U.S.

“But North Korea may be more careful about real provocations,” he said.