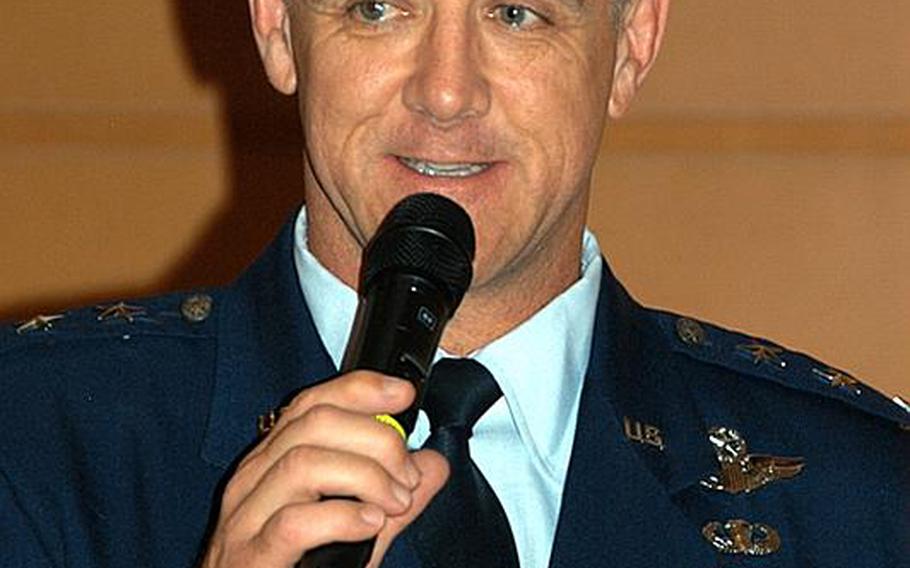 TOKYO &mdash; In the first few days of Japan&rsquo;s nuclear crisis this spring, the U.S. military wasn&rsquo;t fully prepared to deal with possible radiation exposure to its troops and equipment, the top U.S. general in Japan said Wednesday.

U.S. Forces Japan commander Lt. Gen. Burton M. Field talked about the radiation risk to U.S. troops during a briefing on Operation Tomodachi for members of the American Chamber of Commerce in Japan on Wednesday. The March 11 earthquake and subsequent tsunami damaged the Fukushima Dai-Ichi Nuclear Power Station, leading to the release of a radioactive plume that contaminated air and water as far south as Tokyo.

&ldquo;As the (Fukushima Dai-ichi) reactors exploded and they sent some of that radiation out, we had the issue with it being detected off shore by the Navy,&rdquo; he said. &ldquo;We had to start dealing with the kind of environment that the U.S. military had not really worked in, so we didn&rsquo;t have the strictest guidelines on what kind of risk we would take in terms of radiation exposure for our (service) members.&rdquo;

Servicemembers didn&rsquo;t initially know what kind of contamination procedures they would have to use for equipment that was going to be exposed to the radiation, he said.

Shortly after the earthquake, personnel from the Department of Energy departed the U.S. with radiation measuring equipment bound for Yokota Air Base, he said.

The equipment could measure radiation on the ground if it was flown over an area in an aircraft, Field said.

&ldquo;We figured out how to strap these things on airplanes and helicopters,&rdquo; he said. &ldquo;We asked the pilots: &lsquo;Okay, we are going to have you fly into weird and wonderful places that might have a lot of radiation. Who&rsquo;s in?&rsquo; &rdquo;

Every pilot who was asked volunteered for the mission, Field said.

U.S. Forces Japan has declined Stars and Stripes&rsquo; requests to release the levels of radiation or toxic substances detected in areas where U.S. personnel worked during Operation Tomodachi. The military also has not released levels of radiation detected on servicemembers&rsquo; clothing and equipment.

However, last week the U.S. Pacific Command&rsquo;s top surgeon Rear Adm. Michael H. Mittelman held town hall meetings at U.S. bases in Japan to tell people about a plan to calculate radiation doses received by each of the approximately 61,000 U.S. personnel living and working in Japan during the disaster. The military has already done &ldquo;internal monitoring&rdquo; of radiation levels inside the bodies of 7,700 personnel who worked in parts of the disaster zone closest to the damaged power plant, including those who flew over the disaster zone, Mittelman said.

The scans revealed that 98 percent of those personnel did not have elevated radiation inside their bodies, he said. Mittelman said that among the 2 percent of servicemembers (about 154 individuals) with elevated internal radiation levels the highest readings were about 25 millirems, equivalent to the dose that they would receive from 2 1/2 chest X-rays.

Field said he learned some lessons from the operation.

&ldquo;I would have been a lot smarter on the effect of radiation on humans, plants, animals, fish, ocean, land, air, soil, kids&hellip;,&rdquo; he said. &ldquo;I had zero idea about nuclear reactors before. I could probably teach a course in nuclear reactors and nuclear physics medicine at this point.&rdquo;