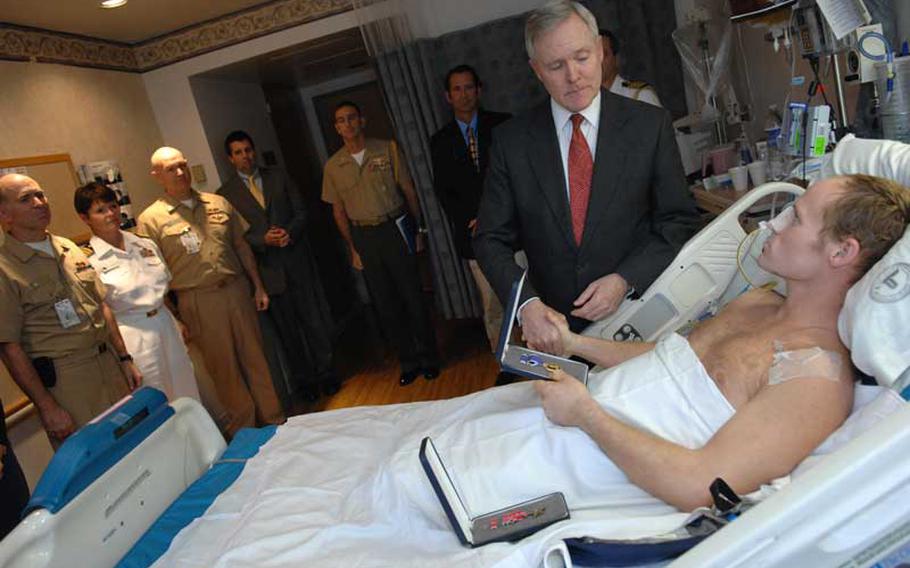 Secretary of the Navy Ray Mabus awards the Bronze Star with Valor medal and a Purple Heart medal to Navy SEAL Lt. Dan Cnossen at the National Medical Center in Bethesda, Md. on Oct. 1, 2009. Cnossen was wounded by an improvised explosive device in Afghanistan. (Courtesy of the U.S. Navy)

Newly released combat statistics from last year reveal an unprecedented number of castastrophic injuries suffered by U.S. troops in Afghanistan, according to an L.A. Times story.

The study by military doctors at the Landstuhl Regional Medical Center in Germany, where most wounded troops are sent before returning to the U.S., revealed the proportion of troops who had undergone amputations in 2010 to be much higher than in past wars.

The story quoted military doctors calling the findings "unbelievable" and saying, "Nothing like this has been seen before."