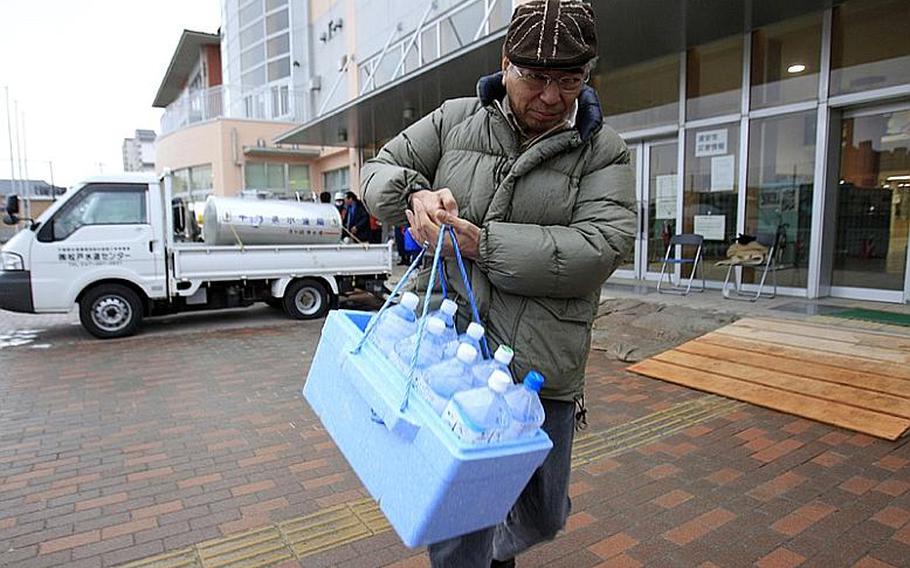 The U.S. Embassy in Tokyo said Thursday that pregnant women and children under the age of three in the city should only drink bottled water. The embassy warning cited reports from the Tokyo Metropolitan Government that radioactive iodine levels exceeding consumable limits for children under 3 had been detected at a purification plant Wednesday.

While food and water are safe to consume at bases in Japan, the military has &ldquo;enhanced our measures to safeguard food and water supplies on all our military installations in Japan,&rdquo; the USFJ statement read. &ldquo;As an extra precaution, we have increased the frequency of water tests to daily to ensure the safety of our personnel and their families.&rdquo;

The extra water tests follow days of other precautionary measures, including the mandatory pick up of potassium iodide pills by all U.S. military personnel and their immediate dependents in Japan.

Yokota Air Base commander Col. Otto Feather said Wednesday that the water at the base was &ldquo;delicious&rdquo; and drinkable.

Water tests at Yokosuka have not found any dangerous levels of radiation, base commander Capt. David Owen said in a broadcast message on AFN Thursday morning.

Yokosuka Naval Base gets its water from the Yokosuka municipal supply, Owen said. The base tests water in 16 locations, including the Negishi and Ikego housing areas.

&ldquo;There is no problem with our water,&rdquo; Owen said. &ldquo;If there is, we would immediately let you know.&rdquo;

During a televised news conference Wednesday, Ei Yoshida, head of water purification for the Tokyo water department, told reporters that infants in Tokyo should not be given tap water to drink.

Certain Japanese products such as milk and spinach have been pulled off shelves en masse following reports of tainted supplies of those foodstuffs originating from Fukushima prefecture, where the runaway nuclear power plant continues to leak.