U.S. bases in Japan likely to be spared summer blackouts 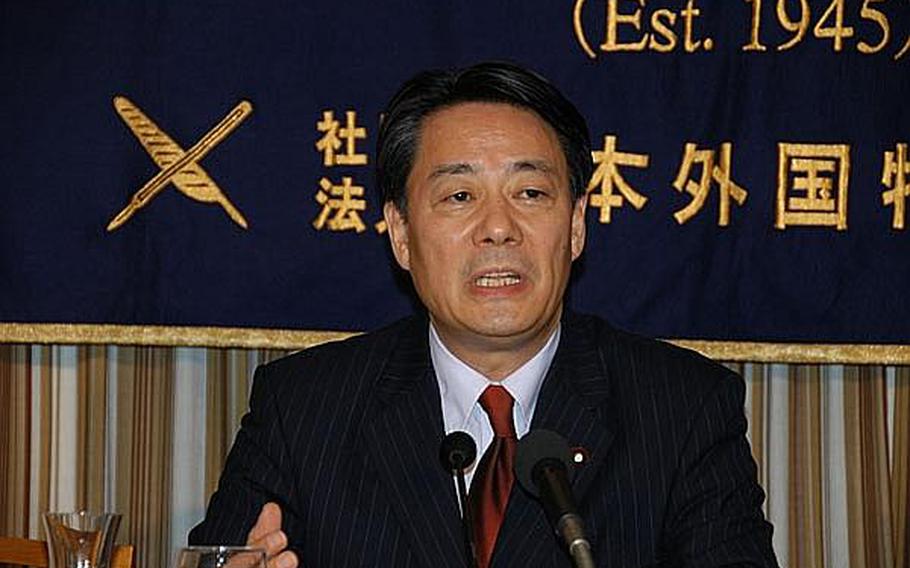 Buy Photo
Japanese Minister of Economy, Trade and Industry Banri Kaieda reassured U.S. personnel Wednesday that electricity would be provided to their homes, despite the country's continuing nuclear crisis. (Seth Robson/Stars and Stripes)

TOKYO &mdash; Plans to fire up dormant thermal and hydro-electric power plants, redirect electricity to Tokyo from other parts of Japan and cut energy use mean U.S. personnel in the Kanto Plain are unlikely to face rolling blackouts or sudden electricity outages this summer, according to the Japanese government.

Japanese Minister of Economy, Trade and Industry Banri Kaieda reassured U.S. personnel that all homes in the region would have continual electricity, despite the country&rsquo;s continuing nuclear crisis. The shutdown of damaged reactors at the Fukushima Dai-ichi nuclear power station means big cuts to the amount of electricity that the plant&rsquo;s owner &mdash; Tokyo Electric Power Company &mdash; can provide customers in and around the Japanese capital.

Energy managers on U.S. bases in mainland Japan had warned personnel to expect two-hour rolling blackouts and sudden electricity outages as temperatures rise and people start to use air conditioning..

However, Kaieda said TEPCO plans to restart several dormant thermal power plants and one hydro-electric plant to help make up the shortfall. The hydro-electric station will be particularly helpful since it can pump water into reservoirs during off-peak hours and then use that water to generate electricity when demand is high, he said.

&ldquo;Fossil fuel prices are very high,&rdquo; Kaieda said during a briefing Wednesday at the Foreign Correspondents&rsquo; Club of Japan. &ldquo;Probably in the long term electricity prices in Japan will go up.&rdquo;

Another effort to avert power cuts involves sending electricity from the Chubu and Kansai regions to Tokyo and Tohoku, he said.

&ldquo;It is like a game of billiards where you hit one ball and it hits another,&rdquo; he said of the plans to redirect power.

The government also wants businesses and households to cut their electricity use by 15 percent this summer, Kaieda said.

U.S. bases in Japan &mdash; which are looking to cut electricity by as much as 30 percent &mdash; are encouraging personnel to turn off lights and unused electronic devices such as televisions and computers, and to wash clothes during off-peak hours.

At Yokota Air Base, for example, officials have turned off half of the street lights and they are considering a change in work hours to take advantage of cooler morning temperatures. Base air conditioners will not be turned on until the weather heats up and, when they are turned on, temperatures will be kept at a balmy 78 degrees, officials said.

Kaieda said he was confident that the efforts of the community and the power companies would avert supply disruptions.

&ldquo;As a result of these measures we hope and believe that we will be able to provide enough electricity so we don&rsquo;t have to resort to rolling blackouts or sudden power outages,&rdquo; he said.