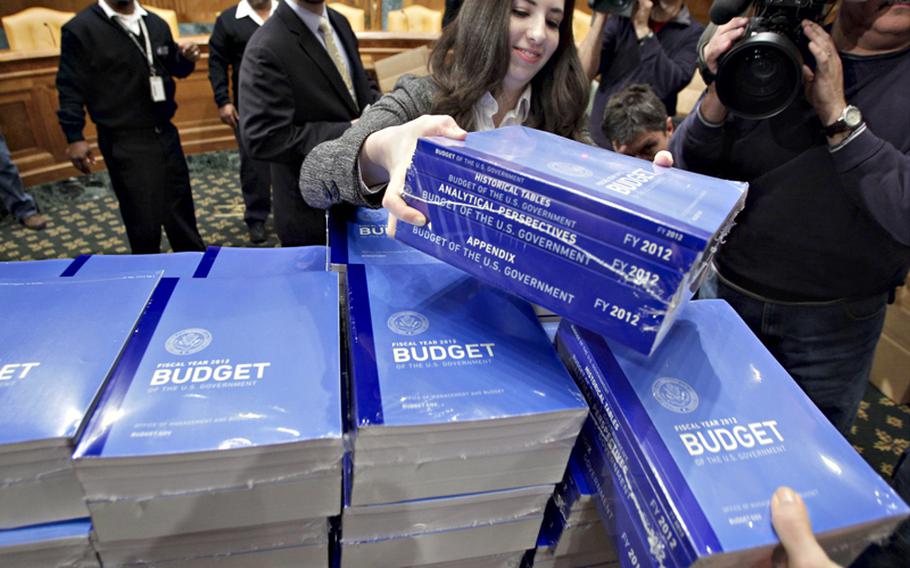 Copies of President Obamas 2012 budget are delivered to the Senate Budget Committee earlier this year. Congress and the White House are in a showdown over a massive, $662 billion defense bill. (Scott Applewhite/AP)

While on a tour of Asia, Defense Secretary Leon Panetta reportedly said the Pentagon would aim to cut in the neighborhood of $250 billion from its budgets over the next five years.The Pentagon is required to trim approximately $450 billion in the next decade as part of an August budget deal between the Obama administration and Congress.Panetta's comments came during a visit to South Korea, according to a Reuters news service article. Given that defense spending has substantially increased over the past decade, Pentagon officials have said cuts are possible without putting the nation in great peril, though Panetta and others have indicated there is a point where that would no longer be case.