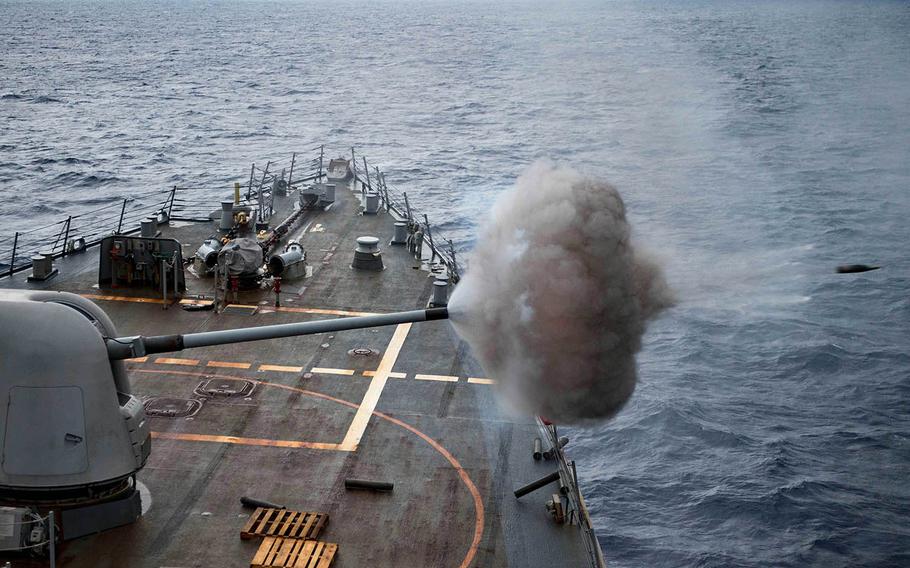 FORT SHAFTER, Hawaii — A pair of Navy ships passed through the Taiwan Strait on Sunday, a contentious passage that has become almost routine in the past half-year.

The destroyer USS Stethem and cargo ship USNS Cesar Chavez sailed through the strait that separates Taiwan and mainland China to demonstrate “the U.S. commitment to a free and open Indo-Pacific,” the Navy said in a statement.

China regards Taiwan as a renegade province that must, at some point, be reunified with the mainland. The United States normalized diplomatic ties with Beijing in 1979 and has agreed that under the “One China” policy Taiwan is part of the mainland.

But the U.S. has continued informal support for the island under the United States Taiwan Relations Act, under which it sells arms and provides military training to Taiwan.

Those sales have been a source of persistent irritation for Beijing — as are the Navy’s transits through the strait, which were once rare but are now becoming commonplace.

In late November, a guided-missile destroyer and fleet replenishment vessel sailed through those waters.

The Navy has also stepped up the rate of freedom-of-navigation transits near islands in the South China Sea that China has expanded and militarized. China, Vietnam, the Philippines and several other nations have ongoing claims of sovereignty over islands in the sea.

While the U.S. does not claim ownership of any of the islands and does not officially taken positions on the multination disputes, American officials have reiterated the right for all nations to transit international waters.

“The U.S. Navy will continue to fly, sail and operate anywhere international law allows,” the Navy said Monday of its most recent transit of the Taiwan Strait.