Trump’s threat to walk away from summit with N. Korea tempers growing optimism 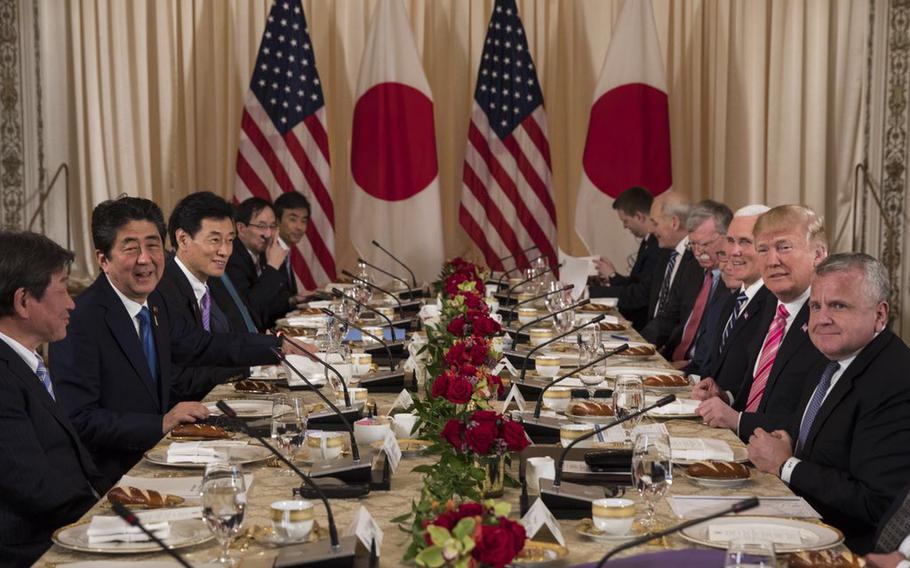 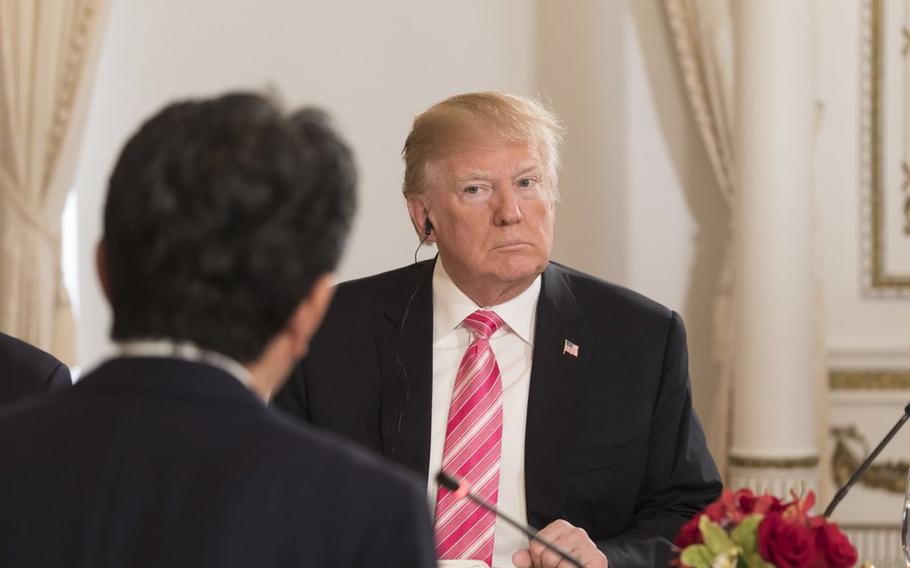 President Donald Trump threatened to walk away from the summit with North Korea if it looks like the two sides can’t make a deal, saying the United States will offer the communist state a “bright path” if it agrees to give up its nuclear weapons. (The White House via Twitter)

SEOUL, South Korea — President Donald Trump threatened to walk away from the summit with North Korea if the talks aren’t “fruitful,” underscoring the fragile nature of a burst of diplomacy aimed at ridding the communist state of its nuclear weapons.

His comments tempered growing optimism as U.S. and South Korean officials have raised expectations from hopes that the North would join the Olympics earlier this year to an agreement to discuss denuclearization and the possibility of a peace treaty to formally end the 1950-53 Korean War.

The president’s decision to send CIA director Mike Pompeo on a clandestine mission to Pyongyang over Easter weekend boosted confidence that the two sides were sincere about holding the first-ever U.S.-North Korean summit in coming weeks. Trump has said it could be held in May or early June, but no date or venue has been set.

Trump tweeted that the meeting between Pompeo and North Korean leader Kim Jong Un “went very smoothly and a good relationship was formed.”

But he later warned that he’s willing to cancel plans for the summit or even walk out of the meeting in progress if it doesn’t look like the two sides are headed toward agreement.

“Hopefully that meeting will be a success and I’m looking forward to it,” he said Wednesday during a joint press conference with visiting Japanese Prime Minister Shinzo Abe at his Florida resort.

Trump also insisted the United States would maintain its “maximum pressure” campaign of punishing economic sanctions and pressure until the North agrees to abandon its nuclear weapons program.

Tempered optimism South Korean President Moon Jae-in, who is preparing for his own summit with Kim on April 27, called for bold solutions to maintain the momentum toward peace after months of missile and nuclear tests by the North and threats of military action by both sides.

"President Trump's absolute support for dialogue on denuclearization has been a critical force in creating the dramatic change in conditions,” Moon said Thursday during a meeting of news executives. “But to speak objectively, we are only stepping over the threshold of dialogue now. It is too early to boast of success.”

Susan Thornton, acting assistant secretary of state for the region, is traveling to Seoul and Tokyo next week as part of summit planning, according to the State Department.

Experts have warned the process could fall apart as the two sides will likely have sharply opposed differences over the meaning of denuclearization.

While the U.S. and its allies insist on the verifiable dismantling of the North’s nuclear weapons program, the communist state has traditionally referred to a phased approach that would include the removal of what it perceives as the U.S. nuclear threat in the region.

That would be complicated because the North has in the past insisted that a treaty would mean the end to the need for U.S. troops on the divided peninsula as well as Washington’s guarantee to protect the South under its nuclear umbrella. Washington and Seoul have repeatedly rejected that idea.

Kim reportedly told Chinese President Xi Jinping he was willing to discuss denuclearization as part of a “phased and synchronized” process in exchange for security guarantees.

Stephen Blank, a former professor at the Army War College, said the North appears to be sufficiently confident in the military capabilities it already has displayed to feel that it can afford to suspend its testing program.

Kim “seems to believe that … he can suspend testing them for some months without any noticeable loss of capability or making other concessions to gain the prize from Washington – that is, a first meeting with a sitting U.S. president,” Blank wrote on the 38 North website.

“Now if negotiations fall apart, or don’t even get off the ground, Kim can always resume nuclear and ballistic missile testing if he feels it necessary, while other parts of the program – such as fissile material or even missile production – have not skipped a beat,” he said.

Japanese factor Abe, who met with Trump amid concerns that Japan was being left out of the latest burst of diplomacy, noted North Korea’s history of broken promises on denuclearization and said “there should be no reward for just engaging in dialogue.”

Trump agreed, saying there’s a “bright path available to North Korea, when it achieves denuclearization in a complete and verifiable and irreversible way.”

The Japan Times reported that Tokyo, Washington and Seoul are considering a plan aimed at the complete denuclearization of the North by the summer of 2020.

Previous talks succeeded in getting the North to agree to halt its nuclear weapons program in exchange for economic aid only to fall apart over allegations that each side was cheating.

The president surprised the international community when he agreed to an invitation to meet with Kim after a series of diplomatic breakthroughs that began with the North’s agreement to join the Winter Olympics in the South.

Trump told reporters the fate of three Korean-Americans detained in North Korea — Kim Dong-chul, Kim Sang-duk and Kim Hak-song — was a potential hurdle for the meeting, saying he was “fighting very diligently” to obtain their release.

He also said he had promised Abe that he would work hard for the return of Japanese nationals abducted by the North.

Pompeo, who is undergoing congressional confirmation hearings as Trump’s nominee to be secretary of state, was the most senior U.S. official to meet with a North Korean leader since Secretary of State Madeleine Albright met with Kim's father in Pyongyang in 2000.

James Clapper also traveled secretly to North Korea when he was director of national intelligence in 2014 to negotiate the release of two Americans, Kenneth Bae and Matthew Todd Miller.

The U.S. maintains about 28,500 servicemembers in South Korea and offers protection under its nuclear umbrella as the two Koreas remain technically at war.

Peace treaty pushSouth Korea has confirmed that it is seeking to possibly negotiate a peace treaty to formally end the Korean War.

Moon’s national security adviser, Chung Eui-yong, said he discussed the matter with his newly appointed counterpart, John Bolton, last week in Washington as part of preparations for the upcoming summits.

The U.S. signed the armistice agreement on South Korea’s behalf in 1953 and would have to be directly involved in a formal peace treaty.

Trump has said he would give his “blessing” for the two Koreas to discuss the issue.

“People don’t realize the Korean War has not ended. It’s going on right now. And they are discussing an end to the war,” he said Tuesday. “They do have my blessing to discuss that.”

The war pitted the U.S.-backed South against the communist-backed North so the Chinese also would have to be part of the discussion.

Kim Joon-hyung, an international politics professor at South Korea’s Handong Global University, pointed out a peace treaty would eliminate the need for the U.S.-led United Nations Command, which oversees the armistice and the truce village in the Demilitarized Zone.

“I anticipate that South Korea and North Korea are going to push ahead with it at first, then the U.S. will join and finally China will participate,” said Kim Joon-hyung, an international politics professor at South Korea’s Handong Global University.

“The United Nations Command is going to be unnecessary if the war ends,” he said.