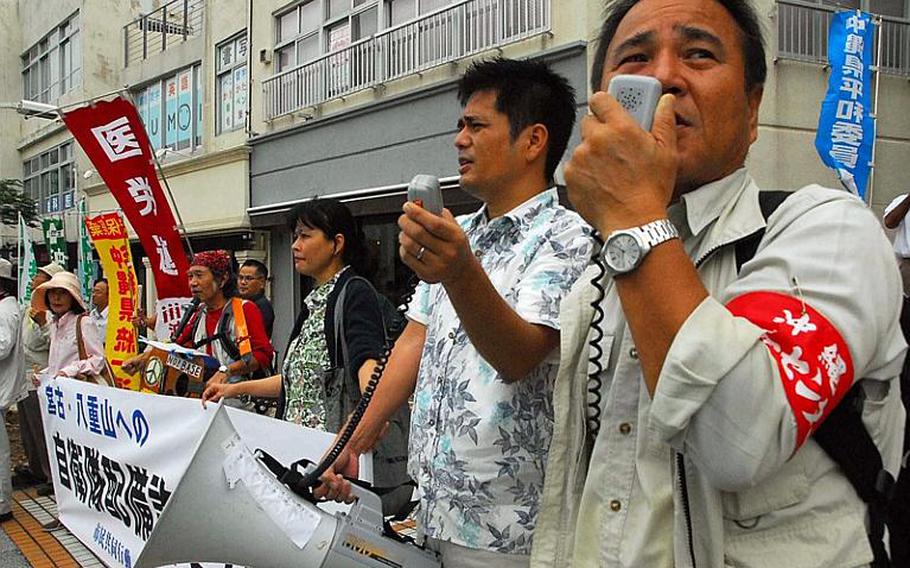 Defense Minister Yasuo Ichikawa meets with the Okinawa governor to deliver the announcement that Tokyo plans to finish an environmental study for the Futenma base relocation plan by the end of the year. (Travis Tritten/Stars and Stripes) 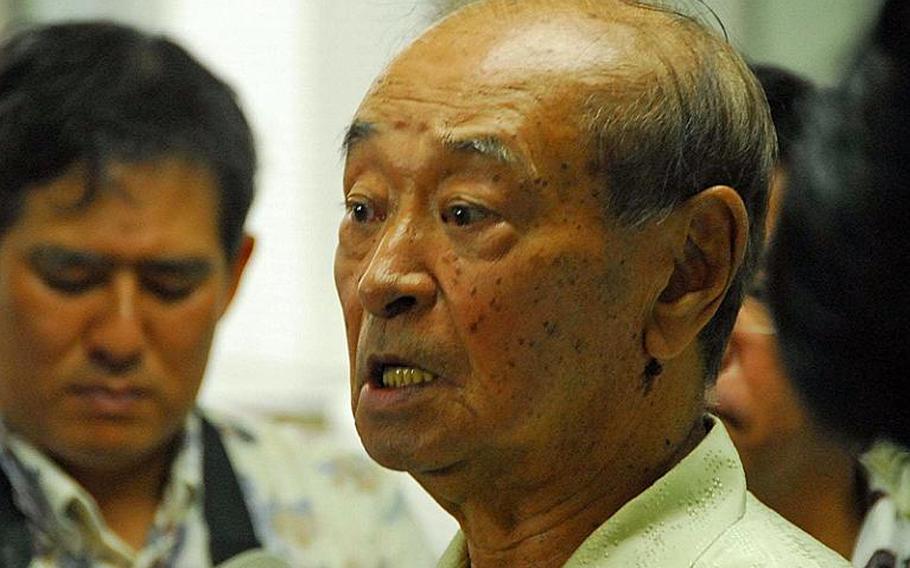 During his first trip as cabinet minister, Defense Minister Yasuo Ichikawa told local leaders that Tokyo plans to complete an environmental study by the end of the year and that study could clear the way for construction work on a Marine Corps replacement runway farther north on Okinawa.

The announcement marks a tougher stance from Japan on the stalled project since Prime Minister Yoshihiko Noda took office in August and comes just one week before Defense Secretary Leon Panetta is scheduled to meet with Japanese defense officials in Tokyo to discuss the relocation.

&ldquo;The Noda government regards the Futenma issue as an issue that &hellip; needs to be tackled with an all-out effort,&rdquo; Ichikawa said during a meeting with Okinawa Gov. Hirokazu Nakaima.

But Nakaima warned that local opposition could continue to hold up the widely unpopular relocation project indefinitely &ndash; and ultimately derail the effort to keep the air station on Okinawa.

The U.S. has been looking in vain for some progress on the relocation, which was part of a 2006 bilateral agreement and remains the controversial linchpin in a larger plan to shift U.S. military forces in the country and move about 8,600 Marines and their families to Guam.

Both governments approved runway designs for the project in June but also decided it unlikely to meet a 2014 completion deadline for the Futenma move and the larger realignment, thanks to years of delays caused mostly by opposition from Okinawa.

Ichikawa said the government is now reviewing data on how a new V-shaped runway built on reclaimed land off Camp Schwab might affect the environment in Henoko, a quiet coastline that is home to coral reefs and the endangered dugong, a relative of the manatee. If completed, the environmental assessment would be the most significant step forward for the project so far and the first movement since the runway design was released.

Japan has already amassed hundreds of pages of raw environmental findings on the Futenma project in recent years, and law requires that the data be collected in a final report and reviewed by Nakaima and the Okinawa prefectural government before ground can be broken.

&ldquo;Based on an agreement made between the U.S. and Japanese governments in June on the relocation site, design of the runway and other details, we are reviewing the assessment while giving consideration to the opinions given by the governor, so that the report should be ready to submit by the end of the year,&rdquo; Ichikawa said.

Following the meeting with the defense minister on Monday, Nakaima downplayed the importance of the environmental assessment, saying even if completed, it does not mean a replacement facility will be built or that the Marine Corps aircraft will remain on the island.

The governor is required to approve reclamation of land during construction projects within his prefecture, meaning that Nakaima could have veto power over a new runway on Okinawa.

If he refuses to allow the runways to be reclaimed from the ocean, Tokyo may be faced with the option of forcing the project through eminent domain or the courts, which would carry deep political risks and freeze work for years due to litigation.

Meanwhile, Nakaima said his government is likely to raise many concerns in the coming months about the environmental consequences of the relocation to the central government, which could delay any final report beyond the end of the year.

&ldquo;If they want to pursue the project, it will consume extraordinary amount of time, making it practically impossible to happen,&rdquo; Nakaima said. &ldquo;Therefore, I have been suggesting that they move [the Marine Corps base] somewhere on mainland Japan. It would be much more feasible and faster to complete.&rdquo;