Tokyo’s streak of 100-plus coronavirus cases continues into Wednesday 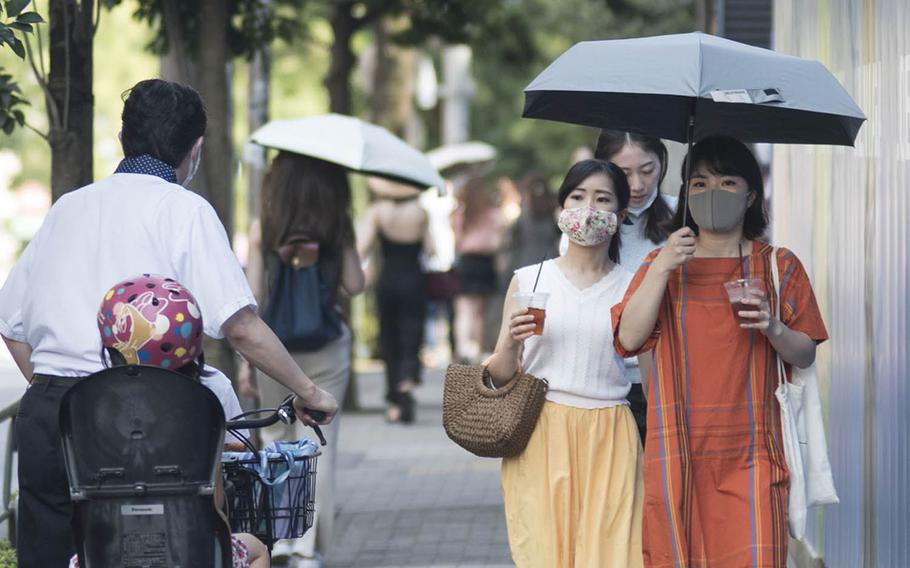 Buy Photo
People wear masks to guard against the coroanvirus during a recent afternoon in the Omotesando distrcit of central Tokyo. (Akifumi Ishikawa/Stars and Stripes)

Wednesday was the ninth consecutive day that the Tokyo Metropolitan Government reported more than 100 infections, according to public broadcaster NHK. However, the rolling, seven-day average of new cases has fallen steadily from 225.4 on Aug. 26 to 196.7 on Tuesday.

The city of 13 million has reported 21,128 confirmed coronavirus cases during the pandemic, of which more than 18,000 have recovered and 364 have died.

Yokota Air Base in western Tokyo on Wednesday reported that one person tested positive for the virus. The patient recently returned from the United States through the city’s Haneda International Airport, where Japanese authorities administered a test for the virus, which was returned Tuesday.

U.S. Army Japan, headquartered 28 miles southwest of central Tokyo, reported one new case Wednesday, also a person who recently traveled and was tested at Haneda by Japanese authorities upon returning to Japan, according to an Army news release. That test was administered Tuesday.

Both individuals were already in a two-week quarantine, a requirement of any U.S. military personnel, civilian employees, contractors and family members who return from travel outside Japan or are new arrivals to the country.

Although not reported by the U.S. military as of Wednesday, a Japanese employee assigned to Stars and Stripes at the Hardy Barracks compound in central Tokyo tested positive on Aug. 30. The office worker, whose duties lie outside the newspaper’s editorial and printing operations, had been teleworking and last visited the Army installation about 10 days earlier to carry out tasks that could not be done remotely.

On Okinawa, home to the bulk of U.S. forces in Japan, a prefectural health official on Wednesday said testing was suspended while the island cleans up after Typhoon Maysak, which brushed by on Monday and Tuesday. The prefecture reported 14 cases Wednesday but expects more when it sizes up the week thus far on Thursday, the health official said.