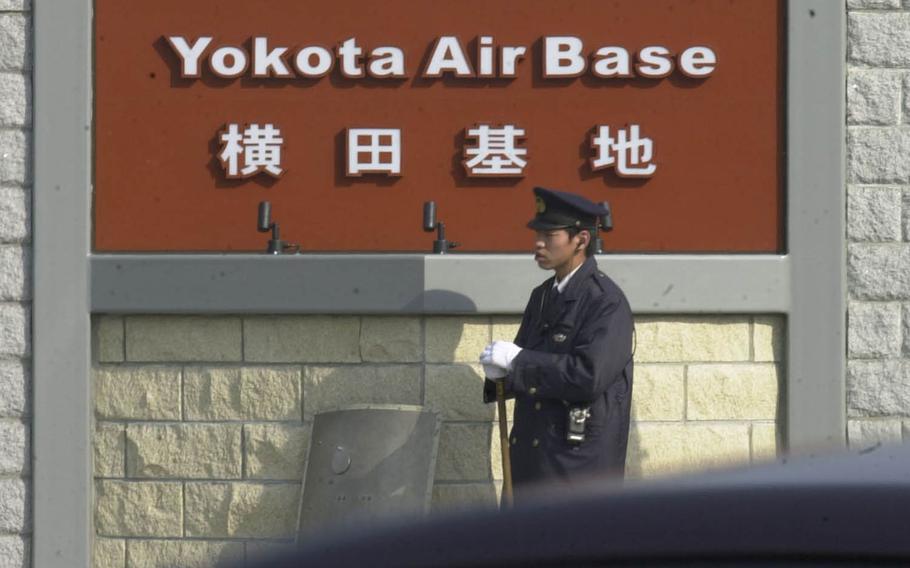 YOKOTA AIR BASE, Japan — A former U.S. service member was arrested this week after allegedly throwing a sheet of glass at an entry gate late last year at the home of U.S. Forces Japan in western Tokyo.

Louis Bonamigo, 51, an unemployed man living in Mizuho, a city near Yokota Air Base, was taken into custody Tuesday on suspicion of forcible obstruction of business, a Tokyo Metropolitan Police spokesman said Wednesday.

Traffic and military police operations were interrupted at Gate 20 after the glass shattered there at 4:40 a.m. Dec. 15, according to the spokesman. It’s customary in Japan for some government officials to speak to the media on condition of anonymity.

There were no injuries, according to Japanese broadcaster TBS. Police are looking into links to other incidents involving objects thrown onto the base, including a sofa in December and a large plastic box in September.

A spokeswoman for Yokota’s 374th Airlift Wing, Kaori Matsukasa, in an email Thursday declined to comment because Bonamigo is not in Japan under the status of forces agreement. She referred questions to the U.S. Embassy in Tokyo, which did not immediately respond Thursday.