Tokyo Disneyland and DisneySea to reopen July 1, but US troops won’t be able to visit 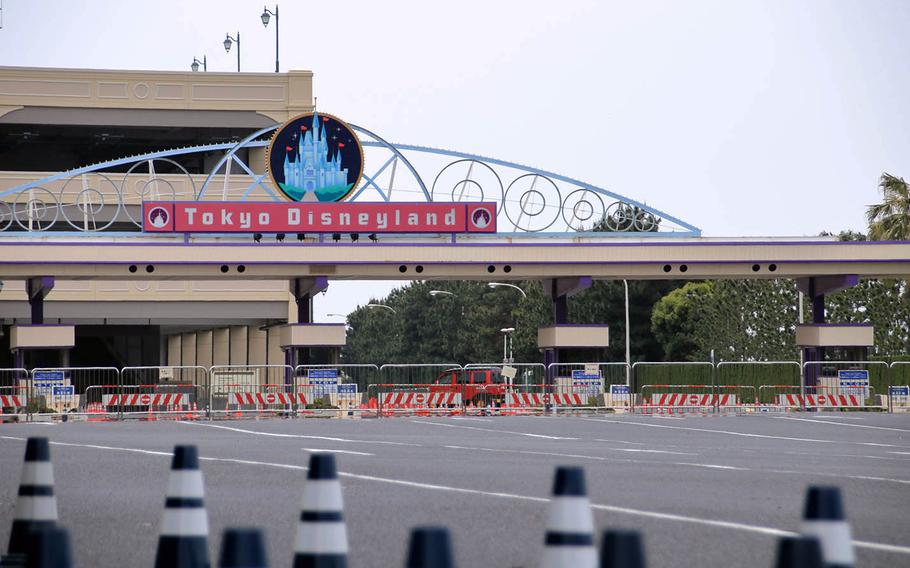 Buy Photo
An entrance to Tokyo Disneyland is closed off on May 12, 2020. (Akifumi Ishikawa/Stars and Stripes)

TOKYO — Tokyo Disneyland and DisneySea in Chiba prefecture, Japan, will reopen on July 1 after being closed four months due to the coronavirus outbreak, the parks’ operator announced Tuesday.

“Health and safety of the guests and the casts will be our first priority when we resume operation of both parks,” said an Oriental Land statement posted on its website.

However, the Japanese versions of “the happiest place on Earth” will be off-limits initially to U.S. military personnel, Defense Department civilian employees and contractors, as well as their family members. A public health emergency declared by U.S. Forces Japan in April remains in effect until July 14, along with restrictions imposed at U.S. bases in and around Tokyo.

Although individual commanders at Army, Air Force, Marine Corps and Navy bases in the Tokyo metro area have relaxed some restrictions under the emergency, leisure travel to Tokyo and Chiba prefecture to the east remains prohibited. U.S. personnel may move around only in their local areas, the prefectures in which they live and work or, in some cases, an adjacent prefecture. Chiba does not fall into those categories.

The parks will implement measures to ensure their visitors’ safety, such as limiting the number of visitors entering the park, on rides, and in shops and restaurants inside the park, Oriental Land’s statement said. Some rides and facilities may be closed.

Visitors also must buy fixed-date tickets online prior to visiting the park, it stated.

Visitors will be asked to cooperate in temperature screening before entering the parks and to wear face masks. They also must practice social distancing and disinfect their hands.

The Japanese government lifted its state of emergency on May 25 and theme parks gradually resumed operation. Universal Studios Japan in Osaka reopened earlier this month, while Tokyo Disneyland and DisneySea remained closed.

Restrictions placed by the Japanese government on travel between prefectures was completely lifted nationwide on Friday. The country had reported 17,968 total infections and 955 deaths as of Monday, according to Ministry of Health, Labour and Welfare.