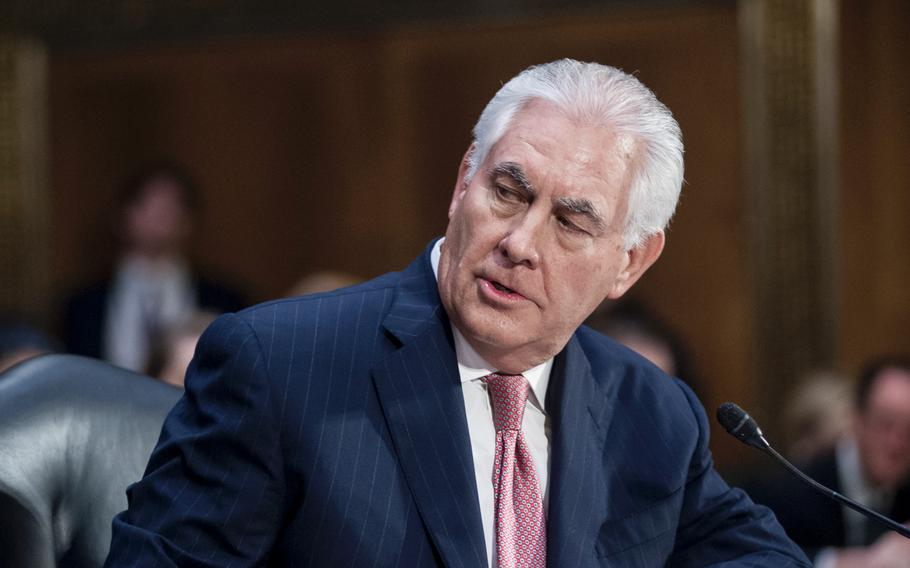 Secretary of State Rex Tillerson will return to China this week to discuss North Korea and trade and investment issues.

Tillerson’s visit, which is scheduled to run through Sunday, “reaffirms the [Trump] administration’s commitment to further broaden and enhance U.S. economic and security interests in the Asia-Pacific region,” a department statement said.

Last week at the United Nations, Tillerson appealed to the international community, especially Russia and China, to stop the spread of nuclear weapons, calling North Korea a case study of the failure to prevent rogue states from obtaining weapons of mass destruction.

He called Beijing's cooperation essential to prevent "a catastrophe" and conflict on the Korean Peninsula. If China truly wants to denuclearize the peninsula, he said it should work "to put the kind of pressure on North Korea that can change its strategic calculation before it's too late."

China – Pyongyang’s only major ally – announced last week it will limit energy supplies to the North and will stop buying its textiles in accordance with U.N. Security Council sanctions adopted after the isolated state’s sixth nuclear test on Sept. 3.